Every year whitewater legend and Green Race local, Shane Benedict from Liquidlogic Kayaks covers the Green Race for us at Kayak Session Magazine.

The 26th Green River Narrows Race had a lot of records, not necessarily the one we were hoping to see.  Though we all hoped for a push at the 4 minute race lap, what we saw instead may be more encouraging for the sport itself.  There were more women, and juniors entered than ever before, and it probably would have been the biggest field of racers total if entries hadn’t been capped.  On top of that the junior and women’s categories were deeper in skill level and up to the task of racing the Green.  The other prevalent story of this year’s race was the overall quality of the paddlers.  There wasn’t a final tally on the number of swimmers but most believed it to be less than 10 which compared to the races of the last 10 years is probably half the average. All that to say it was an incredible day in the Gorge with the shores packed with spectators and the river full of paddlers for the first time in a little while. 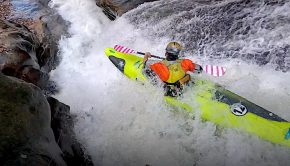 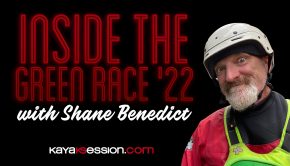 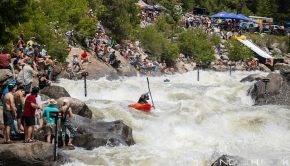 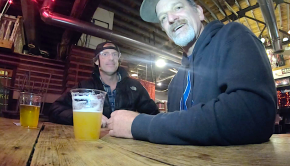