Rivers are the veins of our planet. They are the ones who hosted first civilizations and nourished humanity and wildlife since the dawn of time. In the ‘new age’ we somehow lost the gratitude towards them and started seeing them as dangerous torrents destroying everything in front of them. The only benefit we now see in Rivers is hydro power. But as so many things we brought this perception way too far. Europe is damned in more than one sense. All that is left untouched in the Old continent is condensed in the Balkan Peninsula. There Rivers still flow free and support abundant and diverse life. However they are under threat of a unprecedented dam craze. They are The Undamaged – we are fighting to keep them like they are; astounding, pristine and undammed!

The upcoming full-length documentary will expose the story of Balkan Rivers that were the red line of Balkan Rivers Tour – the project that was and still is the biggest European River Conservation action. When fighting for the justice and paddling with a purpose you can’t avoid seeing that that Nature Conservation is Rock’n’Roll and feels so right. 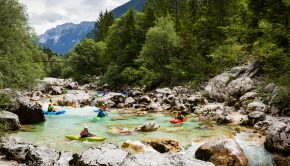 Soča for All, Sign the Petition & Join the Demonstration on Oct 26th → 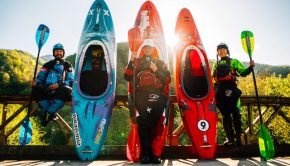 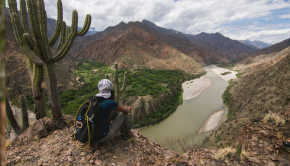