It’s the start of a big two weeks for canoe slalom racing in New Zealand, with the New Zealand Open kicking things off in Mangahao this weekend (Jan 21/22).

It’s the start of a big week for the sport in New Zealand, with the Oceania Championships in Auckland five days later at the new Vector Wero Whitewater Park in Manukau.

Top Kiwis Luuka Jones and Mike Dawson will spearhead the local charge this week on the Mangahao River, at the Mangahao Power Station near Shannon, with Rio de Janeiro K1 silver medalist Jones again testing herself in both the K1 and C1 classes ahead of a possible double tilt at Tokyo in 2020.

Jones announced her intention to race both classes at the inaugural Whitewater XL at Vector Wero in November and performed spectacularly on limited training, although Frenchwomen Nouria Newman took out the overall WWXL title.

Jones beat Newman at the New Zealand Open last year and the pair will resume their K1 battle this weekend, with Alison Borrows (Australia) and Czech paddler Veronika Vojtová adding depth to the women’s field. Vojtová won world championship gold in the K1 teams at London in 2015.

The men’s field is even deeper, with Biazizzo taking out the ICF World Cup series title in Slovenia and Delfour – who was born in French Polynesia but has competed for Australia since 2010 – finishing second in 2015.

Gilbert goes into the New Zealand Open as defending champion, having beaten Dawson for the first time at the same event 12 months ago.

This weekend’s racing starts at 9am on Saturday, with semifinals and finals on Sunday. 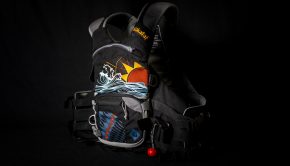