Other Rivers (Searching for Rivers in Northern Sweden)

In my grandmothers apartment, I found an old photo album. Page after page showed beautiful pictures from the Swedish mountains, but more than that, rivers, Other Rivers. A film about trying to find never before paddled rivers north of the arctic circle in Sweden. The story is told by the people who experienced the trip, showing some of the emotions going through your mind when undertaking these trips.

Music from the album Other Rivers by Matthew and the Atlas.
matthewandtheatlas.com/ 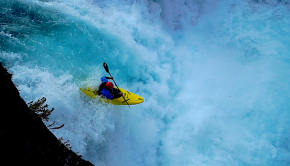