« Sometimes I get crazy ideas that I refuse to let go… And this was something I just HAD to do. It’s rare to have a weather window in the Northwest where the Little White is at a high level and there’s sunshine out. In March, I saw the window coming and I decided to throw down my own personal money (with a little support from Sweet Protection) to document a top to bottom descent of the Little White at 4.7 with a @Gyro Stabalized System on a helicopter. (Basically a half million dollar camera used to get super stable aerial shots).. This wasn’t for a particular project or a film. It was just something I wanted to sit back and watch myself with my friends. A total selfish passion project that is completely my own. Thanks to @teton gravity for making the trip over with their system… And of course to all the boys for making it out that day. Page, Freddy, Parker, EG, Benny, etc. I love this river! » 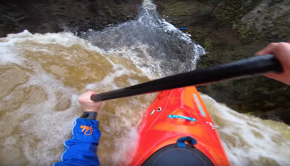 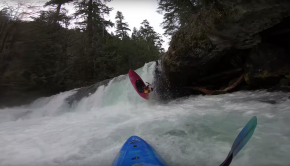 Fail to Succeed on the Ldub →