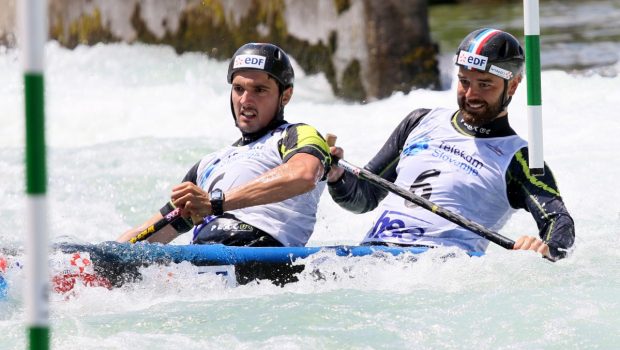 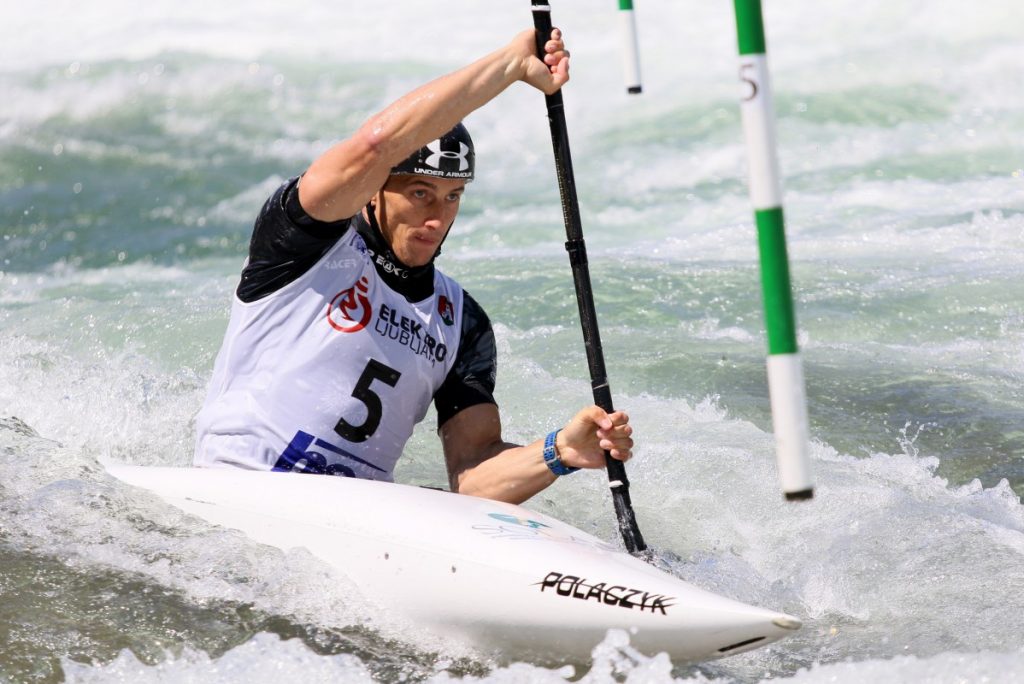 “I am really shocked and really satisfied, because I always had problems with European Championships. I have three medals from World Championships and nothing from European, so I am really happy to take the gold in Tacen,” said Polaczyk.
Only 0.57 seconds behind him was his compatriot Dariusz Popiela and Jiri Prskavec (CZE), defending champion, finished third. This is his fifth individual medal from the European Championships.
In women’s C1 final Kimberley Woods from Great Britain celebrated her second European Champion title. She was the best also in 2015 in Markkleeberg, Germany. Her advantage was the biggest of all in the finals we saw today.

Woods was the best also at last year’s World Cup final held on the same course, so she is very fond of the venue.
“Solkan is one of my favourite courses as well. Tacen is one of the best with the big drop at the bottom. Not having trained much at the bottom of this course, it is so big and bouncy, and I train in Lee Valley which is the same as here. So, this is one of my favourite courses.”
Tereza Fišerova (CZE) was 2.59 slower to pick up silver medal and Nadine Weratschnig (AUT) was third.
In the final event of the day French crew Pierre Picco – Hugo Biso won European Champion title in men’s C2. “It is amazing day. This is our first victory in senior [category]. We like the place,” said Hugo Biso, and Pierre Picco added, “Our run was very very good, it was a great pleasure to practice C2 here. I am very very happy.”
Polish duo Filip and Andrzej Brzezinski was second and Czechs Jonaš Kašpar and Marek Šindler finished third.
On Sunday the 2017 ECA Canoe Slalom European Championships will close with semi-finals and finals in women’s K1 and men’s C1 events.