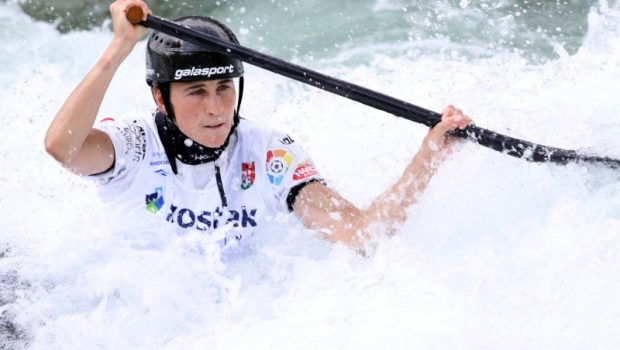 The 2017 European Canoe Slalom Championships kicked off in Ljubljana, Tacen, on Thursday, with the biggest surprise being the failure of multiple Olympic medallists Peter and Pavol Hochschorner to make the semi-finals of the men’s C2.

Most of the favourites came safely through to the semi- finals, and despite the surprise of the Hoschschorner twins, Slovakia still qualified first in the C2M thanks to reigning Olympic champions Ladislav and Peter Škantar.

“Some things were good and some not completely good, but I am happy with the start. I passed the first step, I need to keep fighting. The course is great. The first drop is amazing – I really like it, I like the water movement,” said Vilarrubla after the first competition day.

In the last event of the day Vit Prindiš (CZE) stopped the clock at 90.19 to win men’s kayak heats. 2008 Olympic medallist Alexander Grimm finished second and another Czech, who is also a reigning European Champion, Jiri Prskavec was third.

On Friday we will first see heats in K1W and C1M events, and in the afternoon the first medals will be awarded for team events in all categories.