When whitewater paddlers discuss the world’s top destinations, a few “C” places consistently make the list: Corsica, California, Chile. All three possess clean sculpted riverbeds and mild climates, but only one of them exists in the southern hemisphere, and that, of course, is Chile. The Pacific coastline of South America is a mirror image of North America’s Pacific Rim—a confluence of ocean and mountain where seasonal rains fall as snow in the high country. In California, the mountains are called the Sierra Nevada. In Chile, the snow catchers are the continent-shaping Andes. Although northern Chile is mostly desert, appealing rivers begin to course out of the Andes in central Chile near the capital city of Santiago, and they only get more numerous as one travels south. Three hundred miles from the capital lies the Bio Bio, one of the first rivers to attract widespread attention among river runners. Dam proposals created a mad rush to run the Bio Bio during the late 1980s, bringing some of the world’s top paddlers to the region. Sadly, river runners and conservationists lost their fight to save the wild river, and by the 1990s, the rapids were drowned in favor of power.

By then, the influx of paddlers that came for the Bio Bio had explored new rivers farther south. Soon, the word was out on Chile. Climbing icon Royal Robbins and millionaire conservationist Doug Tompkins led the first wave of modern river exploration, followed by legendary California kayaker Lars Holbek. Holbek’s chief find was a large blue river in a quiet valley called the Futaleufu. Another decade passed before yet another perfect big water ride was found in Chile’s far south—the Baker. Twenty years after the Baker’s kayak discovery, it too is now slated for hydropower development, a move widely opposed by area residents and the world paddling community alike. 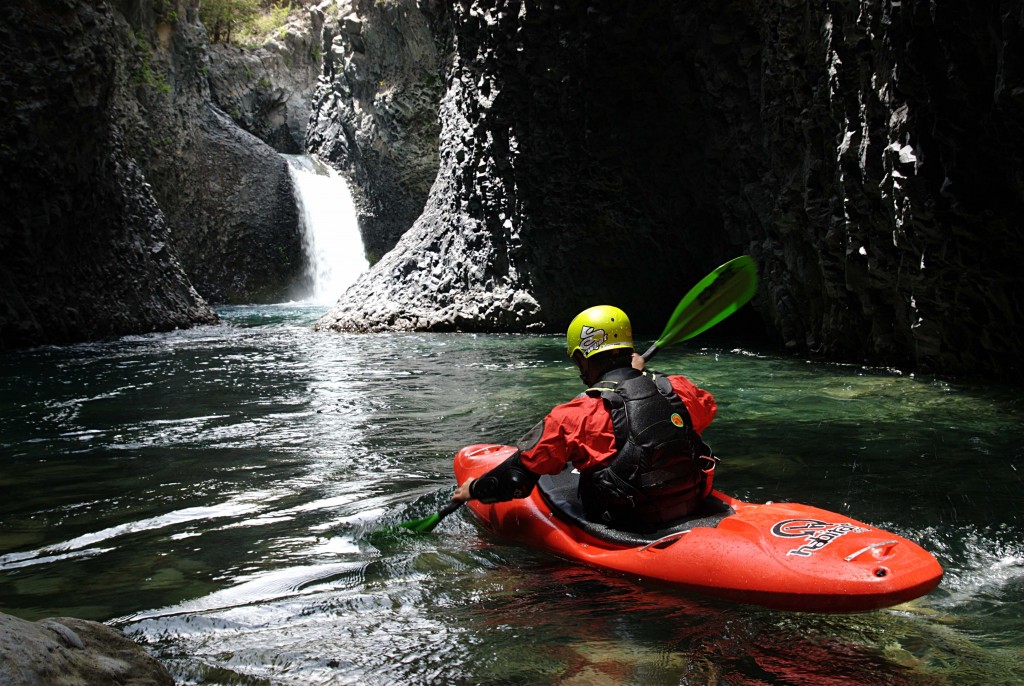 Rio Claro, one classic among the classics. ©M.Saether/kayak session mag

In the years between the discoveries of Chile’s three big water rivers (Bio Bio, Futaleufu, Baker), a host of other rios were probed. Most of them proved to be top quality. Today, Futaleufu is a regular destination for kayak bums from around the globe, and it doesn’t even rank as the top Chilean destination. That honor goes to the town of Pucon, an eco-tourism paradise located a couple hours northeast of the city of Valdivia. Rivers of all types surround Pucon, from the playful Trancura to the heart stopping waterfalls of the Palguin. And Pucon is just a base. From November to March, there are over one hundred known rivers to choose from throughout southern Chile. Today, a website and a guidebook can direct paddlers to most of them, a far cry from the unknown paradise of two decades ago. Unbelievably, there are still more Chilean rivers yet to be paddled for the first time, just as long as the dam interests don’t get there first. 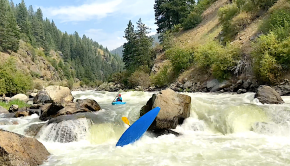 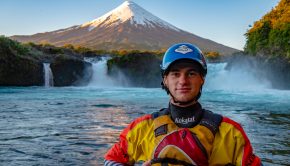