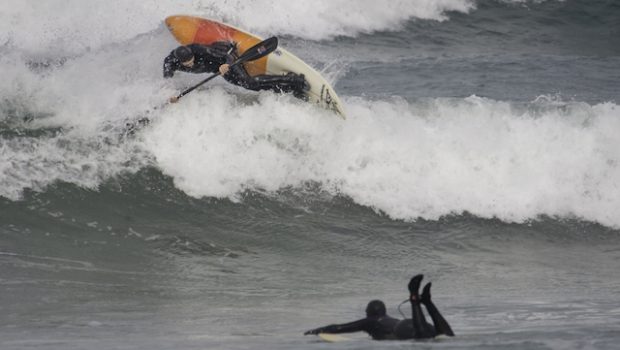 The Battle of the Crowds

By Adam Harvey – In this article World Champion waveski rider Adam Harvey talks about his own experience over crowded line ups, localism, surf rage, and gives a few tips to avoid conflicts out there. 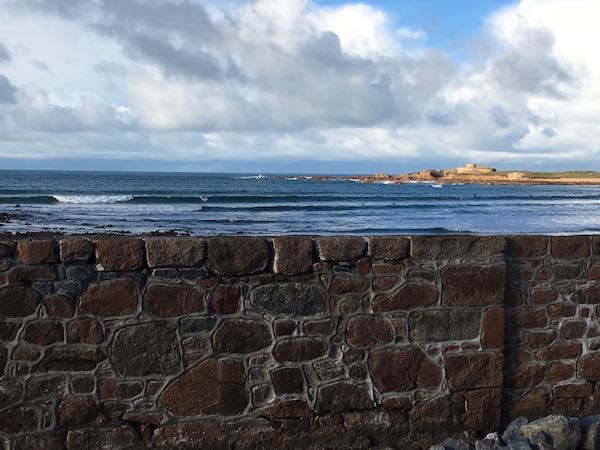 It was the year 2005. As we arrived in the car park with our bikes and trailers loaded with surf kayaks on a crisp morning there was a gentle offshore breeze. The big low that was hovering over the Atlantic was pulsing a solid swell with well over-head sets onto a local reef, producing perfect right handers, and best of all, there was not a soul in sight! I was stoked. In a hurry I put my cold, wet wetsuit on that had been left in a heap at the bottom of my bucket from the day before and headed out into the glassy water. That day I scored some truly amazing waves with only a couple of like-minded guys in the water. That is what surfing is all about.
Although the quality of waves that I had on that cold morning was not a regular occurrence in Guernsey (a small island in the English Channel), the lack of crowds was. It was rare to have more than a handful of people on some of the lesser known breaks in the island, leading to a relaxed and friendly vibe in and out the water as there were plenty of waves to go around. Since then so much has changed and with the changes has come an increased amount of conflict, especially between different craft. I have been lucky enough, or tactical enough, to largely avoid conflict and agro in the water, but I will talk more about that later.
The extent of the surfing epidemic that we are living in on the small island really hit home last summer. After the 2016 Waveskiing World Championships in Portugal I toured up through Spain and France surfing perfect, and generally empty waves before heading back home. After a very much needed sleep I got up and saw that the wave buoys were reading 5ft at 12 seconds with light winds, the ideal setup for Guernsey. I grabbed my ski, loaded my car, and headed down to the surf. As I arrived I drove past row after row of cars and my heart sank as I realised I was back into crowd mania, everybody itching to get their share of the summer swell. I thought back to that cold morning all those years ago and could hardly believe I was surfing the same spot, it was a completely different world.
Nevertheless I suited up and headed into the crowd. There must have been over 100 surfers in the water, from your complete beginner, to SUPs, Kayaks, and even semi-pro surfers, everyone wanted their share of the waves. Unfortunately the wave to surfer ratio was significantly unbalanced (about 20 to 1!) which caused a somewhat tense, and in some cases, dangerous atmosphere. It’s now a fairly regular occurrence to see people f’ing and blinding at each other for dropping in, getting in their way, being greedy, or simply just choosing a different craft to surf on. Lots of this aggression is unnecessary and in many ways pathetic, however I can’t deny the frustration that I feel when sat in a crowd of up to 100 surfers just trying to get one good wave.
There were times when I persuaded myself the crowds were not all bad, I mean at least I was learning the importance of being sat in exactly the right spot in order to get a look in, which probably helped me out in competition, however it has now got so bad that even when you get a wave you will frequently have to straighten out in order to avoid ploughing into a sea of people sat just in the impact zone… on occasion I admit I get extremely frustrated, however I try my best to just put it back into my surfing. Some people however find this more difficult, and this is where the aggression starts and spreads. 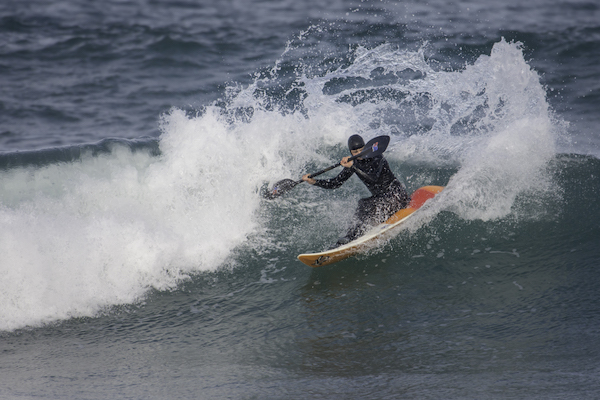 Recently I have witnessed surfers chasing others up the beach when they’ve ended their session just to give them a mouthful. A bleeding nose being caused by boards going too close to surfers who were too stubborn to move over and allow everyone a chance is also an event I won’t forget….I won’t forget the aftermath of that either! It’s not just the surfers that are affected by the tensions on the waves, the beaches are often full of sunbathers or families in the summer and dog walkers and runners in the winter – lots of witnesses to judge our sport, surely we want them to see it in a better light? Surely a bunch of swearing and at times violent people is not the vibe we’re going for? We need to promote our sport, to encourage others to value and respect us so that we don’t get zoned out of the beach in favour of swimmers.

As I said before, over the last few years I have seen an increased amount of agro in the water due to the large amount of surfers that swarm to the sea every time there is so much as a ripple, however I have managed to stay clear of most of this and still get my fair share of waves with only the occasional passing comment, generally from somebody who seems to have all the gear but no idea (or a kook as they are known by many). 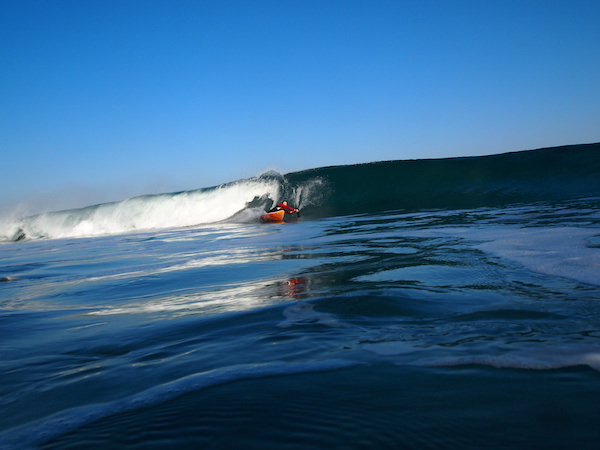 ‘Get the f*** out the way!’ ‘Don’t be so f’in greedy’ ‘Go surf somewhere else, you’re not wanted here’ – All comments that you can regularly hear when the swell starts to pump. In my opinion the worst of the conflict happens when you have good surf with a wide range of abilities surfing it. The ‘good’ surfers want to make the most of the pumping surf as it can be a rare occurrence on our island, so when there are beginners out of their depth this is when the worst of the conflict arises.
So how have I managed to avoid the majority of this aggro even though I surf a waveski, which many view as one of the bottom of the pecking order?

1) Show Respect, Be Respected: This rule underpins all of the others. If you show respect to everybody on the water you will generally gain their respect. Maybe not immediately, in fact for me it has taken years for some of the more ‘stuck in their ways’ surfers to warm up to me on my waveski, however the important thing is that overtime they have come to respect me and what I do.

2) Take Your Fair Share: This is a biggie. On surf kayaks and waveskis it can be easier to catch waves than those people that choose to surf short boards. It is therefore important you don’t fall into the trap of getting on every good set wave which comes. It will be noticed, and you will soon find aggressive comments coming your way. Let some waves go past, especially if you are new to the area!

3) Smile, Be Friendly: How many times have you paddled out to see people not even acknowledge you, let alone give you a friendly smile? Don’t be that person. Be friendly to others, have a chat, and before you know it you will become a welcome and respected part of the line-up.

4) Know Your Limits: This rule is not so much a clear-cut line. It is important when you head out into the surf you are not causing a danger to others. Being out of control in the line-up is a sure way to attract aggro, however you do sometimes need to push yourself and experience surfing in waves that make you scared, how else will we learn and improve? However this should not be done in such a way that is going to cause injury to you or others.

5) Have Fun! This is what surfing is all about, if you’re not having fun then you are doing it wrong. People will see you having fun and respect that. 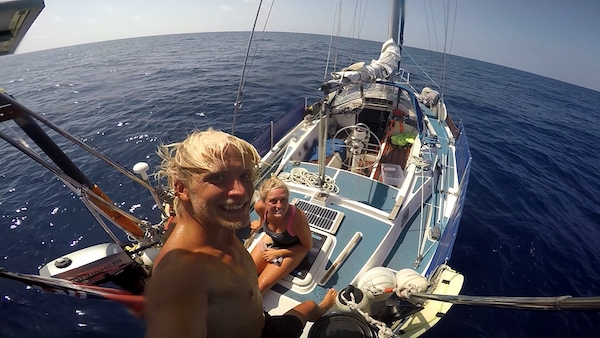 No matter where you go in the world, if you show respect to the locals, show them that in fact surf kayaks and waveskis can rip on waves then in most cases you will earn their respect.
Where I went to University, it was very well known for its localism; however I never had a problem as I stuck to those 5 basic rules. In fact on multiple occasions the locals would stick up for me when tourists would come and did not show any respect as I was surfing a waveski.

What Next?
Although I have worked hard to gain respect amongst the local surfing community, sharing the waves with 50+ surfers most sessions is just not for me. I am over it and somewhat fed up. Due to this, my partner and I have bought a sailing boat and are planning on setting sail to find new adventures and some uncrowned waves! Follow us on Facebook or Youtube as ‘DonkeyDriftersSailing’ to keep up to date with our latest news and antics! 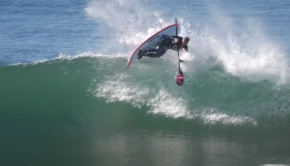 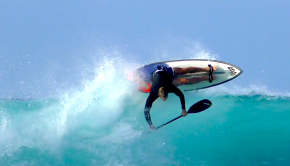 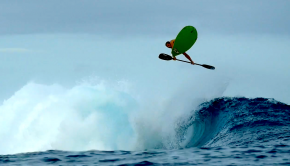 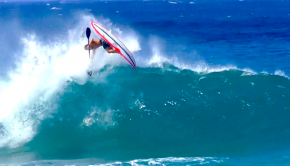