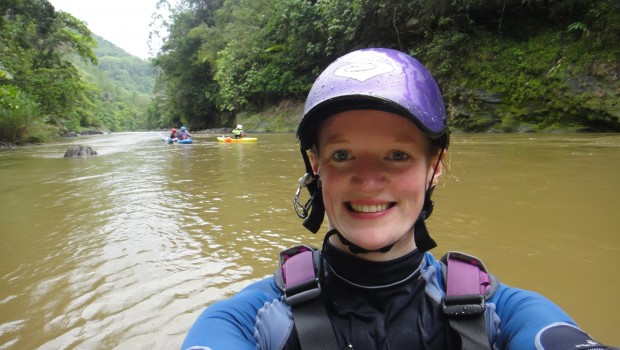 There’s an idea that says to me, having fear can keep you alive. But to be alive fearing what will happen if you go out and live, that’s not being alive.

When it comes to kayaking I think a fraction of fear can help, it makes you assess situations and see risk, and the fear can stop you running something that maybe you’re not capable of running anyway. But when fear takes over and controls your ability to make the right decision and paddle the line that you know you can make, and have done so many times before, that’s when fear can put you at more risk than if you just got on with it.

I was recently asked, ‘Do you ever feel fear, fear that stops you from actually paddling? How do you deal with keeping fear under control?’

If only they could’ve met me 18months ago, the answer would’ve been staring back at them, and the only questions I got then were; you’re scared of paddling? Why go out then, why put yourself through it when you spend every river trip petrified and relieved to still be alive and in one piece at the end of it? Simple questions that were asked of me for probably a two year period, if only I could’ve found a simple answer to it. I could’ve saved myself a lot of tears, arguments and frustration if only I could get rid of the fear. 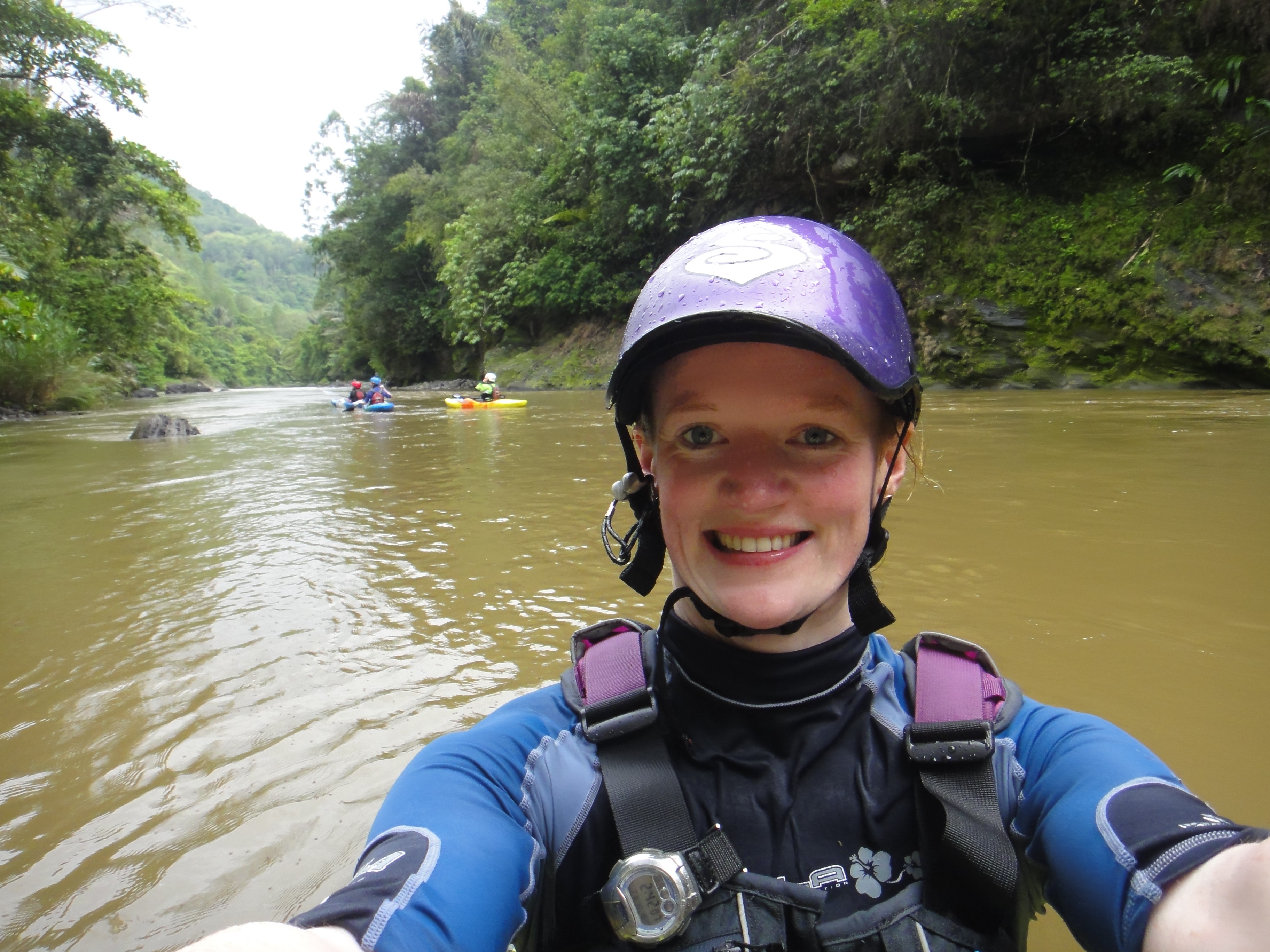 It’s not easy to get out of this rut that’s for sure.

I started paddling 6 years ago and progressed well for the first three years, taking swims here and there (well, everywhere!) and I learned new skills (apart from better back and forward swimming techniques..) and on grade 3 there wasn’t much issue if I was out of my boat. As I started to get pushed on harder rivers, the swims got worse but thankfully less frequent. I always thought, well what’s the worst that can happen if I take a swim, I’ll get knocked about a bit and maybe get cold but my friends will drag me out, there’s nothing really to be scared about.

During the third summer of paddling I realised that being flippant about swims as you start paddling harder stuff is not a good attitude, when Paul, a very good friend and the man that taught me a lot since the start of my paddling, drowned on our trip.

This was the start of a downward spiral for me, but I just didn’t realise it straight away.

A few months later I was away on a paddling trip to India which I was worried about, but not to the point of being too scared to go or paddle anything while I was there.

Somewhere in the middle of the holiday though, that next hit to knock me back down another level happened…the worst swim I’d had up until recently (read on for more on that one!). I can’t imagine how I would’ve felt on the bank just watching a friend disappear and not being able to help in any way due to not actually knowing where they had gone. I knew where I had gone, down! I had never been under water for that long before.

The swim did shake me up, and the next few days paddling were done with caution. The trip was soon over and back to the airport we went with a slight hiccup of our car crashing on the way which put me out of action on the rivers for a few months….. story for another time!

What I realised when I finally returned to the local Devon rivers was that the only feelings that I now harboured were of complete fear; thinking that if anything went wrong at any point I could injure myself or worse. I couldn’t see how anything could end well. The best feeling that I got when I went out to paddle from that point on was when I got off the river and thought, thank god for that I survived another trip, I hope I have an excuse to not paddle next weekend. 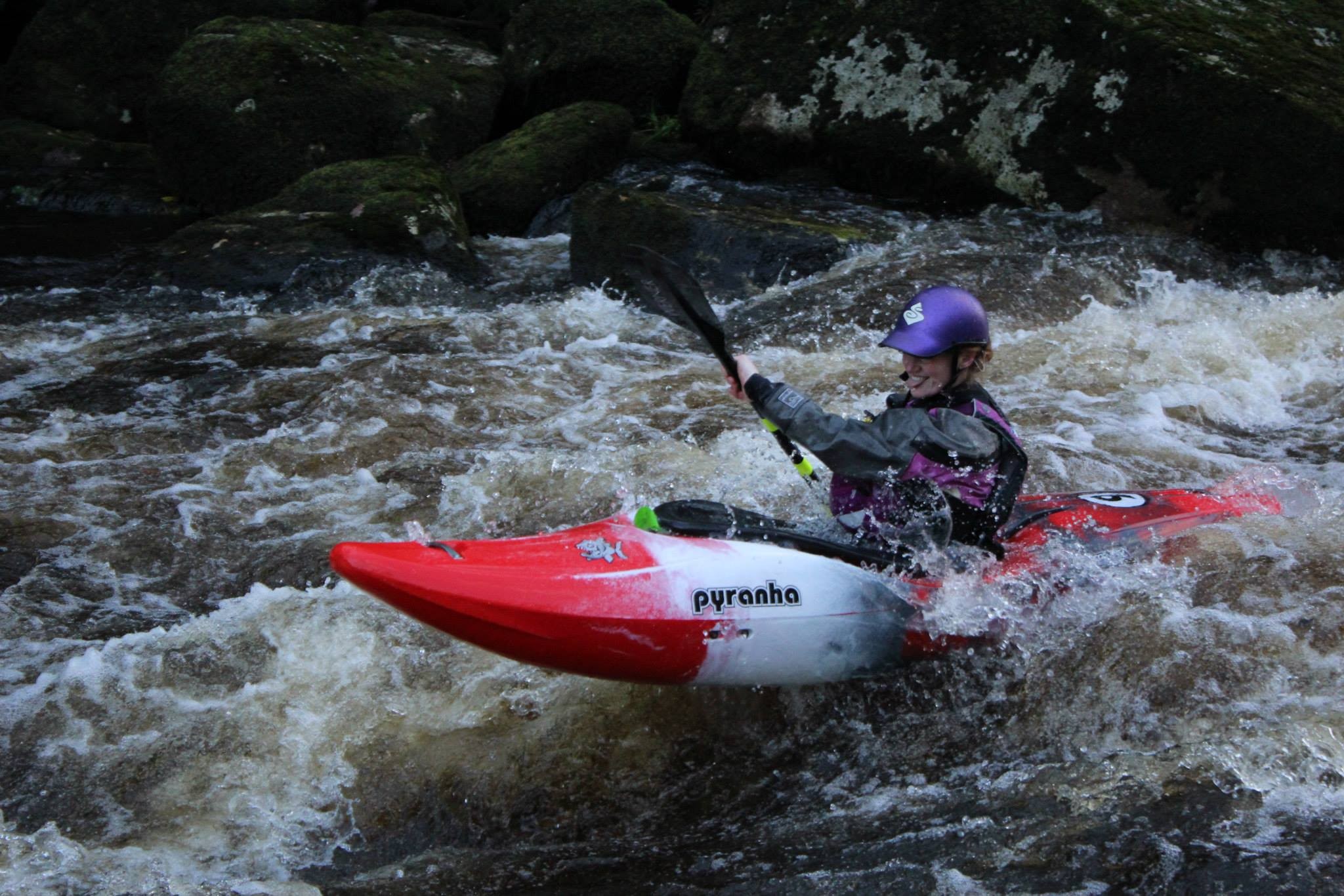 After an awful winter of paddling, followed by a ‘paddling’ trip to Italy to pretty much just drive shuttles for everyone else after being put off by starting the holiday with yet another swim, I then went to Norway where I had the final knock that almost tipped me over the edge and made me quit paddling for good. The flash backs of resuscitating someone that has just been dragged from the river by a helicopter will always stay with me, and will creep into my thoughts every so often. Whether it’s when I’m looking at a rapid, watching others run a rapid, or just sat at home thinking about my days paddling. It’s not something that is easily forgotten but at the same time it reminds me that I am not invincible and there is actually nothing wrong with being cautious on the river.

From this point on I spent the rest of the holiday trying to figure out how I could ever get back on the water again, thinking that the only way to ever avoid this happening to me was to never get in a kayak again. I was devastated that I could feel this way about a sport that I once loved.

When I returned home I had a lot of thinking time, to be a kayaker and not want to paddle is such an awful feeling, you feel like you’re not one of the group anymore and you just can’t find the enthusiasm from anywhere. What was I going to do? Did I really want to get back in a kayak? What would my old friend Paul have said to me…. He wouldn’t have wanted to see me give up something that we both loved, after he had taught me so much, and had so much fun doing it. It was time to make a plan to get back on track and make him proud.

Over that winter I spent time with Gene17 working on my confidence on a local run that I was once really happy on, and then once I sorted my head games out on that I booked on some courses around Europe with them. The result of all of this hard work by me and the staff at Gene17 has been that the past 18months have involved the best river days that I have ever had and the change in my mental attitude towards the way that I paddle has been amazing. 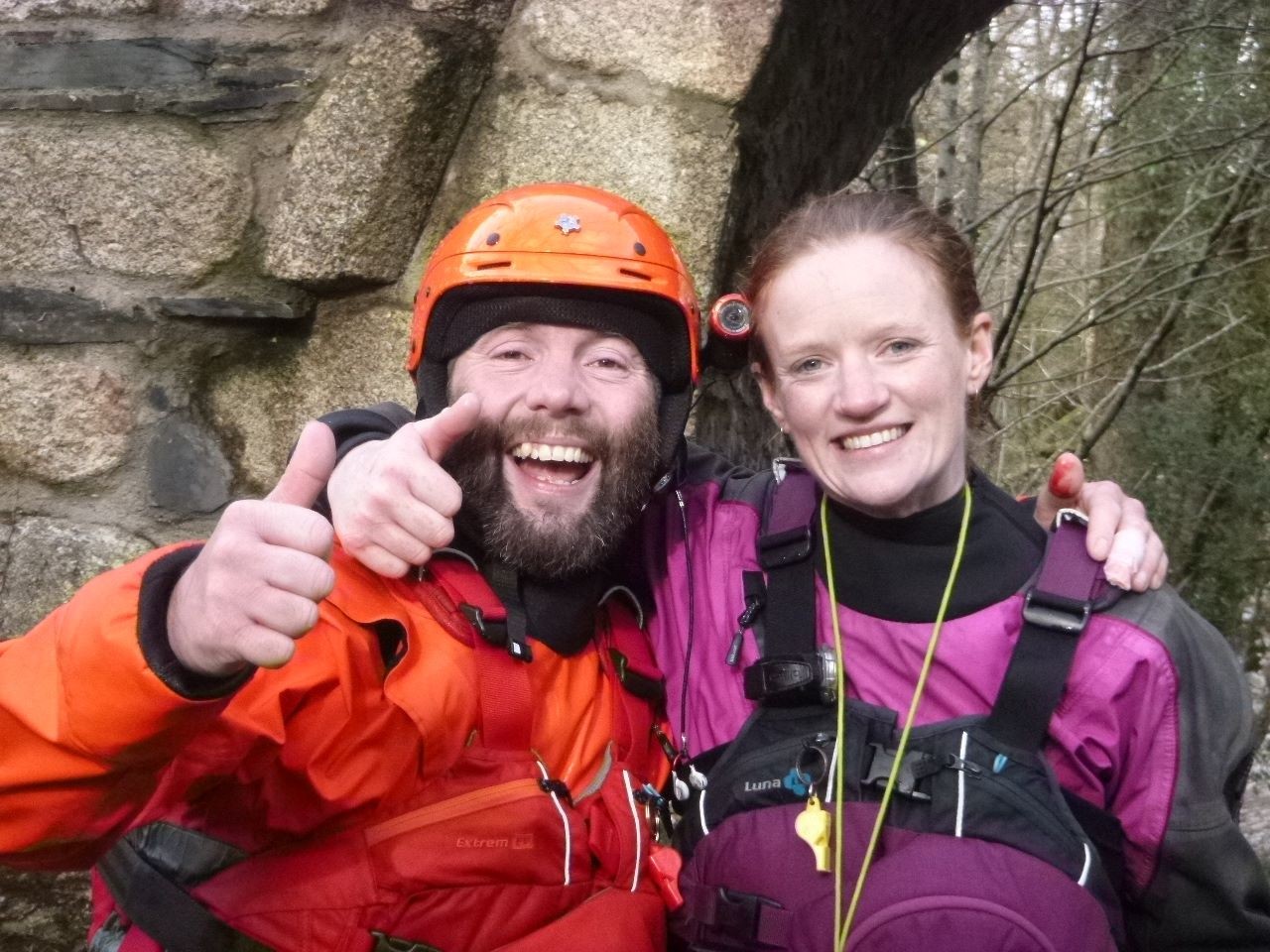 A recent paddling trip to Indonesia with a group of friends made me realise what a difference this help has had on my paddling. I will be completely honest and say that I spent most of the three weeks scared on the rivers! The difference being that I was able to deal with it and realise that I had the skills to paddle it and I felt 100% safe with the girls that were leading me if it didn’t quite go to plan. After the worst swim to date on one of the multi-days that I was very close to not coming out of I thought that would be it for my confidence and my head games would drag me back two years and undo all of the hard work that had been done. But once my arms (which seemed to have a whole new plan of their own!) stopped shaking and the support of the people around me reassured me that ‘I was still the same awesome paddler that was leading them down only half an hour ago’, I was back on track. This was the most amazing feeling for me, knowing that I’d reached a point where, yes I would still get nervous and make mistakes, but I could now mentally deal with them.

So much of what I have learnt over the past 18 months seemed to fall in to place on this trip, things straightened out in my head about paddling.

I realised that you can never predict what any river trip will bring, you can hope for great white water, smooth lines and endless amounts of fun…. But life is rarely that predictable, so unsurprisingly white water adventures aren’t either. We all get pushed beyond our comfort zones, mess up lines occasionally, mis-read the river, or just become unlucky with the timing of the river.  As a result of this your paddling should not be measured on what you can paddle but how you deal with the mistakes/problems that occur. It is about keeping a level head on you so that you can make sensible decisions, whether that is when trying to judge your ability to run a rapid, trying to get out of a hole, re-planning your line half way down a rapid or making a decision off the river when things haven’t quite gone to plan.

I understand that not everyone is able to throw themselves at courses every time they are having problems, but what I now know is that it is so important to paddle with the right people. If you feel safe with your group and they can help you through ‘head games’ on the river then that is half the battle and a good start to getting you back on track. 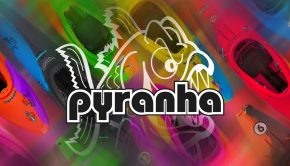 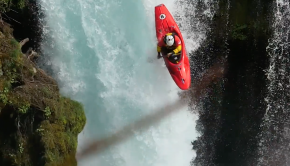 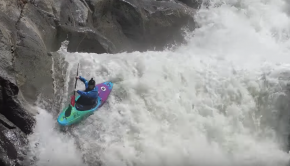 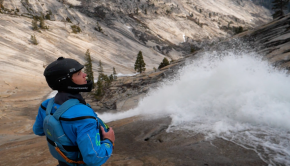