While every kayakers were in Norway, we were paddling glaciers rivers with some luck! We started our summer kayak trip […

No story, Just a few clips slung together from an Austria trip last August by: Martyn Kirby 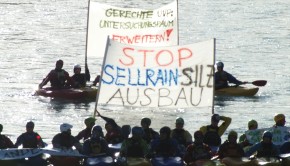 Austria, Italy, Norway, Germany, Switzerland and France. Creeking all time classics and hidden gems. 2014 was the best 2014 i ever […