The Send crew keeps on searching for waterfalls and good creek runs in Indonesia. And it is not always smooth [… Why I love running waterfalls in my kayak

In this video Adrian Mattern tries to explain why he loves running waterfall so much, the mental process behind it, [… Nick Troutman gives you the beta on how to tuck or plug a waterfall. Nick goes the through the essential [… Carnage for ALL 2018 Final results – KING of CARNAGE 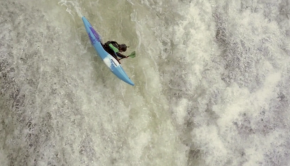 Watch unknown paddlers on a bandit run of a well known waterfall in the Southeast of the US. Stunning!