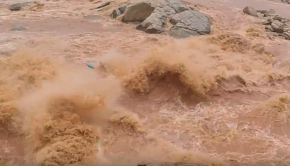 Follow a russian crew made of Kirill Kosogogorv, Serguey Ilin, Lukin Alexey, and Ivan Kozlachkov down the « Young Guns » section on the […

The Expedition Inception team spent 2 months in Madagascar running multi day classics. This run kicked off their time and […

Tyler Bradt and the Wizards Eye Expedition made it to Madagascar and found some amazing rivers to paddle.

After paddling the Ikopa we decided to head East for some more exploratory paddling. We headed towards a 150 km […

First descent of the Ivondro – Madagascar

Our 8 day epic first descent of 150km through a Madagascan National park. By: Joshua Brewer-Smith Watch episode2 of the > First […

Our third river in Madagascar and our first first descent: the Sandrananta. BUKE is a well established kayaking expedition. In […

BUKE is a well established kayaking expedition. In June 2015 a team of paddlers from British universities go and explore […