Blazing fast, precise and forgiving; the 9R sets the standard against which all others will be judged. With a narrow [… 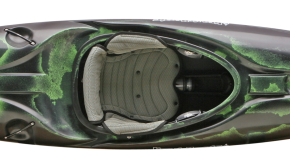 LiquidLogic introduces their latest creek boat/ river runner, the Flying Squirrell. Best described by those who tested it already as a mix […

Chris Stafford and Jared Seiler jibbin’ down the Green River in Saluda NC in the new PYRANHA NANO ! www.pyranha.com

The Pyranha team from the UK headed to Portugal last year to film the steep creeker Shiva in action. www.pyranha.com/shiva […