A Wet State #87 – With hopes of getting two obscurities that I hiked into last month, we pushed off. However, […

A Wet State #88. A great weekend spent in Three Rivers at Darin’s. Featured are the East Kaweah at medium […

The ultra committing Panther creek gorge on the Upper middle Kaweah had only seen 4 descents until this spring. Led [… 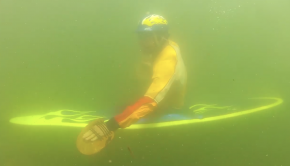 California Part2. Australian paddler Adrian Kiernan comes here with a fabulous segment covering some of the best runs California has to […

After spending two years studying, we saved our penny’s and headed to America! Grab a beer, turn up the sound and […