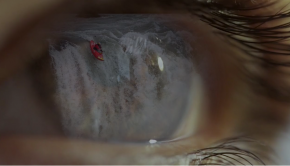 Beater of the Week

If you go big, you are bound to crash big. We all have our moments of beatering, and who wouldn’t […