The Muksu is regarded as one of the most difficult rivers in the former Soviet Union, a glacial torrent cutting through a series of blind canyons in the thin air of the high Pamirs, known in the Tajik language as the « Roof of the World. » Just getting to the put in would involve six days of driving along the fabled Silk Road, and a 20-mile hike over a 15,000-foot pass while carrying boats and supplies for 10 days on the river. Only three parties had run the river before and the last, in 2013, had been forced to evacuate a team member due to high altitude pulmonary edema.
The mission was the final step in a seven-year project to run the most difficult and committing rivers in the former Soviet Union, including the Bashkaus in Siberia and the Sary-jaz in Kyrgyzstan. Trip leader Thomass Marnics of Latvia and filmmaker Olaf Obsommer of Germany had assembled a strong crew of international paddlers for the task.The movie « THE LEGEND OF MUKSU » tells a story of great friendship, burning bridges and leaving everything behind you and a journey into the unknown to solve the RIDDLE!
By: Olaf Obsommer / Big O productions From: Germany 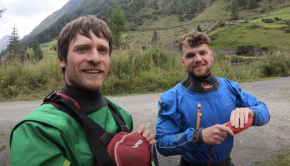 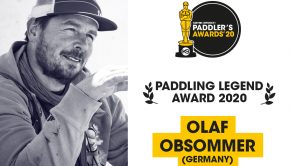 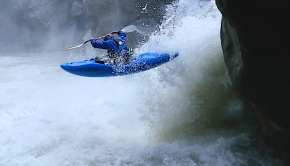