Everyone had a fantastic time leading up to the Festival with super easy logistics and perfect flows. Day One began with an incredible opening ceremony where kayakers and locals danced together in between ice cream breaks. On Day Two, Rescue3 led a free training session for local whitewater enthusiasts, and on Day Three local and international competitors raced against the clock. Hundreds of spectators came to watch as the ‘ASEAN’ (Association of South East Asian Nations – Indonesia, Malaysia, Thailand, Philippines, Vietnam, Singapore and Laos) and the female classes raced down the class III/IV ‘Bridge Rapid.’ The same course seeded the Open Elite paddlers for the next day’s Elite Race.

The Nightmare section is arguably one of the most difficult race sections in the world and organisers were happy everyone had safe descents. Competitors dropped off a 20-foot-tall ramp directly into a fast, messy lead-in to a river-wide feature. Racers navigated a short section of fast-moving water before the river split twice; paddlers needed to get right at the bottom, as going left would undoubtedly result in a swim. Athletes were full of stoke after the first run, but the shuttle truck soon went quiet as the finalists prepared to drop in again.

The finals saw a diverse selection of lines, multiple capsizes and a few “oh my god” moments, a testament to the course difficulty. Day Three also saw the Elite Endurance Event; four kilometres of nonstop class IV/V whitewater. Despite the difficulty and length of the section, winning times were tight. The party lasted until early the next morning and the final day of the event was spent swimming, riding motorcycles, eating pizza and shooting fireworks at the picturesque Lake Toba.

Thank you again to B.P.O.D.T, Rescue3, Inalum, Kayakasia, Immersion research, Kayak Session, TVone and Action Asia, and to everyone who made the trek out to the Sumatra jungle and supported the event. See you all next year! 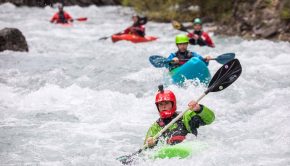 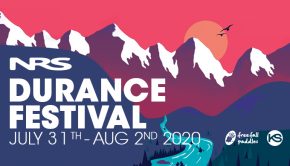