Introducing the first annual Cispus River Festival 2015! Put on by Chris Morelli & Kyle Hull with help from a […

Beater of the Week #4 landing sideways on Tomata falls (Mexico)

Beater of the Week #4: landing sideways on Tomata falls (Mexico).

The second part of a two month trip in Colombia. The team changed, some friends came and we decided to have [… 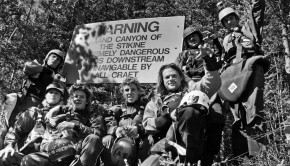