Check out this new boat coming from the folks at Titan Kayaks – The MIX, the do it all sit [… 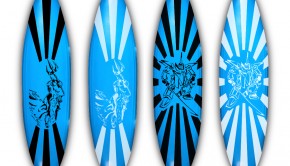 Looking for something different? Want a boat that’s all your own? Titan Kayaks has you covered! Available this Spring 16’ […

This video is of Borneo local Jonez Mackean during his second time ever sitting in a kayak. I took him [… The first edition of Montréal en Eau-Vive took place on August 16th-17th, 2014. It was located approximately 15 minutes from […