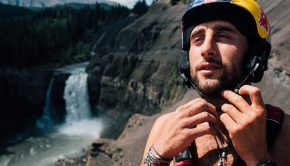 The Pyrenees are maybe the most underrated mountain range when it comes to whitewater kayaking. Forming a natural border between […