Earlier 2017 was an amazing season for exploration in Ecuador, here is a sweet edit from Brendan Wells telling the [… 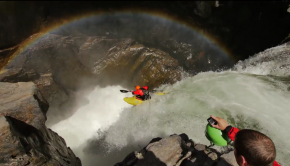 Beater of the Week

If you go big, you are bound to crash big. We all have our moments of beatering, and who wouldn’t […

As the leaves begin to yellow and fall sets in, the rivers begin to dry here in the northwest. As […