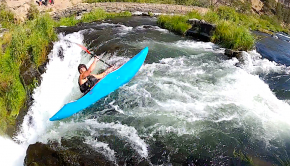 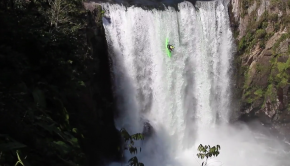 Join Aeon and friends on their tour de stouts in the beautiful country of Mexico. Mexico is a sought out destination […

Aeon Russo, Mark Taylor, and Chris Baer spending some time at Salto del Nilahue. Aeon has a great line, and […

Ain’t no foreign rivers here. No need to swim the rivers of Chile when we got plenty of Class Cinco […