Aeon Russo, Mark Taylor, and Chris Baer spending some time at Salto del Nilahue. Aeon has a great line, and Chris looses his paddle forcing him into the cave. It was a close call to say the least. For the record it is right where peruvian paddler Juanito de Ugarte disapeared last year.

The Full experience as described by Chris Baer can be read on his Blog: http://www.whereisbaer.com/2016/02/the-risk-nilahue.html 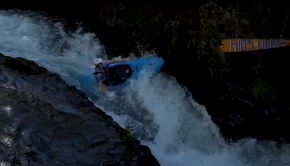 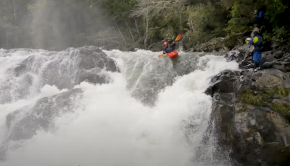