Steve Fisher tells us that this was this was the most nervous he’s ever been for anything! He was invited to the TEDxAthens speakers conference where the theme was ‘Uncharted Waters’.  In his talk he explains how he breaks down challenges on the river and how his method has become a metaphor for  his life.

TEDxAthens is a world-class conference about Innovation, Creativity and Ideas based in Athens, Greece. TEDxAthens is one of the first TEDx events worldwide and the first ever TEDx event in Greece – started in May 2009. Its main goal is to develop and leverage the TED experience at a regional level, uniting innovators, thinkers, inspirational speakers, shakers, makers and breakers. TEDxAthens is curated by Dimitris Kalavros-Gousiou and organized by a team of 40 volunteers. 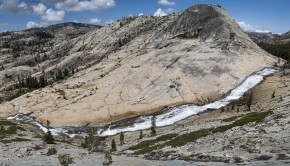