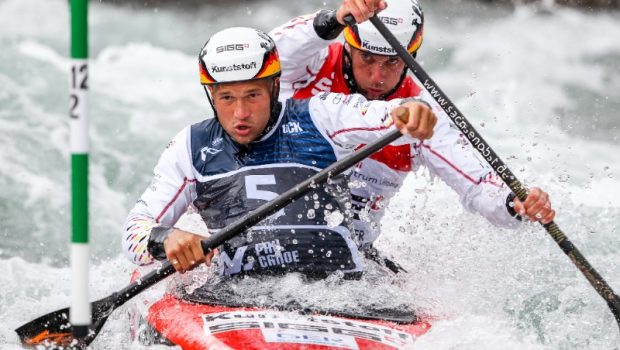 The athletes are ready, organisers are ready, but everyone has one eye on the sky as Friday’s opening day of the third ICF Canoe Slalom World Cup in Markkleeberg, Germany, fast approaches.

Not that the forecast of inclement weather is likely to dampen the enthusiasm of event organisers as this town on the outskirts of the city of Leipzig prepares to host its first World Cup event since 2011.

Many of the international athletes are competing at the course for the first time, while others have noticed several changes since the last time they paddled here.

As with Augsburg one week ago, all the Rio Olympic medallists will be competing in Markkleeberg. So far this season just one 2016 Games gold medallist, France’s Maialen Chourraut in the women’s K1, has won World Cup gold, underlining the depth in all the disciplines.

The men’s K1 has been dominated by Czech Vit Prindis, the only athlete with a perfect record after two World Cups. In the C1, Germany’s Sideris Tasiadis and Slovakia’s Matej Benus have shared gold and silver at Prague and Augsburg.

The spoils in the women’s C1 have been shared by Great Britain’s Kimberley Woods and Australia’s Jessica Fox, although both athletes failed to even make the final on the week they didn’t win gold.

And in the men’s C2, Rio gold medallists Ladislav and Peter Skantar will be looking to break through for their first podium of the year. The Czech pair of Jonas Kaspar and Marek Sindler have been the most consistent in the two-man event, winning gold and silver so far.

Markkleeberg’s best chance of a medal will come in the men’s C2, with Rio Olympians’ Franz Anton and Jan Benzien, Anton in the men’s C1 after his bronze in Augsburg, and women’s C1 paddler Lena Stoecklin, also a bronze medallist one week ago.

The Markkleeberg course was built as part of Leipzig’s ultimately unsuccessful bid to host the 2012 Olympics. The site is part of a massive former coal mining area, where the pits have been reclaimed and turned into popular lakes and waterways. 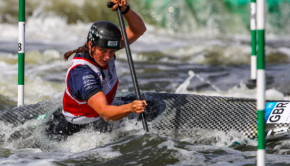 Slalom: Franklin and Gestin on Fire in Krakow →