This video was shot 2016, all over Europe. It includes Deferreggenbach (Austria), Lipno (Czech Republic), Eistobel (Germany) as well as various rivers in Scotland and Corsica.

My day job is being an automotive engineer, on the water I’m an open boater riding for Esquif Canoes. In 2014, I was the first female canoer ever to run Gorilla and do the Green Race. Sometimes I also enjoy my C1, having had my first time competing at Sickline in 2016. Right now, I live in Germany, but my heart and soul are French, and I call Toulouse my hometown.  But if my heart is torn between countries, my soul has a different citizenship than my passport. But there’s one place I’m always happy, always HOME! The river!

(The other OCer in the vid is my boyfriend Felix Hundemer, and the kayakers are Jim Wallis and Melanie Wolf.) 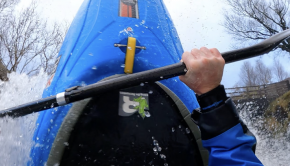 Kayaking and Swimming on a High Water Nevis → 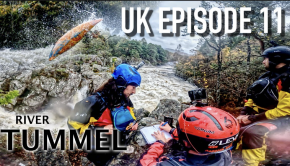 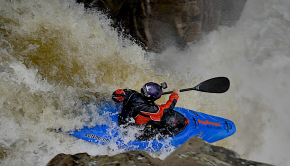 Kayaking on the Lower Etive and Salachan Burn | Scotland Creeking → 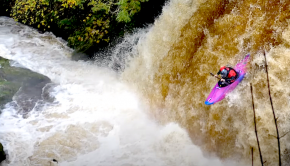