The 4th edition of the King of the Alps did not disappoint. Over 90 athletes battled it out on the Passerio river for their chance to claim the 2015 title of King of the Alps and the title for the european champion in extreme kayak. 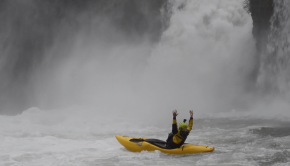