The first event of UNLEASHED x Uganda started with a bang as the athletes gathered at the legendary Itanda falls to surf the infamous Cuban wave and take part in the Big Trick Freestyle event, presented by Jackson Kayak.

The Cuban wave is located in amongst a monstrous piece of whitewater, it is hard to catch, absolutely massive and just downstream of the wave are several enormous holes that athletes had to dodge as they surfed off the feature and ran the lead out of this rapid. Competitors were split into two groups with each group being allowed two heats at staggered times to account for changing water levels. The rules of this stage were simple, go big! The three biggest or most complex tricks that were landed would be added together to give them their overall result for this stage. Congratulations to all of the riders that stepped up, threw down and took chances!

The next event of UNLEASHED x Uganda will be a BoaterX on Monday Jan 8th, stay tuned for more! 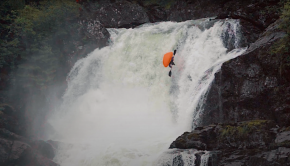 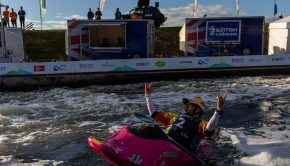