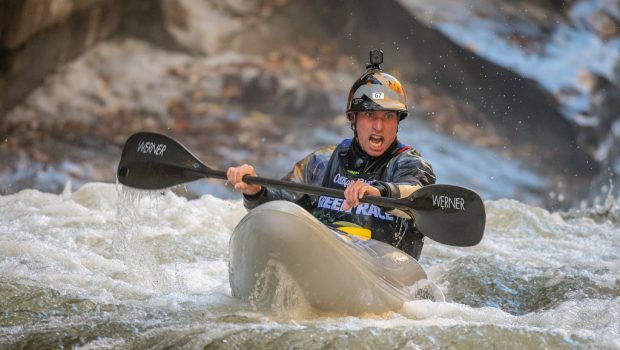 Like every year whitewater legend Shane Benedict is covering the Annual Green Race for us at Kayak Session mag. Here is the wrap up article. A Huge thanks to him and to you all people of the Green Race!

The 23rd Green Race is in the books and the more things change the more they stay the same.  There were four big noticeable changes in this year’s Green Race compared to past years. 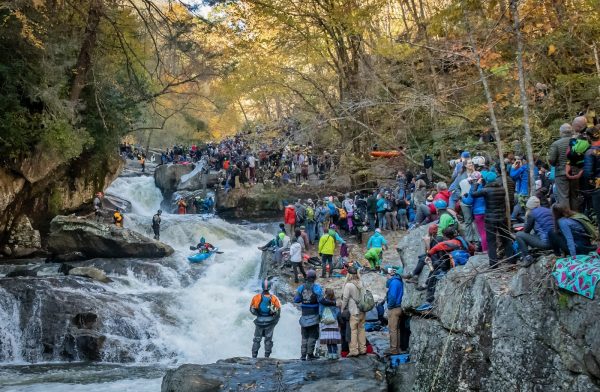 ©Marc Hunt – The crowd was next level! More than 2000 people lined the banks, filled the trails and paddled through the Green River to watch and be a part of the 23rd Green River Narrows Race. 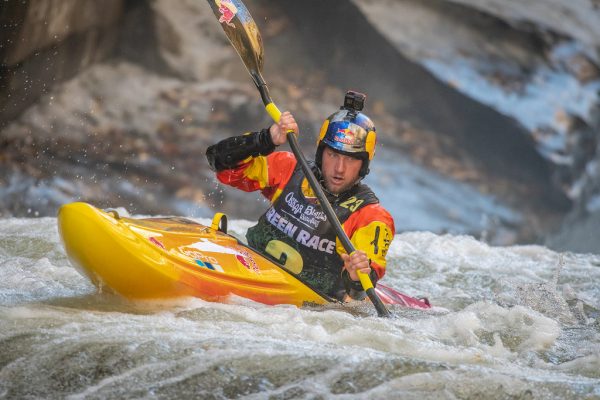 ©Marc Hunt – Dane Jackson crushed the race this year winning both short and long boat class by 8 seconds in each race! 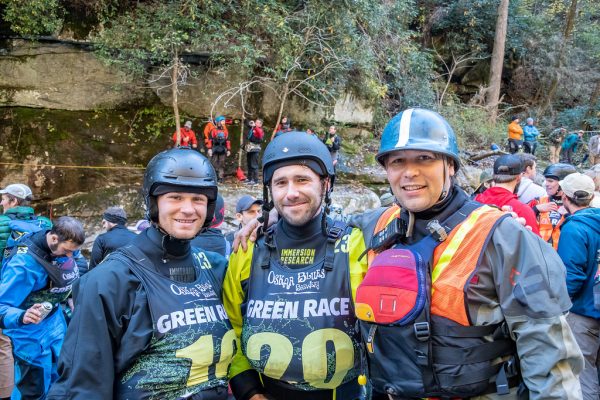 The overall paddling by the racers took a giant step forward this year.  During practice sessions, there was hardly any carnage! It’s great to see everyone paddling so well but it makes it harder to spice up my videos. On race day I would call it easily the cleanest overall Green Race to date.  One stat that supports this claim is that out of the 172 entrants 82 broke the 5-minute barrier while only 2 years ago that number was 59. Just as a reminder a 4:59 won the first ever Green Race. This year you had to finish with a 4:22 to make the top 10. 4:22 would have been 3rd in 2016, and would have won in 2011. 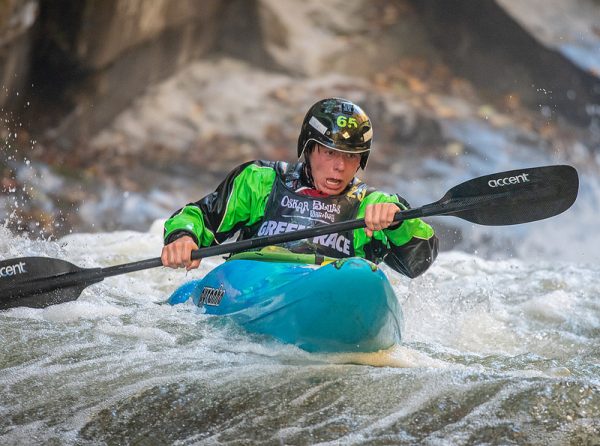 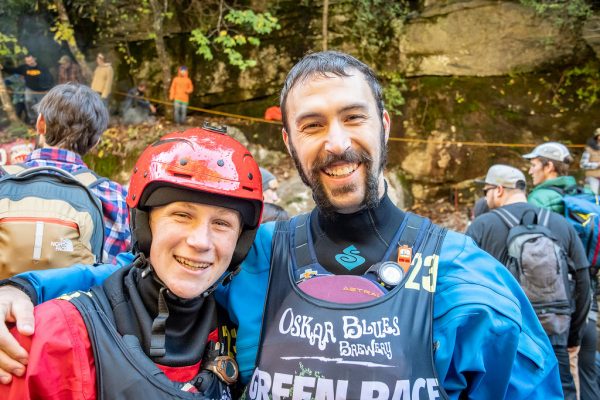 ©March Hunt – Jeremy Nash who won junior and was ninth overall, is standing with Colin Hunt. 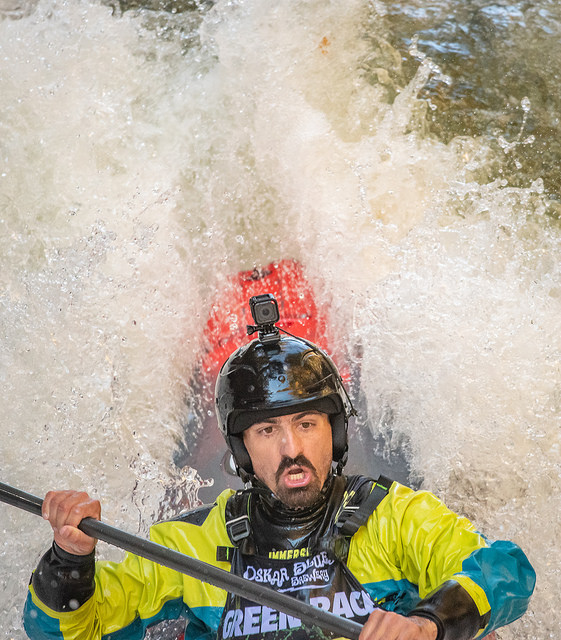 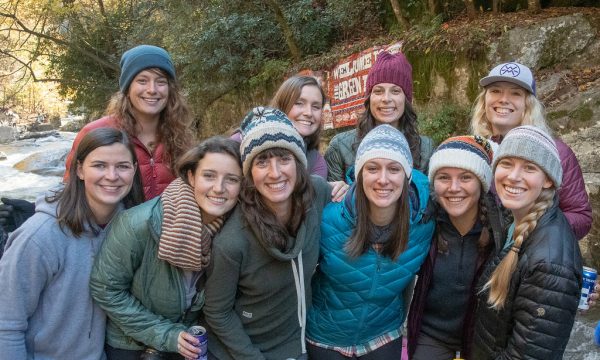 ©March Hunt – Support is essential and there is plenty at the Green Race.

Holt McWhirt and Jeremy Nash were the biggest dark horses we have witnessed in Green Race history.  Last year Holt placed 26th and Jeremy was 45th and they were both more known more for their freestyle slicey boat antics.  This year Holt took 3rd place and Jeremy was the first Junior to crack the top 10. The entire KLCG crew were fast at the race and loud at the party! 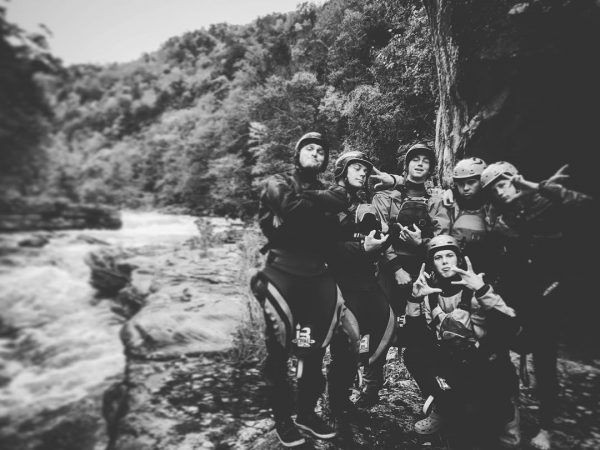 ©Rachel Fleischut – The entire KLCG crew were fast at the race and loud at the party! 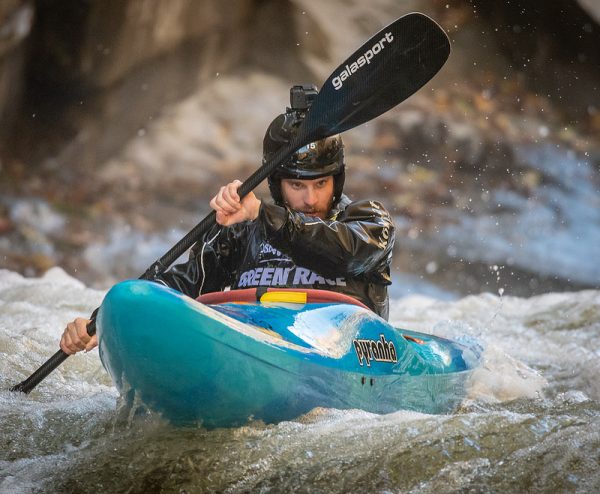 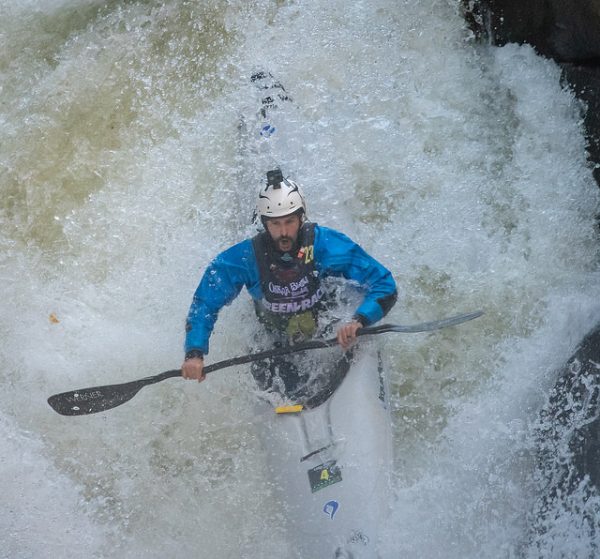 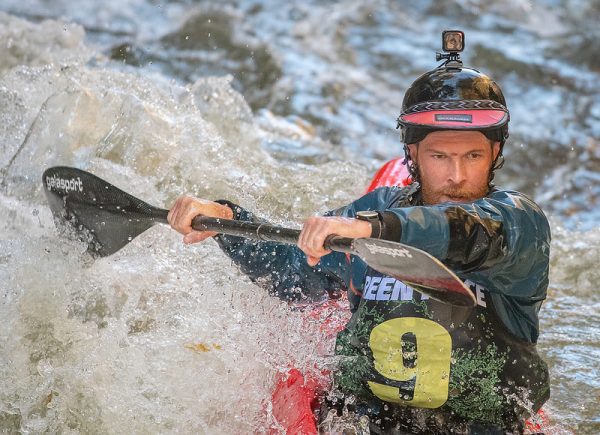 Finally! The Green Race had a festival!  Hikers, paddlers, and paddling companies all joined up along the Green River for an epic bash and celebration of the day. Live music, food trucks, beverages, videos, slideshows and giveaways made for a fantastic evening. 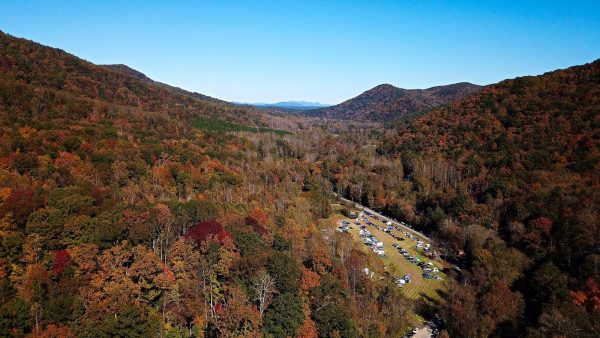 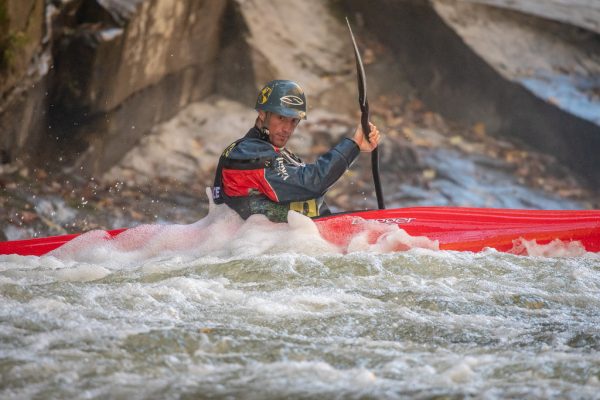 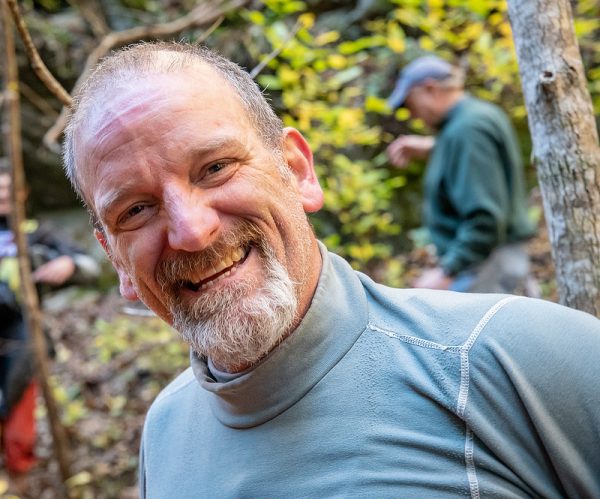 Though there have been many changes in this event, there are 5 things that have stayed the same.  Adriene Levknecht, Pat Keller, Eric Deguil, Isaac Levinson, and Dane Jackson have dominated this event for the past decade. This year is no different as Dane and Adriene both broke records and crushed the field in both long and short boat classes. Leaving the question, who will challenge them in the future?  There are so many fast young rippers on the way up but we missed having Eric Deguil here to defend his title, and where are Mike Dawson, Gerd and Aniol Serrasolses, Vavra Hradilek, and Nouria? We’d love to see you all here as well. 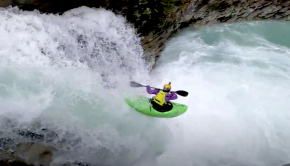 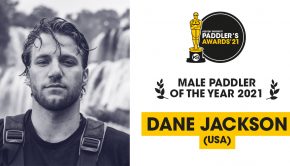 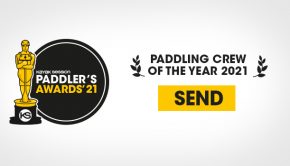