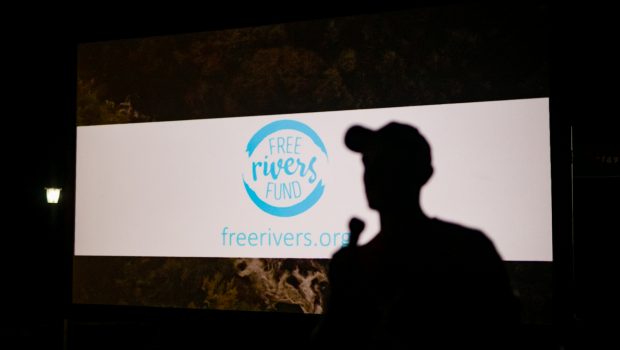 Get your project funded by the Free River Fund! For those involved in river related enviro issues/ projects or who would like to start doing so, the application deadline for funding is November 20th, 2018.

Free Rivers Fund (FRF) is a collective of kayakers striving to help grassroot conservation initiatives to keep rivers running free. The organization was founded in 2017 by three European kayaker-based activist groups; Balkan River Defense based in Slovenia, Save Our Rivers in Wales, UK and Wildwasser Erhalten Tirol in Austria. The goal – raise and distribute funding to activist groups fighting for rivers.

Being grassroot activists themselves, they understand that running a successfully conservation campaign depends on funding, which is often difficult to obtain. Therefore, the purpose of FRF is to give direct, simple and unbureaucratic financial support to initiatives fighting to protect rivers from being dammed.

Free Rivers Fund raises funds through cooperation with the kayak and outdoor industry as well as from donations from within the kayaking community. Each year activists can apply for FRF funding and selected projects will be granted support for the following 12 months.

This year, five projects have been funded. In addition to the three founding projects, Marañón Waterkeeper in Peru and the Center for Environment in Bosnia and Herzegovina have been selected. Each of the activist groups is very unique in the problems they are facing and the ideas they use to protect their rivers and fight against damns.

For example, Marañón Waterkeeper was founded to protect the Marañón River – the source of the Amazon, descending from deep in the Peruvian Andes. This river offers amazing whitewater in the so-called ‘Grand Canyon of the Amazon’. All of this is threatened by 20 proposed dams that would disrupt the balance of the source of the Amazon and wildly damage the ecological habitat, as well as displace thousands of residents. The film Confluir, which was released this year, portrays the river and tells the story of its protection. With the support of the Free Rivers Fund the film was taken to local communities alongside the river to connect and show people the bigger picture of their river protection efforts.

For those involved in similar projects or face similar struggles, who protect free flowing rivers or would like to start doing so, the application deadline for funding is November 20th, 2018. Everyone can apply. It is not necessary to be an NGO or registered organization. The Free Rivers Fund encourages everyone with a clear plan and love for a river to ask for support! All it takes is one email, some courage, and a love for wild whitewater! 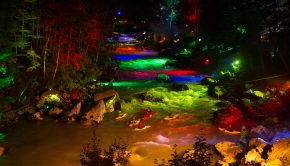