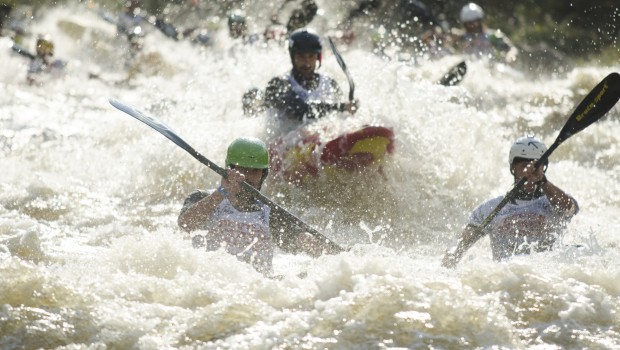 This year´s Devils-Extreme Race will not only be unique for its 10th Jubilee, but it will also be the last race of its kind.

The race will be held on the same dates as last year – from the 19 th to the 21st of August. The water will already flow 7 days before the beginning of the race. This river is dam controlled and except when flooding, the water release are only guaranteed in August for the race…)

During these 5 days the water will flow only 15cm3, however during the racing weekend you will appreciate the standard of 23cm3.

AS usual, during the event, you can  use the train for shuttles. We will soon be providing further information about that…

The race program will not vary from the last year´s.

The 2016 Devil’s Race will this year serve as the final of the newly formed EKEC Extreme Kayaking European Cup.

SO if you are unsure it is worth to mek the trip, now you know why you will…:-)

The evening program will start on Thursday with a warm-up party. You will be able to enjoy a free beer and music from unplugged bands. Friday evening will be accompanied by DJs and Saturday will be in the name of live music. A detailed program, along with the names of the bands, will be soon announced.