A look at what Team Pyranha has been up to in 2012. Everything from play boating tours, stout drops and […

Kayak Session is proud to be associated with a new kind of event, taking place May 8-12th in the Hautes […

Chris Stafford and Jared Seiler jibbin’ down the Green River in Saluda NC in the new PYRANHA NANO ! www.pyranha.com

The Pyranha team from the UK headed to Portugal last year to film the steep creeker Shiva in action. www.pyranha.com/shiva […

Check out this cool and short clip with big wave machine, local rider, Matt Dumoulin, testing the new HELIXIR, the [… 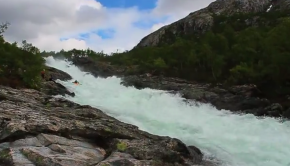