Tyler Bradt, Aniol Serrasolses, and Jules Domine are about to embark this next spring on a mission like no other. Paddle the infamous Araracuara rapids on the Caquetá river and the Jirijirimo falls on the Apaporis river in deep in the Colombian jungle. From this mission a film will be produced that can be pre-ordered in order to help the crew to finance this major expedition. We are extremely pleased at kayak session to be the media sponsor for this mission.

Check the teaser and follow the link to support this crazy mission. Read more about this incredible mission below. A 10 USD Donation will get you the film – An ideal Christmas present!
>>> Support the project on Kickstarter

Amazon Icons is a documentary film that will utilize the accessibility and exploratory capabilities of whitewater kayakers, to support and document both the territorial protection of the Colombian Amazon’s indigenous communities, and the forest’s unmatched biodiversity.

We will follow three world-famous kayakers and explorers, Tyler Bradt, Aniol Serrasolses, and Jules Domine, through one of the most dense and unforgiving jungles in the world, the Colombian Amazon. Their mission is to successfully descend two never-before-run sections of whitewater, hidden five hundred kilometers deep in the vast extent of the Amazon. These sections are the Araracuara rapids on the Caquetá river, and Jirijirimo falls on the Apaporis river.

In addition to the important role they play in the ecosystem as the only ecological barriers between the Andes and the Amazon confluence, these cataracts are sacred landmarks for the indigenous populations of the Caquetá drainage. Araracuara (the macaw’s nest), and Jirijirimo (the anaconda’s nest) are believed to have been created by divine forces as bulwarks against invasion. The team will document how the fascinating cultures of the river peoples relate to and depend on these rapids, before Tyler, Aniol, and Jules attempt to paddle them.

Most extreme sports documentaries tell their story as a clash between the protagonists and the elements. That’s not our vision of kayaking, nor of human life, for that matter.

We have been in the Amazon many times, and, like any environment or river, we have always approached it with a deep sense of humility. Amazon Icons will be the first kayak documentary that’s not about kayaking: our goal is to share the experiences and knowledge of the indigenous people, and use it to help protect this area for years to come.

Much more than the expeditionary pursuit of some of the largest runnable rapids in the world, the adventure will aim to highlight the vulnerability of the region and its indigenous communities. For five centuries this region has been torn apart by conflicting interests, including resource extraction, religious assimilation missions, guerrilla presence, and narco-trafficking.

With global warming as an additional, invisible but equally rampant threat that affects the rich but fragile environment they tend to, now more than ever, it is of paramount importance to testify for the Uitoto, Muinane, Taiwano, Kabuyari, Makuna, and other local communities or indigenas. Our purpose is help protect two of the Amazon’s most iconic places by giving voice to the communities’ concerns, to their fights, and to their claims.

We need your help to defend the rapids and the peoples that live near them. By chipping in our project, you’ll help us remain independent as we strive to make a committed, impactful film. Past that, you will become part of an unprecedented endeavor to mix extreme sports with social and environmental actions in the Amazon.

A 10 USD Donation will get you the film – An ideal Christmas present!
>>> Support the project on Kickstarter 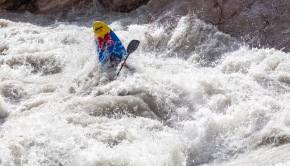 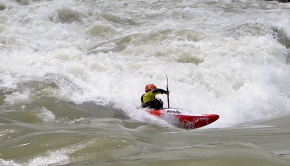 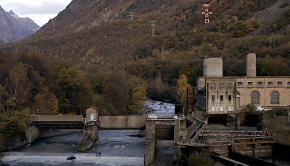