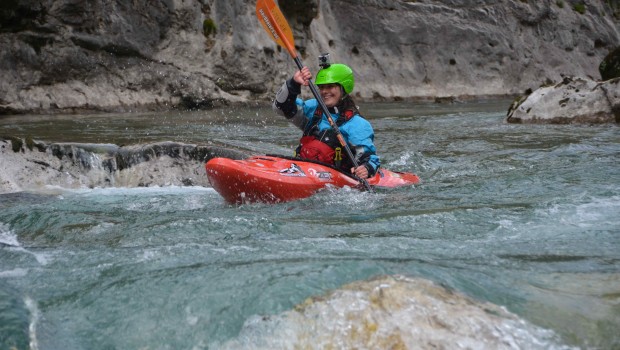 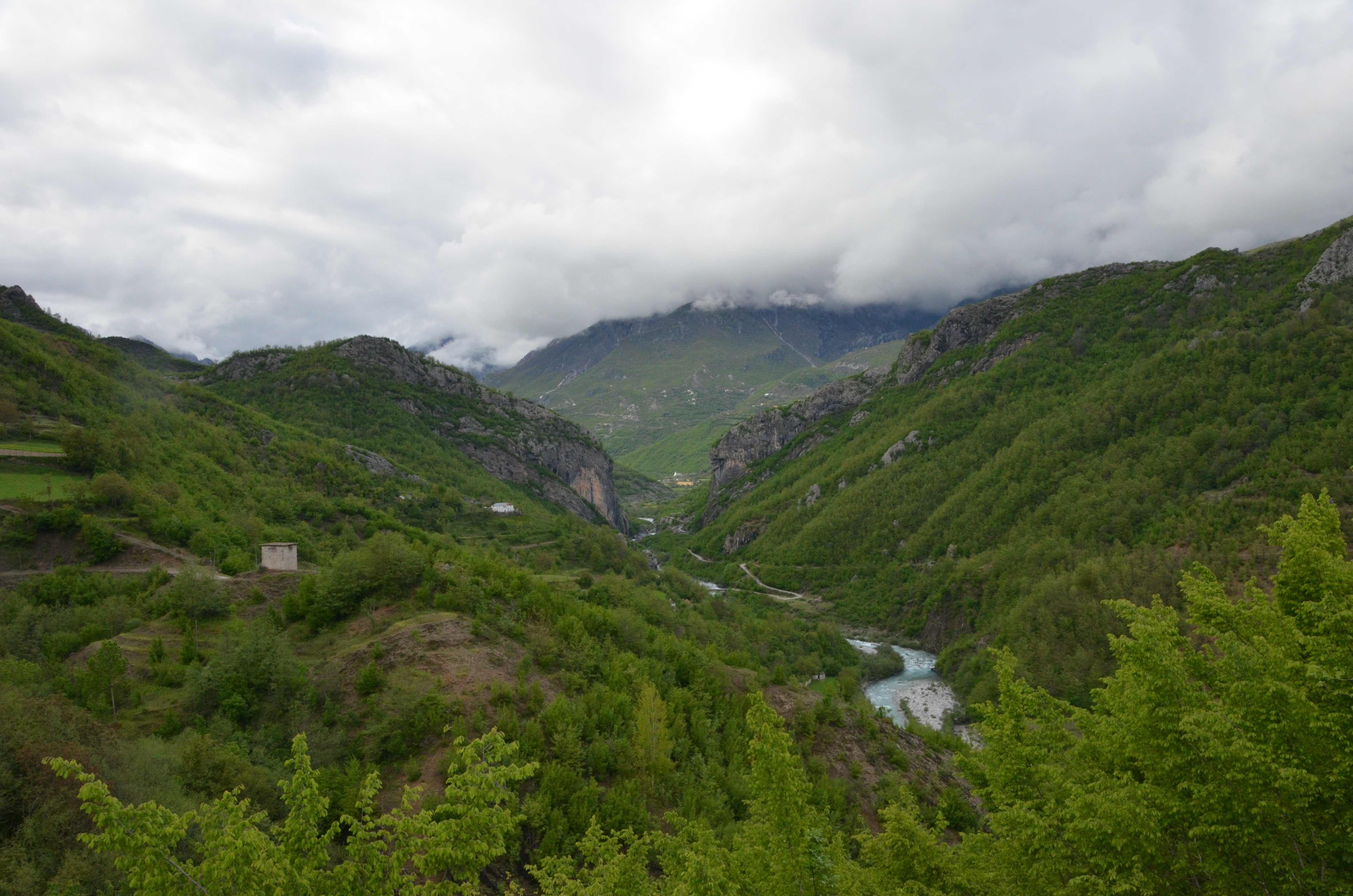 In early summer of 2014, a team of four Germans, four Austrians and a dog loaded into a campervan and a jeep headed for the Albanian Alps. Many people picture Albania as totally destroyed by conflict or even still at war, so reactions to the trip from friends, family and colleagues ranged from surprise to serious skepticism. What most people don’t know is that Albania is an eastern European El Dorado for whitewater kayakers.

We started to prepare six months before the trip: researching Northern Albania, sorting out vehicles, collecting donations of clothes and shoes for people we met along the way, and, once early spring hit, paddling as much as we could in the German Alps. 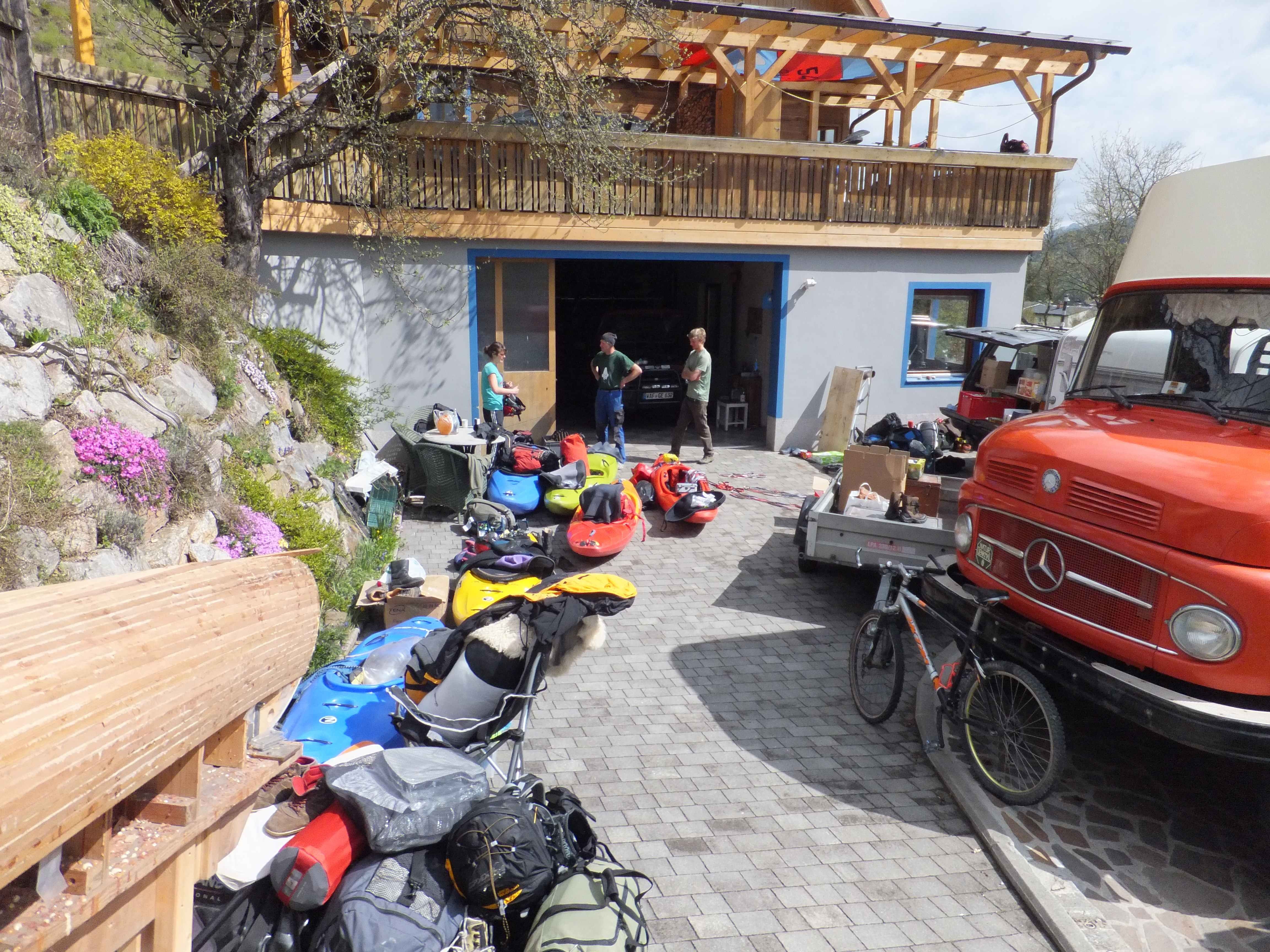 At last it was time to depart. We began our journey in Austria, crossing Slovenia, Croatia, Bosnia and Herzegovina, and Montenegro. To break up the trip we stopped first at the Cetina in Croatia. We then enjoyed beautiful cataracts and clear water at the Moraca in Montenegro, which made us look forward to our first destination in Albania – the Cemit Valley – which carves its way through fascinating rock, green valleys and broad plains. Tight lines twisting through boulder garden drop characterized the upper part of the Cemit, but most memorable were the numerous invitations extended by the locals for coffee and rhaki (a homemade alcohol made from feremented fruit) in their homes. The middle section of the run opened up to green hillsides before closing back into a spectacular small canyon toward the end of the run. 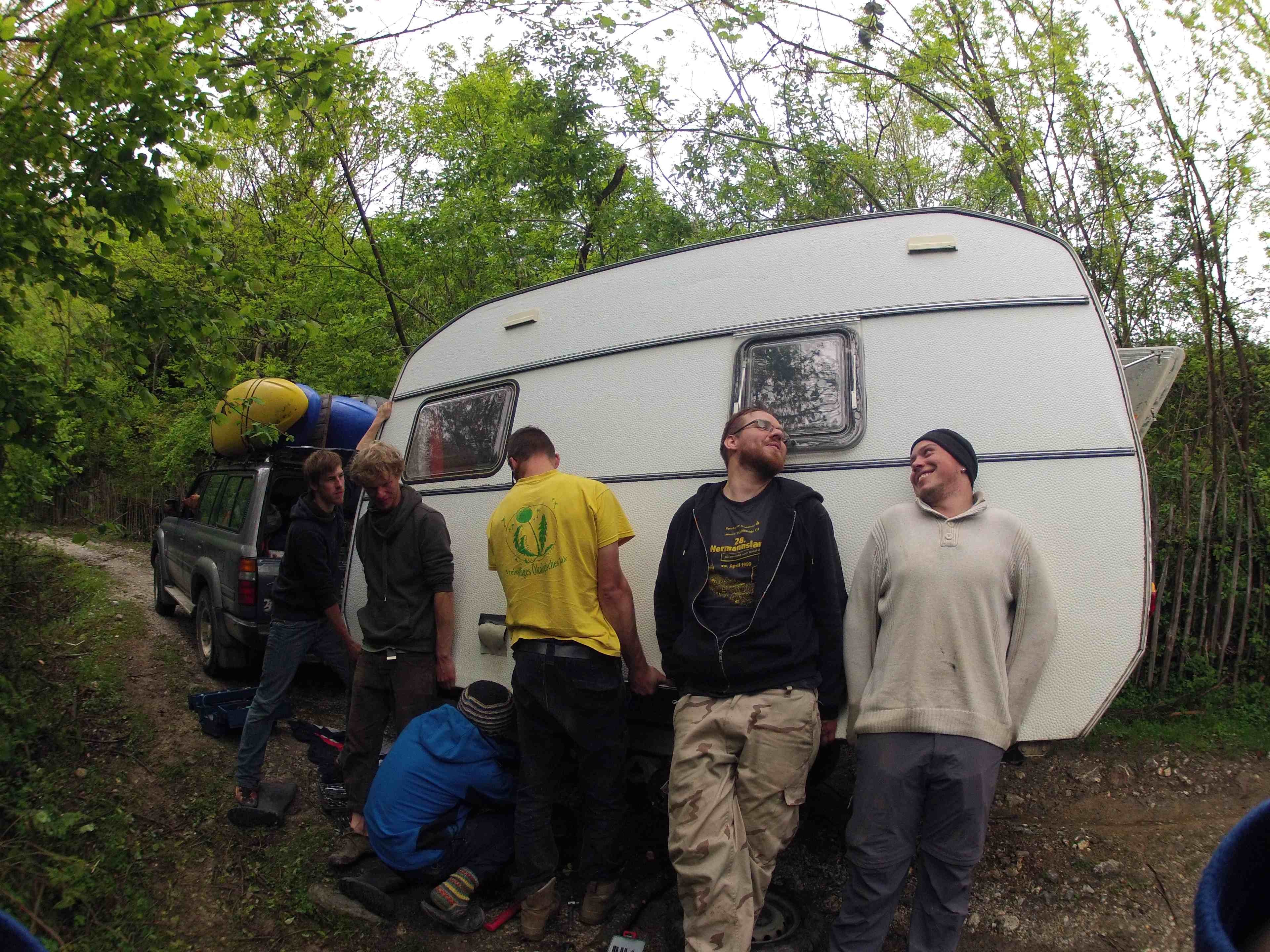 Right after crossing the border into Albania, where the officials did not know what to make of our kayaks, the paved highway ended and a dirt road led into the Cemit Valley. The Cemit River carves its way through fascinating rock, green valleys and broad plains. We found a perfect camping place behind the village of Tamare, next to the river. Sun and snow white hills greeted us the next morning. We bought food from a fisherman and he told us the weather forecast. Communication with the local residents was not a problem because the young people speak English perfectly. A small supermarket in Tamare sold food, clothes, tools and almost everything you might need. On the streets we witnessed free-roaming pigs, cows and donkeys. The rivers are no comparison to the Alps but are clear and clean. The Cemit goes along the Montenegrin border and challenges its paddlers in various ways. Tight lines twisting through boulder garden drop characterized the upper part of the Cemit, and the middle section of the run opened up to green hillsides before closing back into a spectacular small canyon toward the end of the run. Perhaps most memorable were the numerous invitations extended by the locals for coffee and rhaki (a homemade alcohol made from feremented fruit) in their homes. The hospitality, respect and openness were overwhelming, especially in the upper part of the valley. 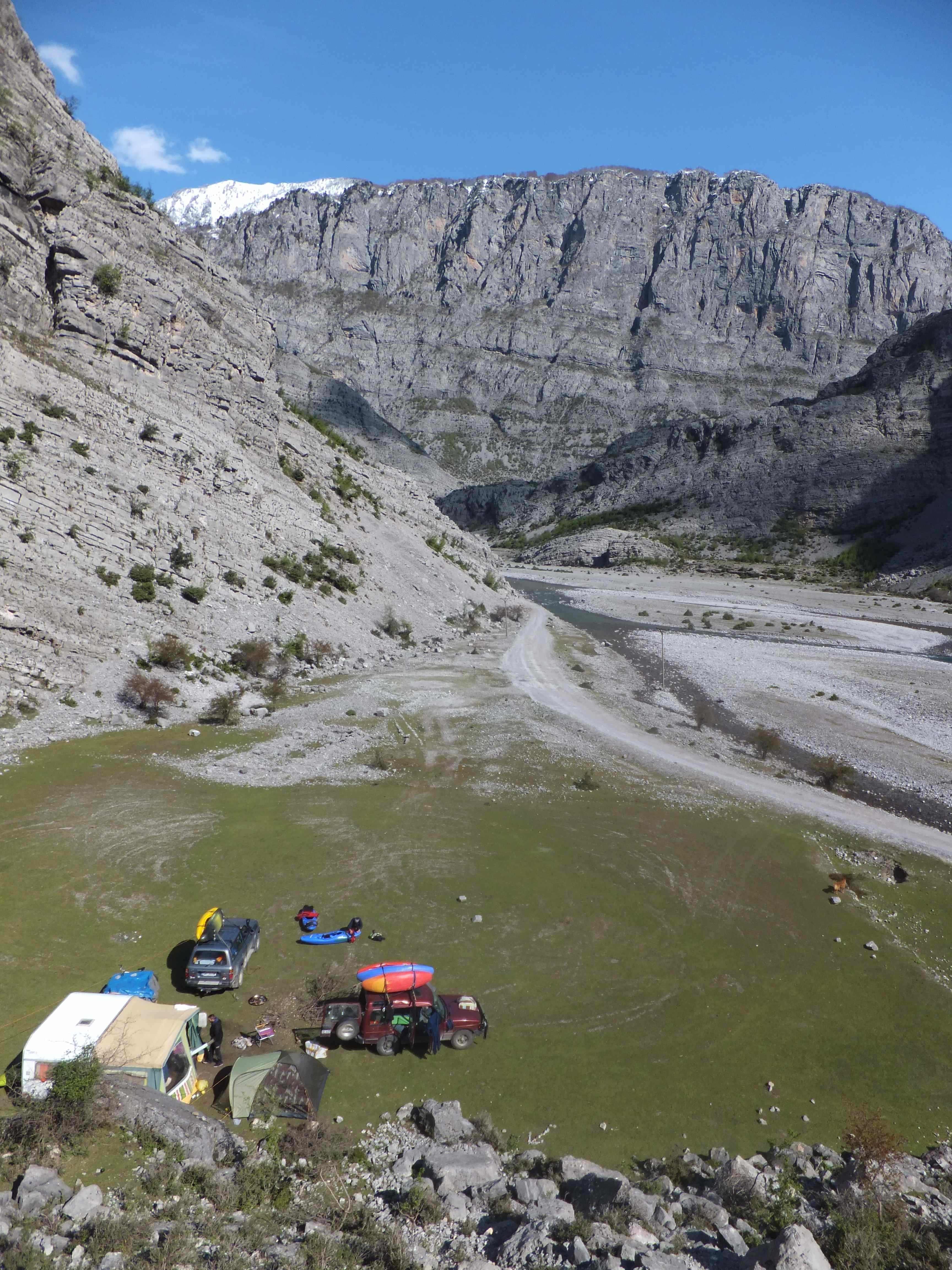 Our next stop was Kir Area and the district capital, Shkodra, where we refilled our stocks of food. After the chaos of cars and people in Shkodra, we happily made our way back to nature. On our way to the next paddling area we passed mosques and small farmhouses. The sections of the Kir alternated between exciting rapids and flatwater. At the end of the Kir Valley, the river ran into a small gorge with super challenging whitewater. Jumbled piles of conglomerate rock blocking the river and numerous siphons meant swimming was not an option on this section. Because water levels were already low and there was no prospect of increased flow, we left straight to Shala. With Mountainbikes and full safety equipment we used the street as trails due to the fact that the van surrendered under the poor street conditions. 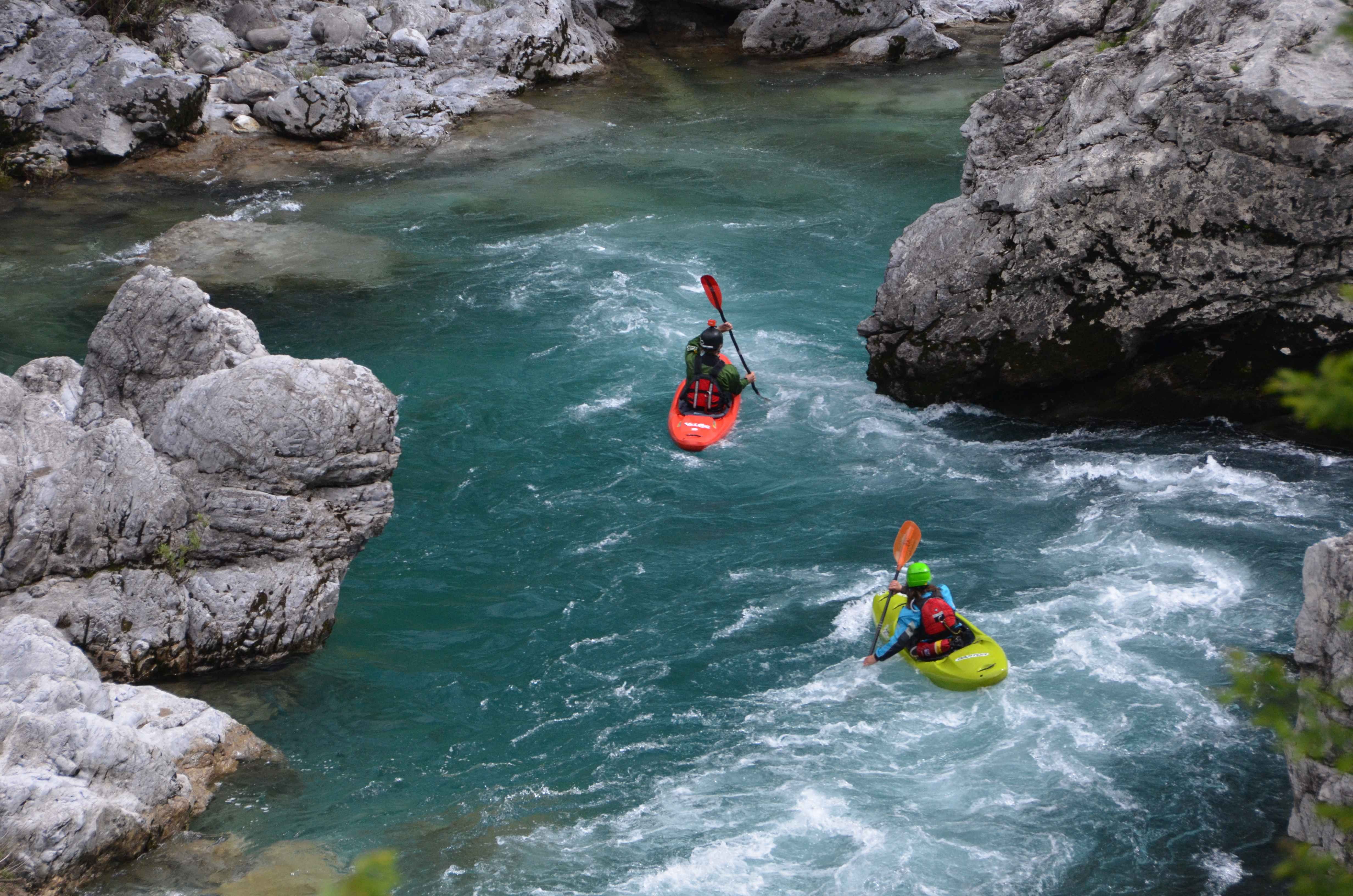 At the top of a pass on the way to Shala, we decided to take a break at a café. These roadside cafés served as restaurant, bar and bus stop all at the same time. Afterward, we were onward to our final destination: The Shala valley, situated next to the national park of Theth, with the highest mountains of Northern Albania. We were overwhelmed by the view of this valley, which filled us with excitement. Bright limestone, green mountains and the crystal clear, blue water of the Shala made our kayaker hearts beat fast with anticipation. 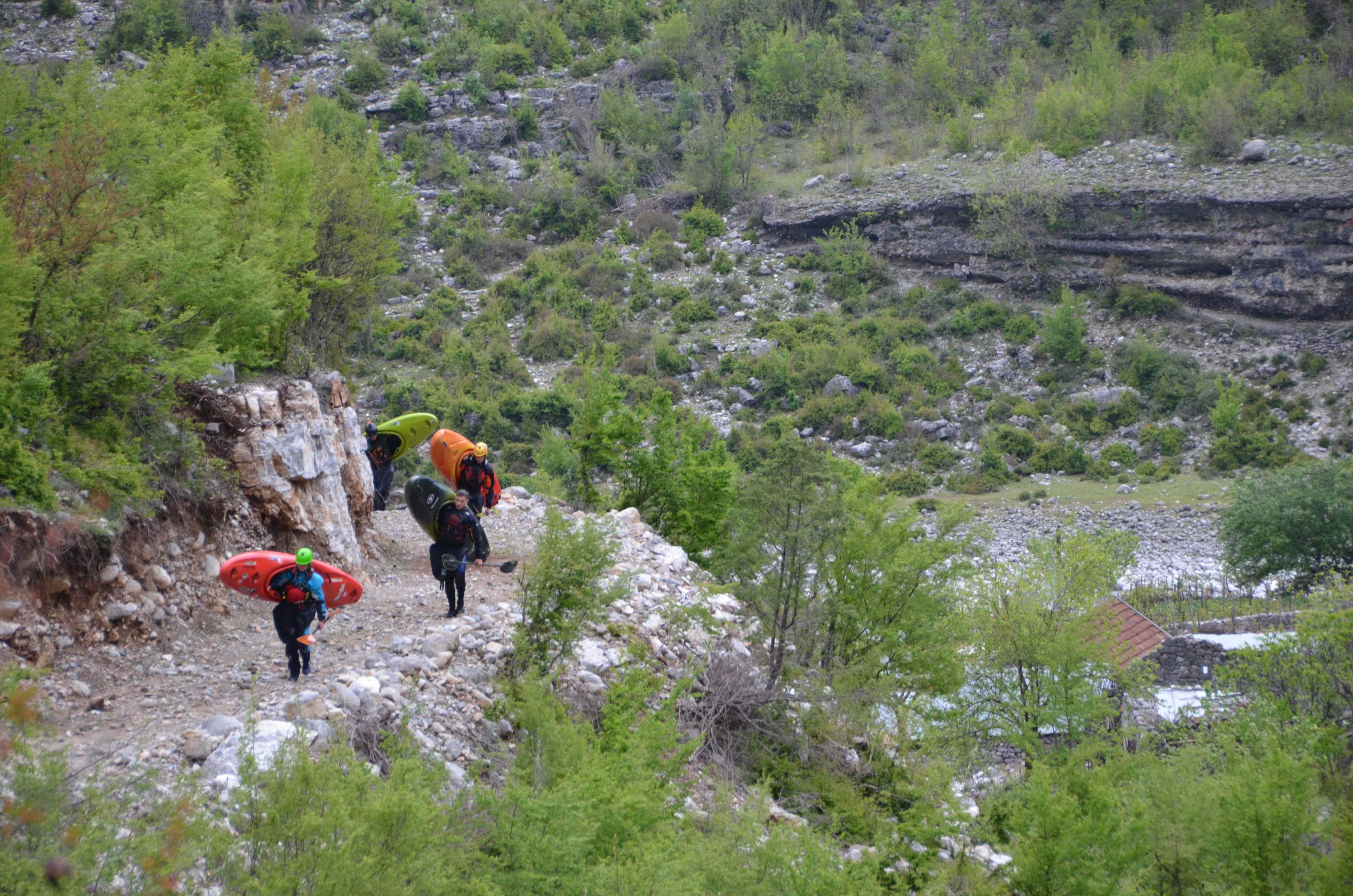 To recon the area we needed a few days. Along with paddling, there are great possibilities for hiking, climbing and mountain biking there. The upper part the river is blocked by significant rockfall and it took us many hours of scouting and paddling to make our way through those sections. The technical whitewater consists of small drops and must-runs. At the village of Nicaj the valley opened and the sections got easier, with the exception of one maze of rocks and siphons that was impassable at the low water levels we had. The recreation potential in the valley convinced us to extend our stay by a few days, and the time on the water and in Mother Nature was invaluable. 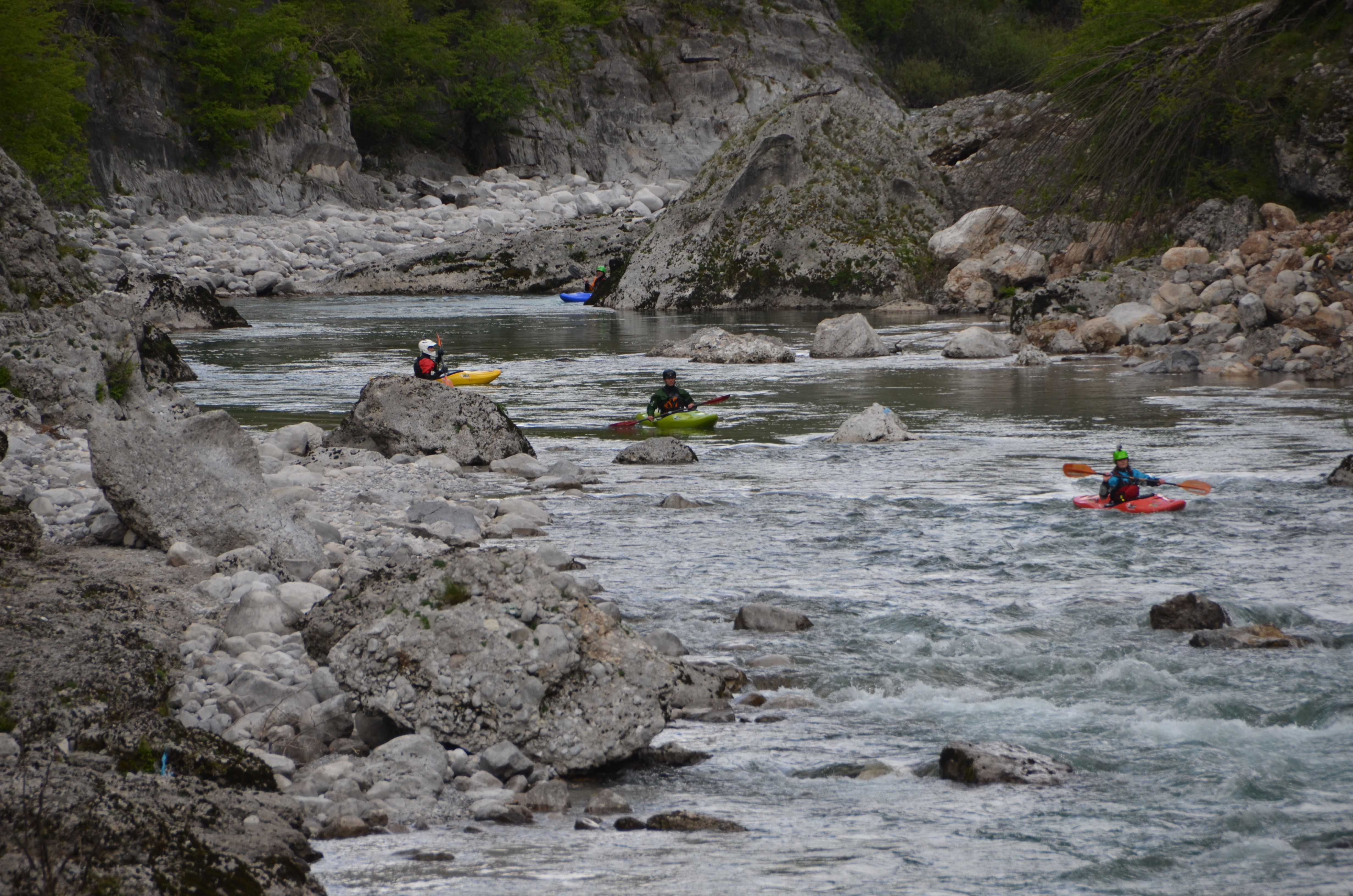 Travel days in Albania were always a battle between our vehicles and the terrible road conditions, and on our way out of the Shala Valley the roads finally claimed victory. No temporary patch seemed to work on the van, so we were forced to leave it in the valley. Some shepherd will now enjoy a new shelter from the weather!

In the end, however, any infrastructure challenges were a worthy sacrifice for such a rewarding journey in an incredible place. Exciting whitewater, friendly and hospitable people, and unique rivers and wild places will definitely have us returning to Albania in the very near future. 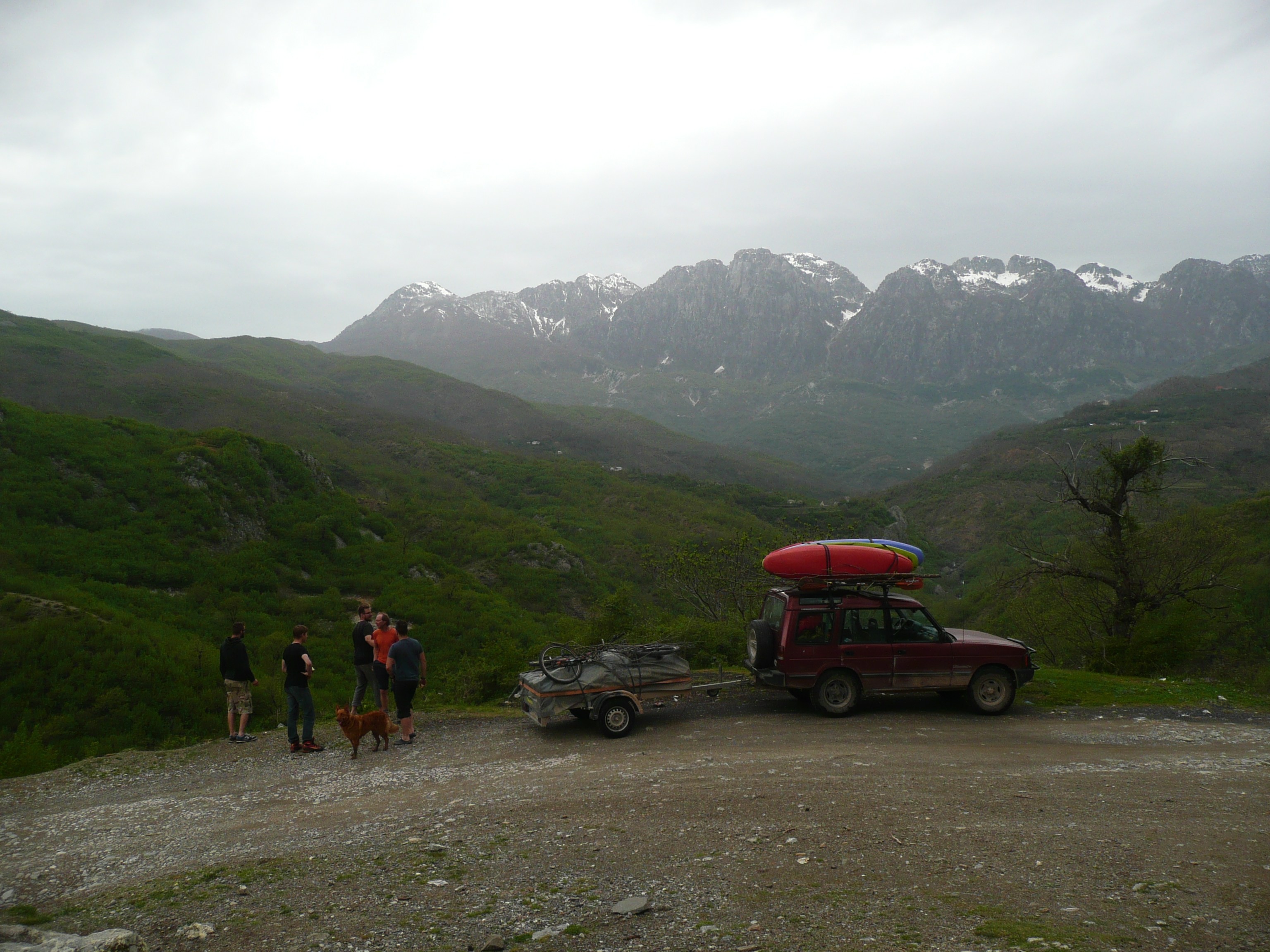 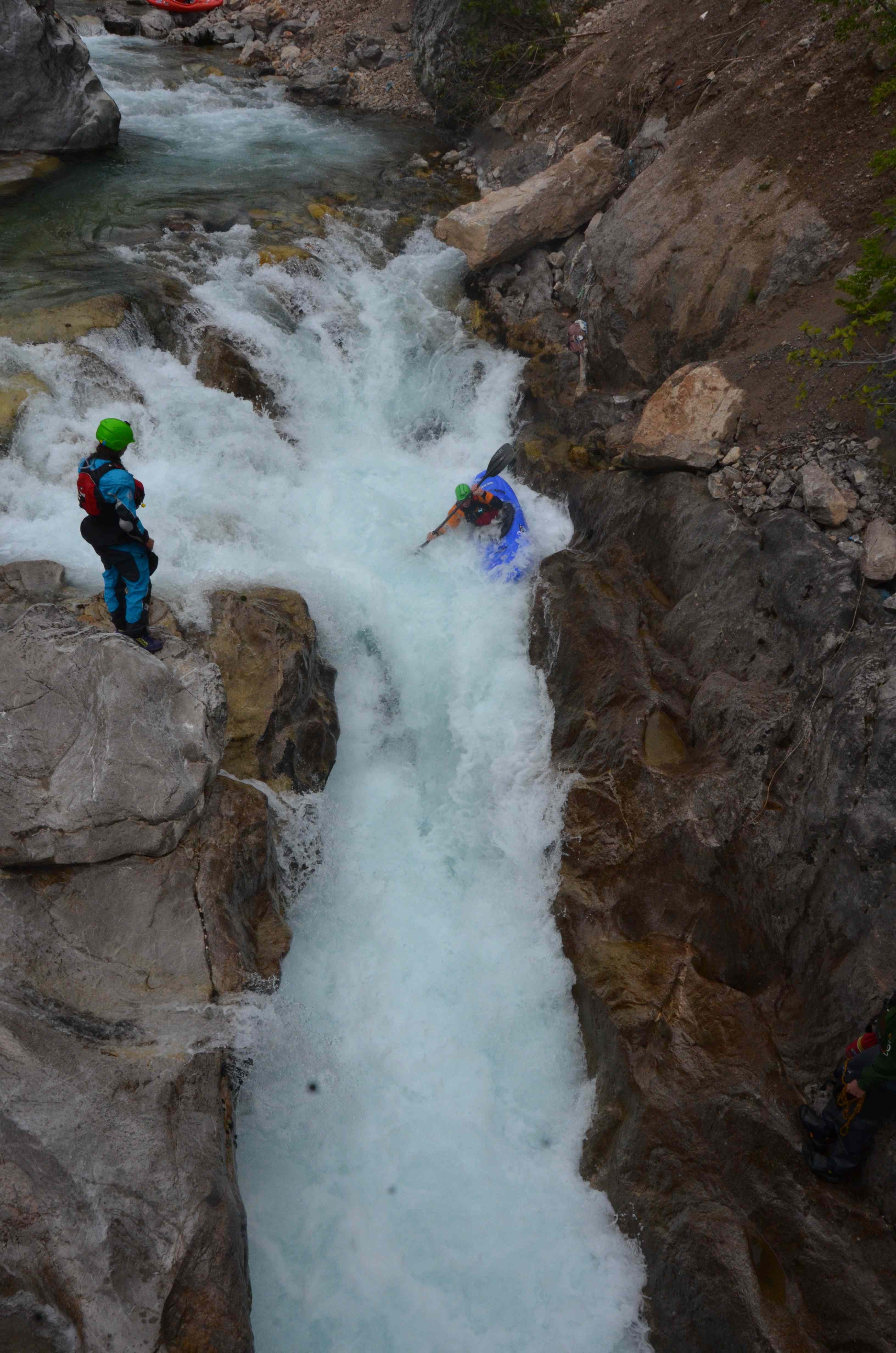 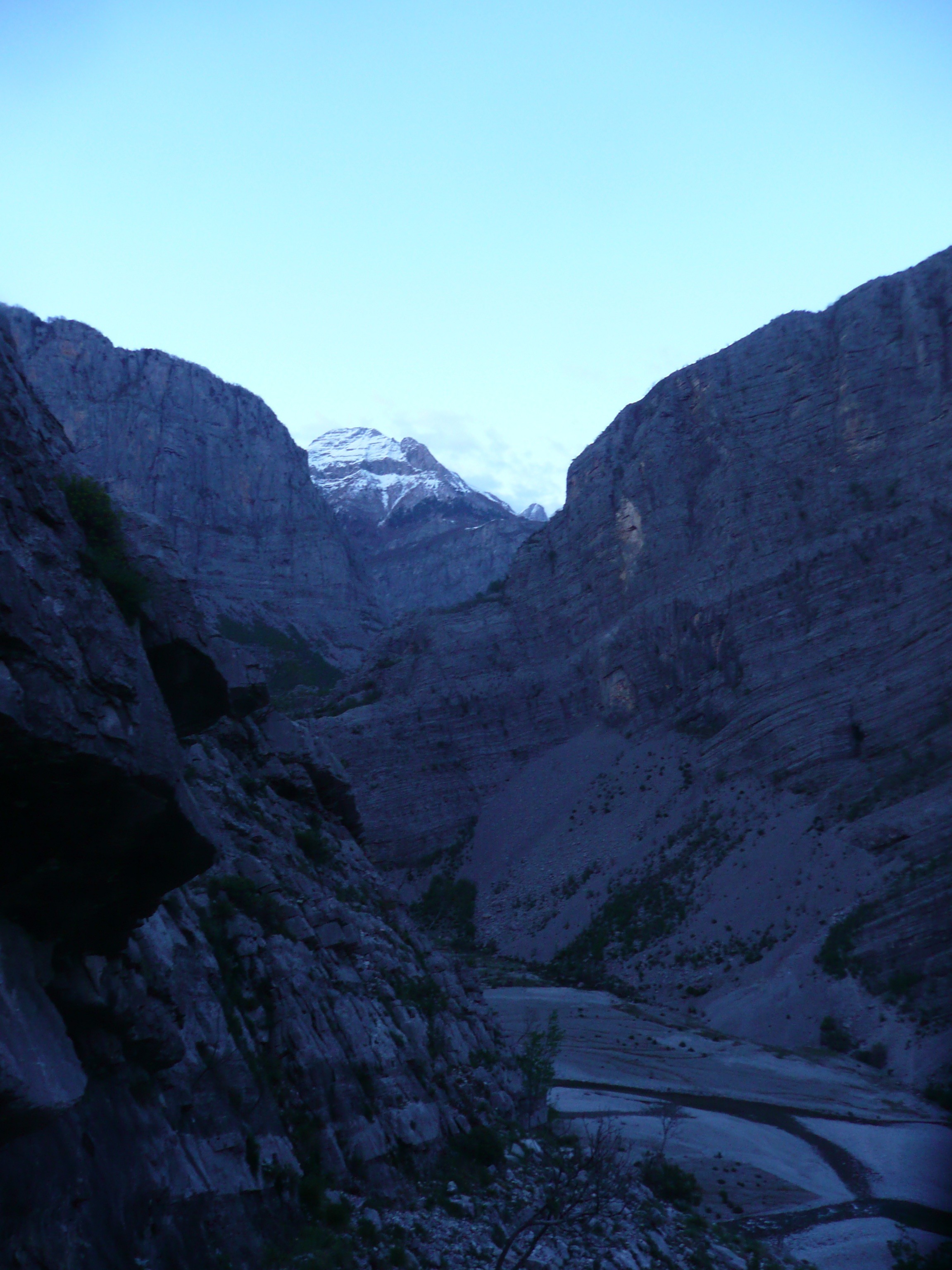 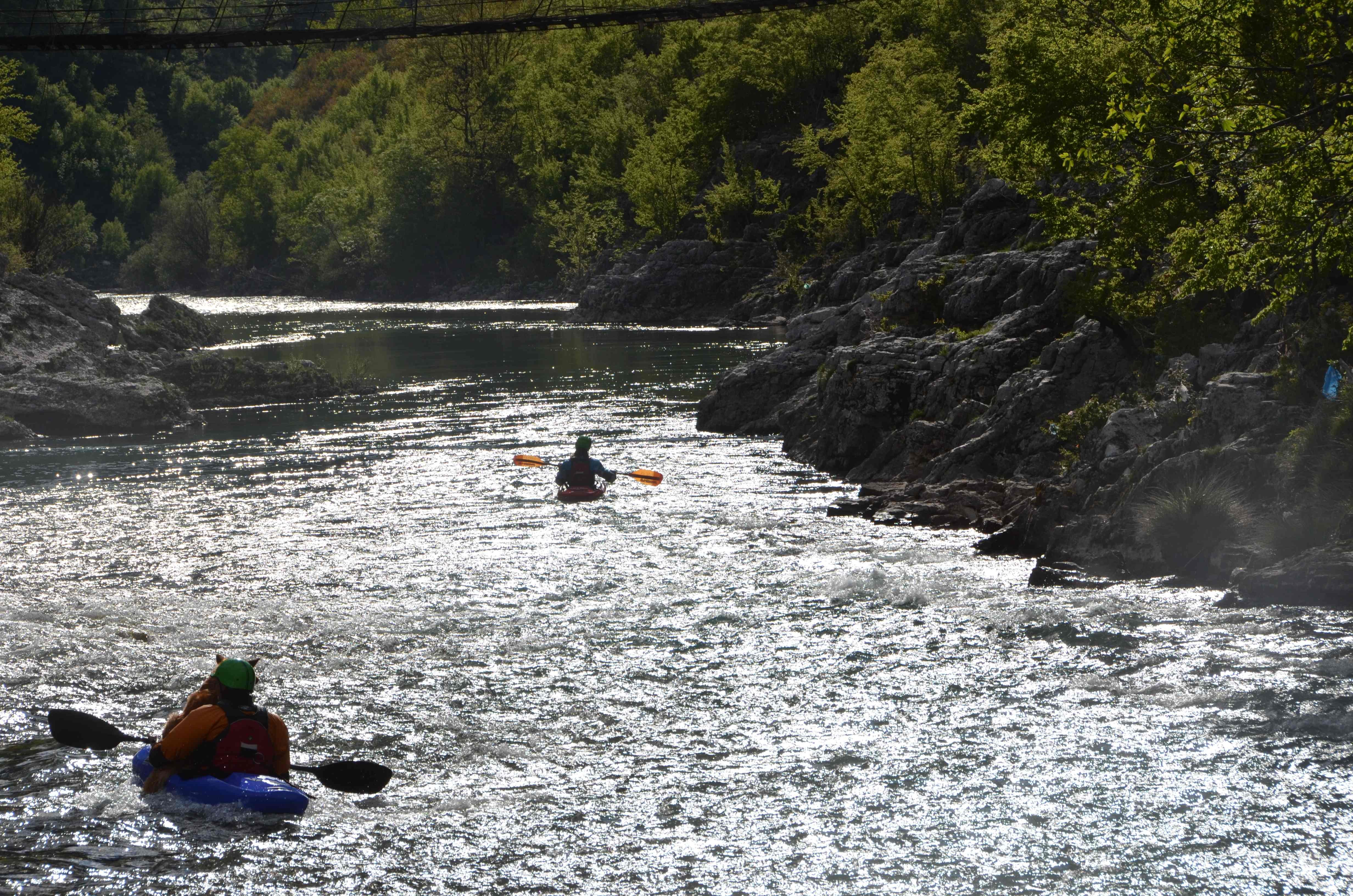 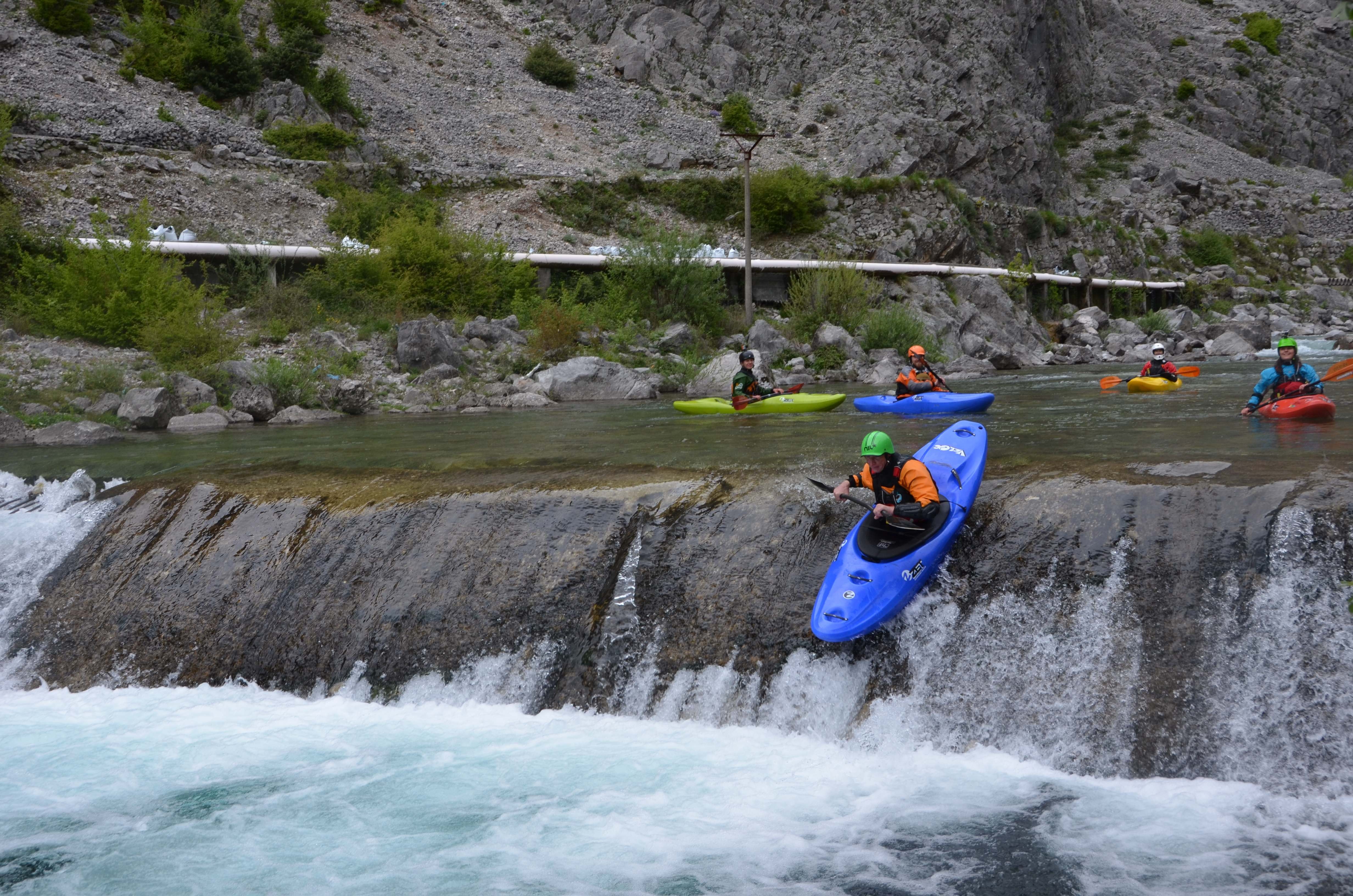 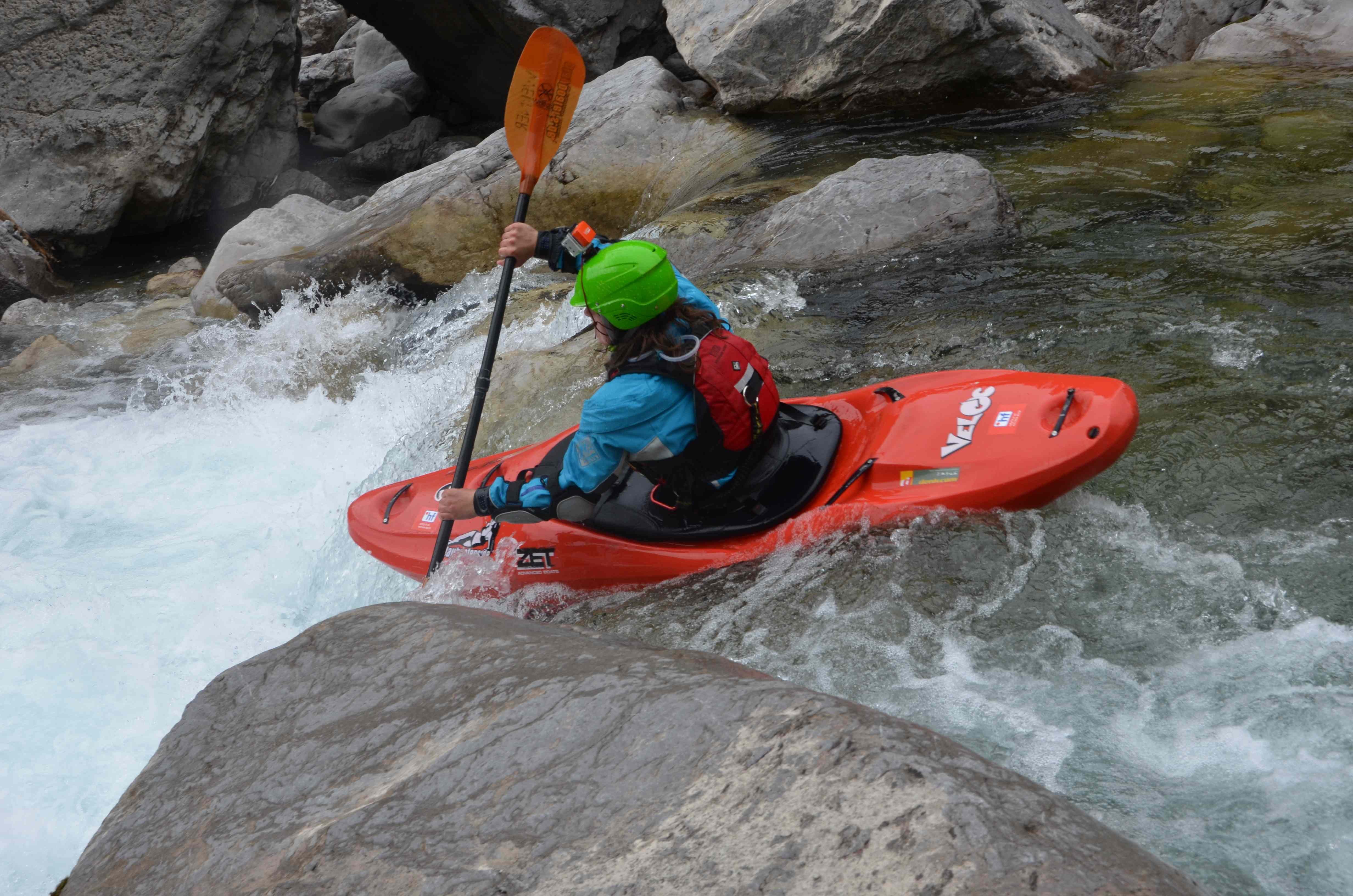 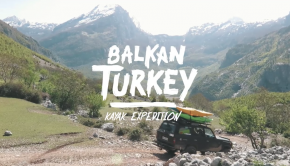 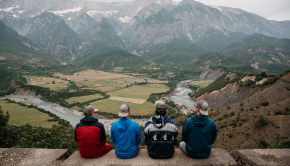 One For The River: The Vjosa Story, One of the Last Big Free Rivers in Europe →