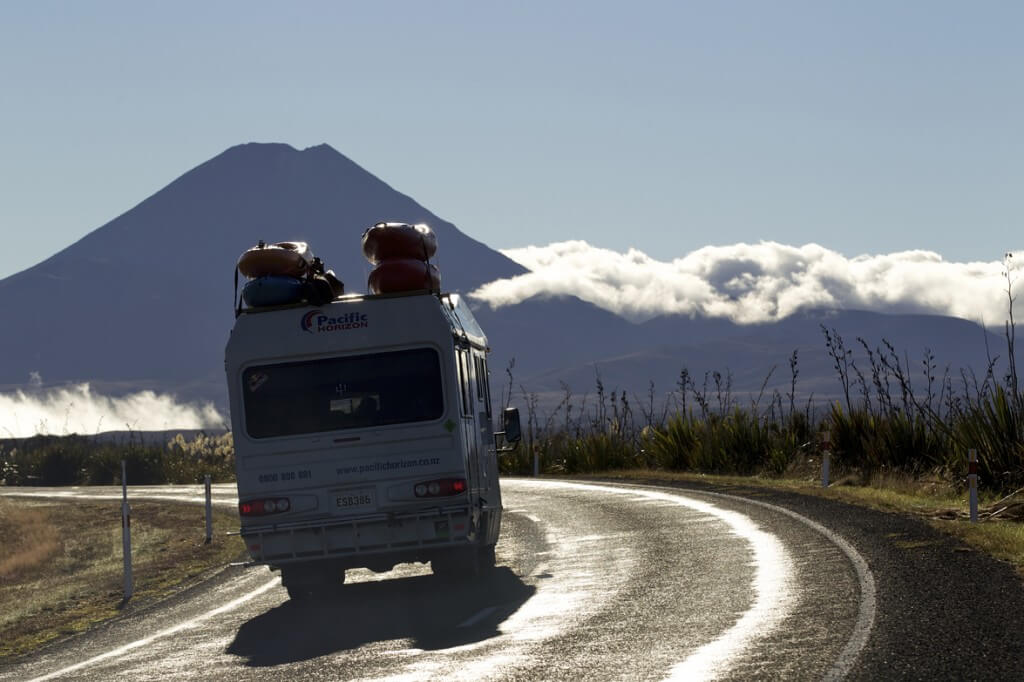 When Hollywood was looking for a place to film J.R.R. Tolkien’s fantasy-land epics, they promptly picked New Zealand. This island nation, as many have now seen on the big screen, is the real life Middle Earth. Active volcanoes, glaciers, rain forests, lakes, hot springs, coastlines, perfectly pastoral countryside; this is New Zealand. It’s as if the dreamscape were constructed through some intelligent design, and if that were the case, a whitewater paddler was chief consultant.

Both the North and South Islands hold ideal rivers. A couple hours’ drive from the city of Auckland on the North Island is the Kaituna, a spring fed, dam-controlled gem draining Lake Rotorua, a popular tourist stop featuring most of the things mentioned above, naturally New Zealand. The Kaituna’s gorge ensconced waterfalls have become a hot ticket for commercial rafters who want to go big. This is the birthplace of commercial waterfall rafting, and one of the few places on earth where a paying guest can kayak class V, in the front seat of a two-man boat. 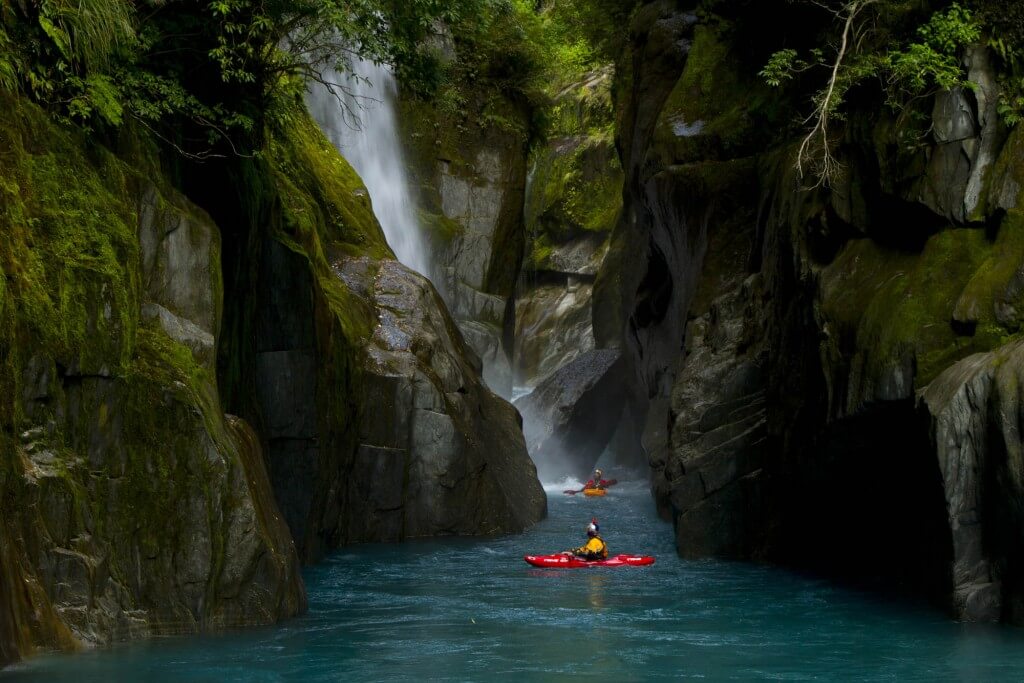 The high-level guiding opportunities of the Kaituna and the proximity of other Kiwi rivers has attracted some of the world’s top paddlers. Bernd Sommer, Arnd Schaeftlein, Mick Hopkinson, Graham Charles, Mikey Abbott, Mike Dawson; this is just a short list of elite kayakers who make New Zealand their home or seasonal base. Bold lines have been forged through rapids across the country, a product of both the natural surroundings and the culture of acceptable risk that permeates this recreation nation. Helicopter river shuttles are an expensive novelty in most of the world. In New Zealand, they’re commonplace. 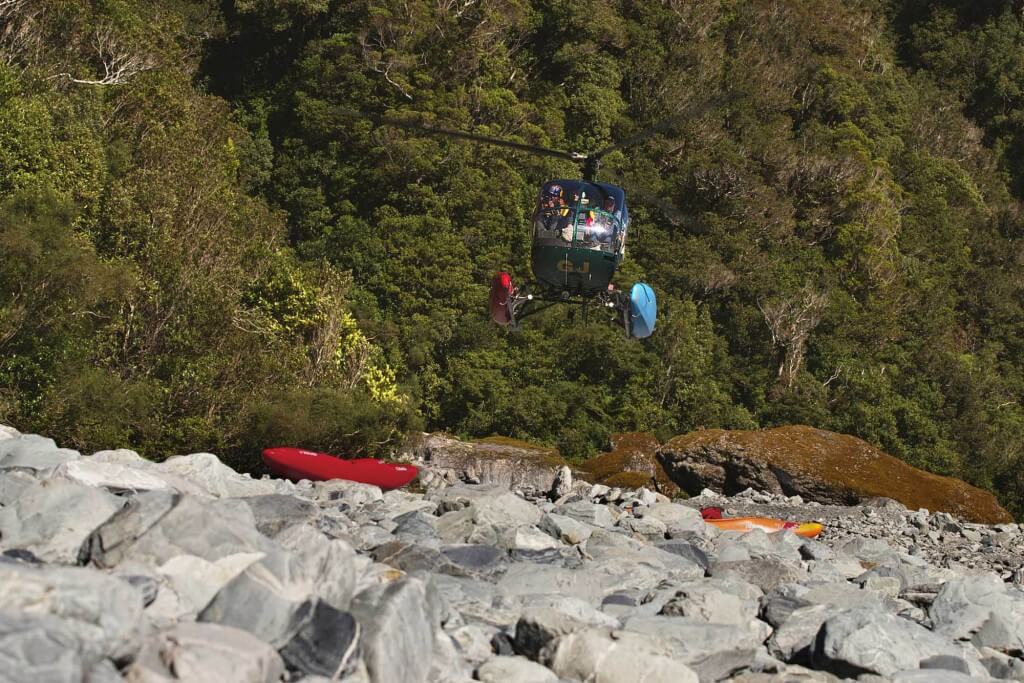 Most of those heli runs are located on the more rugged South Island, where a bastion of lush mountains—the Southern Alps—give rise to numerous cold clear rivers that fizz with crystalline purity. The Rangitata and Landsborough are both well-known classics here, but the list lasts as long as your stoke, a tongue twisting procession of whitewater adventure; Ahuriri, Kawarau, Hokitika, Okuku. 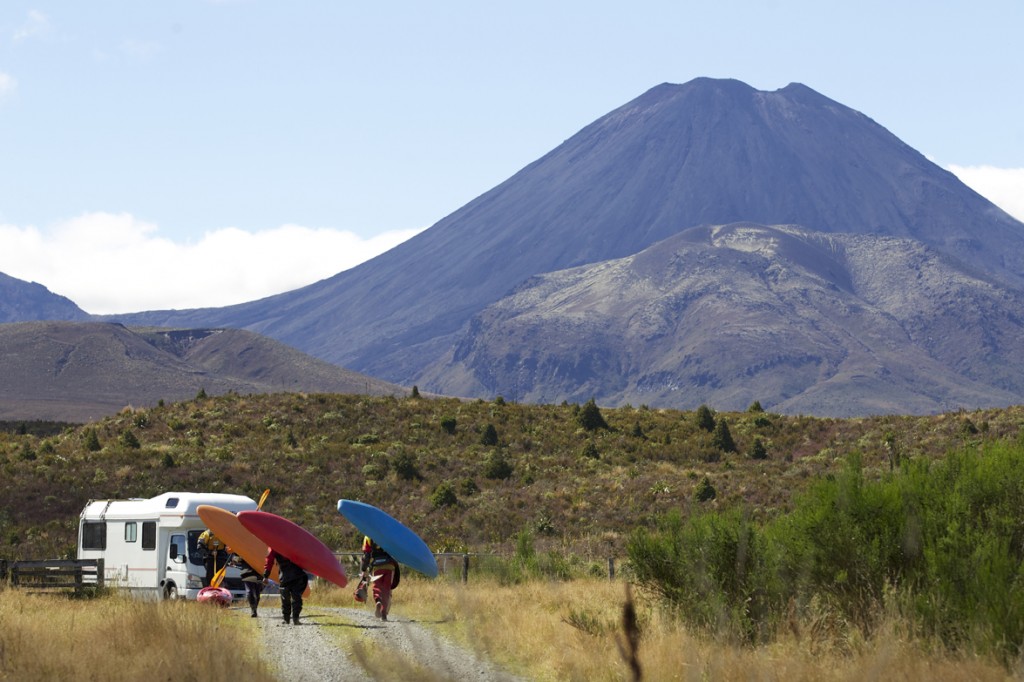 Generally, the rivers of New Zealand run highest in the southern hemisphere’s spring and early summer—November and December. Rainfall is consistent throughout the year, however, so there are often adequate streamflows any time of year. As one might expect, the weather in this land of dreams is neither too cold or too hot, and droughts are rare. The only unpleasant aspect of the climate is occasional spells of drenching rain, and that means the creeks are pumping—just another day in whitewater fantasy-land.