Inside the North Fork Championship with Capo Rettig #2

The Match Ups and what to look for in the Elite Division, Giant Slalom. 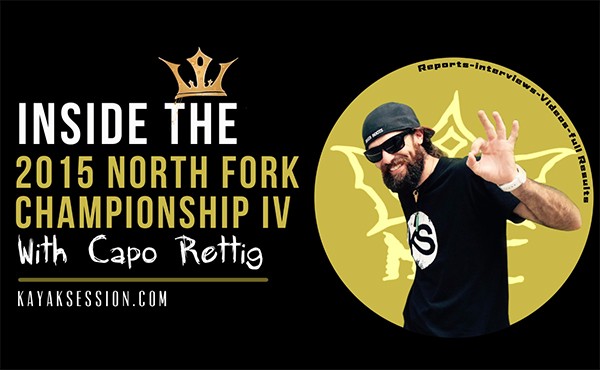 *** Warning: Opinion piece. Lets spark some discussion. Feel strongly? Make sure to respond to this post with your top three podium finishers.

The heart of the North Fork is in the power of the river. Its energy has a rippling effect, extending into the community that calls the area home. How alike are we, to the rivers that we run? Kayakers feed off the energy of their local runs and the two often will begin to mimic one another, blur the lines. River. Kayaker. How do you mimic your local run?

This harmonious balance between river and community is what is celebrated during the North Fork Championship.

This is the ‘why’ of the race.

But under all these nice warm feelings, one thing should be understood in fair warning.

Every kayaker racing in the Elite Division wants to win.

Each competitor has the skill and the talent to win the whole thing. “The North Fork has it’s own rhythm,” said Willie Kern during a previous year’s race. This rhythm is what throws off even the best kayakers, making the Giant Slalom on Jacobs Ladder the ultimate spectators event, because, quite simply…. Anyone can win.

For the true whitewater connoisseur, there might as well only be one race this weekend.

The Elite Division, Giant Slalom is THE event to watch. With a mixture of handpicked elite athletes, the winners from the previous year, and those five wild card paddlers who earn the right to compete by placing top 5 in the Time Trial event in the Expert division, the Giant Slalom is where the events most exciting matchups take place.

While the Time Trial is an important way to give everyone a chance at racing Jakes, and the BoaterX is always a crowd pleaser, the Giant Slalom is really what this event is all about and when someone says they won the North Fork race, they are taking about this.

Do you want to be one of the best kayakers in the World? Well this event has given those folks an outlet of expression.

Now, onto some of the matchups.

Ryan Casey, Louis Geltman, and Jules Domine. What do these three have in common? Yup, all past winners.

Nobody has ever won the NFC Giant Slalom twice, and these guys will get the chance to do so in a couple of days, further putting their stamp on the history of the North Fork.

Ryan Casey, the winner of the very first NFC, has Idaho water pulsing through his veins, and if anyone knows the rhythm of the North Fork, it is him. This year however, he has opted out of racing to help with the safety team. Big Karma to the North Fork Champion that isn’t scared to hold a throw bag. Legend.

Mr. Geltman has combined his background of slalom, with years of shit-running PNW living, into that perfect combination of precise technical skill mixed with class V nerve. This is the only guy on the planet who has won both the Little White Salmon Race and the North Fork Race… I believe in the same year (fact checker?)? Take a look at a photo of Louis Geltman, body position, stroke, and the look on his face, and tell me that this guy can’t win….. again. My prediction is if there is a repeat champion, it’s him.

Then the young gun out of this group of past NFC winners…wild-man Jules Domine. Jules took a Dark Knights’ victory in last year’s North Fork Championship. With an undisputed set of skills on big water and technical creeks, nobody thought he couldn’t win last year’s event, but for many, his victory was a surprise that left some wondering what type of medicine he had been taking while living down in Colombia the past few winters. Winning Formula: move to Antioquia, Colombia. Run the shit at high water all the time, every day…. And you too, might win the North Fork.

If I was being cautious with my money, the obvious pick would be Gerd Sarrasolses, who has an uncanny knack of winning almost every race he enters. The Pyranha 9R has not helped out his competition much either. This could be his year to stand real tall on that podium. He has to make some mistake on the course, or this guy will end up winning.

Gerd Serrasolses made the top 3 in pretty much every races he entered for the past few years. He is a serious contender for the 2015 crown. ©NFC

Rush Sturges, Dane Jackson, Isaac Levinson, Nick Troutman and Andrew Holcombe all fall into the category, of For Sure Can Win Anytime They Are On the Water.

Isaac matching up with Dane, Nick, and Rush will show how Team Jackson fairs against one anther. Oh… real tough one, but I will go with, in order, Dane, Rush, Isaac, and Nick…. Out of that group.

Dane Jackson could well be the winner this year. ©NFC

As in most international races, there are some notable names missing from the roster. Evan Garcia followed his high-water nose to Europe where he is charging with the Lammler brothers. Life just got easier for a lot of people without this kid around, who probably would have made my pick for top three podium finisher.

Ben Marr is off in Papa New Guinea. Maybe not a huge threat in this setting (or is he?), he will mostly be missed at the before and after parties. The Chileans won’t make it tampoco and neither will the King of Asia, Russian paddler Egor Voskoboynikov. This comes somewhat as a relief to the media crew as it is always a nightmare trying to spell his name… a name often in the top five of everything he enters.

Rush Sturges. could be the one this year; it all depends on whether Rush will be competing, or whether Ruddy Rampage will steal his boat for the race. If Ruddy paddles, he will win. that is what he does… WINNING. ©NFC

Katrina Van Wijk, the first female paddler to race Jake’s will not be able to make it this year, however all-around talent Nouria Newman will be competing this year and will be battling on Jake’s against everyone else.

One big piece of news is that Sickline winner Joe Morley (featured in Kayak Session #54) is out with a broken hand and will not compete.

One of the smoothest paddler of all time, Andrew Holcombe ©NFC

Then we have those guys that are just plain hungry for a big time win. These are the guys that constantly finish just out of reach of the podium, but usually end up within eyesight of that coveted wooden platform of glory.

Would anyone be surprised if Kyle “King Hesh” Hull took the whole damn thing? Not those that paddle with this guy. Suffering a horribly broken leg that almost ended his carrier, the King has gotten back into his old high water, smooth-stroking style that leaves the God of the Little White smiling. All hail King Hesh. Guess who’s got him in their top three?

The Wells brother, Brendan and Todd will both be racing in the Elite Division this year. These two brothers have quickly made a name for themselves as another example of brothers who take on expeditions together. The Kern Brothers….? The Knapps…..? Ok, maybe they are not quite on that level yet, but winning the NFC would certainly be a step in the right direction towards their Personal Legends. Todd has finished in the top 10 all three years…. an impressive feat, and one not to be ignored.

In the case of the athletes that were not able to make it, alternates were selected to race this year for the vacant spots. World Class Academy graduates Liam Fournier from Alberta, Canada and Erik Johnson from White Salmon, Eric Parker from Jackson, WY, and local ID paddler Seth Stoenner will be stepping in to compete this year. Additionally, freestyle guru Kalob Grady from Ottawa Valley has also earned himself a spot in this year’s race.

Hey, and you want to talk Dark Knight winner? Two words: Tyler Bradt. He has finished second in this event in the years past, but has T-Bradt become too much of a pirate to put any pressure on this tough field, this far from seawater? Well, here is your chance to prove it hasn’t, Mr. Bradt. I will be rooting for you.

Tyler Bradt. if he wakes on time for the race, he will be a big threat no doubt. ©kayaksession.com

The list kind of just keeps on continuing… with well…. more athletes that are pushing modern whitewater and the way we run rivers. Aniol Serrasolses, Alec Voorhees, Galen Volkahusen….. oh yeah and a pretty damn good paddler from France named Eric Deguil, who looked pretty close to winning it all last year after placing high in the Time Trials and winning the BoaterX.

It is just a ridiculously stacked field from top to bottom. Complete. I am probably even missing somebody… and to that person, you are probably pretty damn good as well.

Anyone still reading this needs to respond to this post with their top three picks for the podium. The bonus: order does not need to be correct.

Around the NFC Media headquarters, picks for finishing on the podium, in no particular order:

For more information on the Riders, visit the NFC Website at http://northforkchampionship.com/races/riders/ 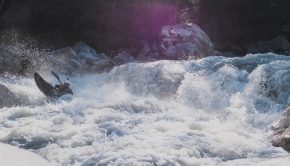 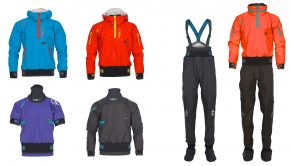 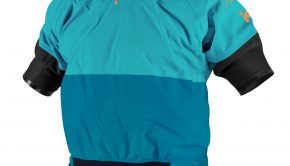 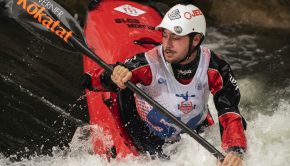