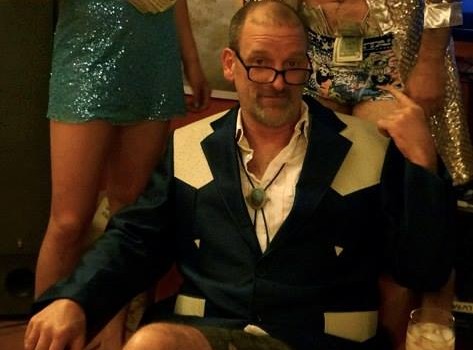 The Top Contenders for the 18th Annual Green Race – Who’s gonna walk away with some green in their pockets?

The competition for this years Green Race seems to have tightened up in all the different categories.  It will all just come down to who can lay down the perfect line and keeps their head together while they are completely exhausted.  There are 4 guys that have a legitimate chance at taking the trophy and I also threw in a wild card. Adriene and Katrina are getting closer and closer in times and Katrina beat Adriene for the first time last week.  The battle continues between experience and youth in hand paddles.  Last but not least the C-1 category looks like it will heat up again this year with several top slalom and freestyle paddlers joining the fray.  Its all going to come down to who keeps the hairy side up.  The days have been beautiful. The water levels are perfect and the stoke is high.  Here are your top contenders.

Pat Keller – Pat is just about as local as they come and a two time Green Race Champ.  This year he has been on the water a ton and has stayed away from injuries that have sidelined him some in recent years.  Pats knows every single rock in this race course and exactly how he wants to attack them at every water level.  It will all come down to how fit is he.  We know he has the power its just a matter of endurance.  Can he maintain the high intensity for the four minutes plus of stress.  Then what is he going to do after the first race run.  Last year he and Dan did « switch » runs down the course. Then there is always Pat Keller he always has the potential to lay down a hot lap. © kayaksession.com / Shane Benedict

Isaac Levinson – Isaac is at the top of everyones leader board for potential winners this year.  He recently moved out west and has been training on different waters than the home run.  We’ll see if that training translates to the low water technical drops here.  He is looking strong and seems to be mostly recovered from a major back injury.  Its great to see him paddling hard again.  Rumor has it he has been putting down some very fast practice laps.  The last time Isaac was trying to recover from an injury at the race, he won. 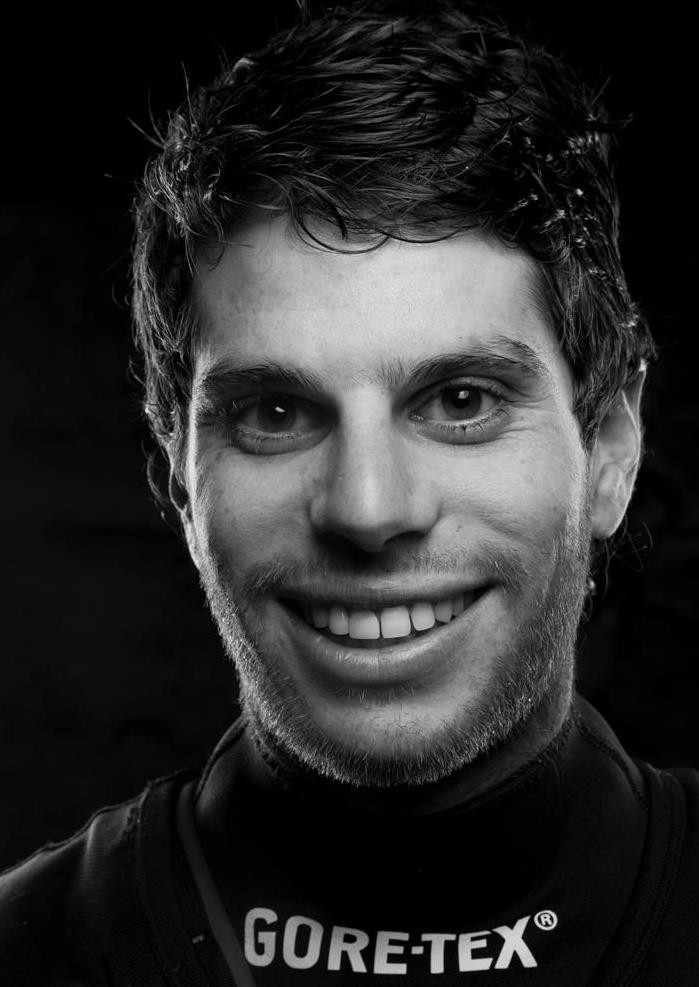 Isaac is back and he wants it. ©kayaksession.com / shane benedict

Dane Jackson – Dane has been moving his way up the Green Race finish list for the last several years.  Last year he moved all the way up to 2nd place. Its great to see a World Champion freestyle paddler doing so well in creeking comps. No one is working harder on his lines than Dane right now.  The last couple days I have been out on the water and he has walked up to run Gorilla and the slides below 10 times each day.  That says a couple things.  He knows the lines and he is in great shape.  It will be interesting to see how the new Jackson design performs for him but on the other hand we say that Dane could paddle a 2×4 and make it look good.  This could be the year! 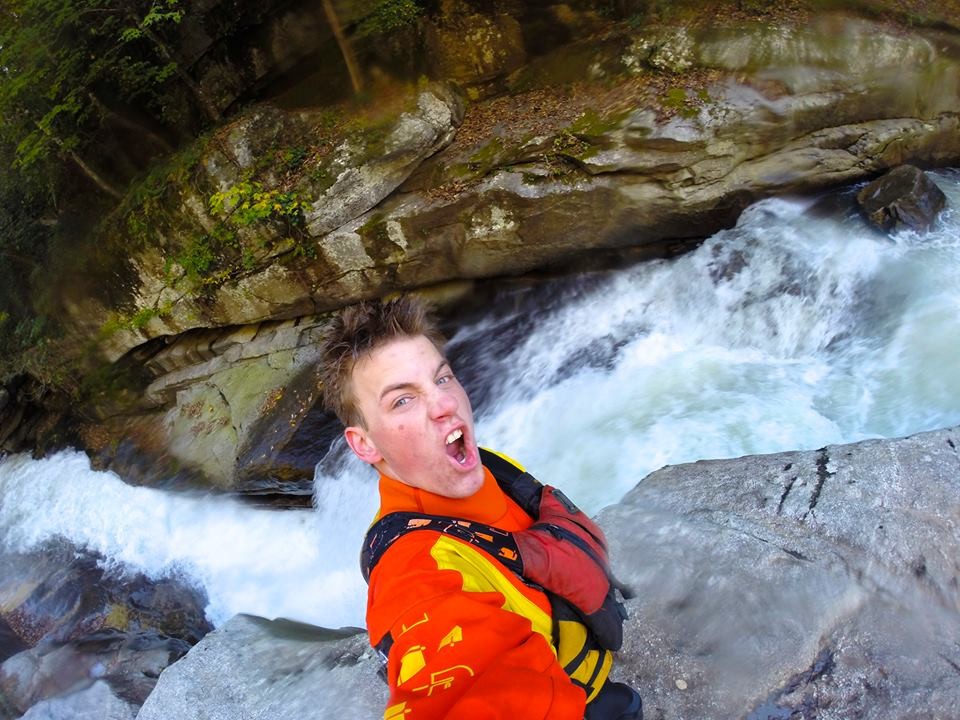 Dane Jackson just may break out on top at the Green Race like he has in so many other paddling disciplines. © kayaksession.com / Shane Benedict

Gerd Serrasolses – I haven’t seen Gerd race yet but in the practice runs that I have seen you can see the power and accurateness of his strokes.  I have yet to see him off line.  He seems to be in great shape but the question will be how much experience will he have once its time to drop in.  He is obviously doing very well in competition.  If he has gotten in a bunch of runs in the short time he has been here I think the Spaniard has a great opportunity to be in the top 5. 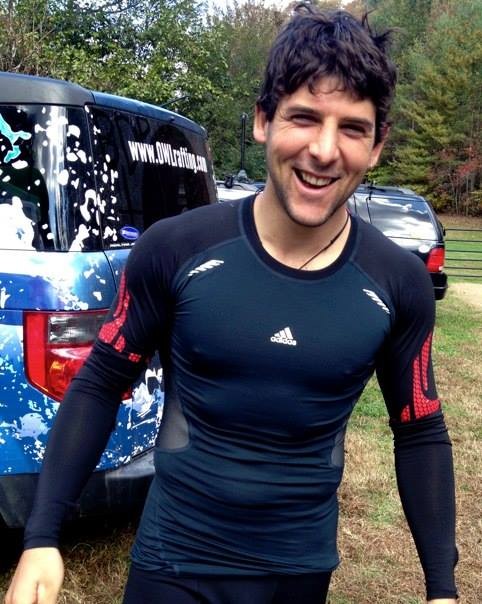 Could this man win coming from no where? The dirty Gerd.
© kayaksession.com / Shane Benedict

Eric Deguil –  There is no one in the field that has more right to the podium this year than Eric.  He has been to this race four times always landing in the top 5 and finishing three times in 3rd place.  His strong slalom and wildwater background pushes him to the front. The other thing he has going for him is that the last four Russel Fork Race champs have gone on to win the Green Race and he did just that last weekend.  Its just a matter of him having his perfect race to take home the Green Race Trophy. 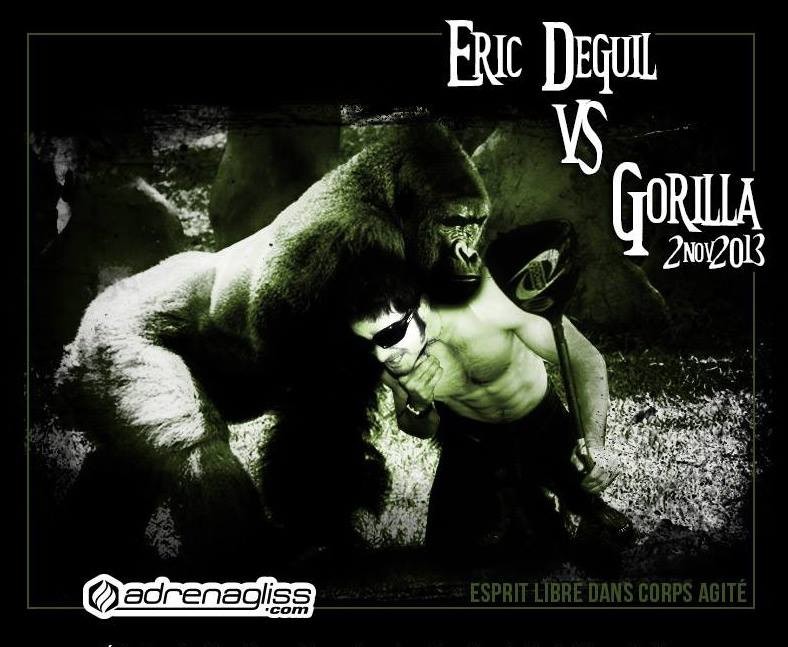 Deguil is looking ready to finally take on the Gorilla – this is a poster his sponsor created to go and beat the beast! © kayaksession.com / shane benedict

Adriene Levknecht – Lil’ A is the hands down favorite to win her 6th Green Race in a row!  However this year she spent much of the year training for the Freestyle World Championships, where she won a Bronze medal, and traveling in Europe so she missed out her normal onslaught of training on the Green so her normal 100 plus days on the Green are more  subdued.  All that said she is strong as a bull and knows this run like every pair of striped socks in her drawer.  Its going to take a major contender to knock her out and we might just have one. 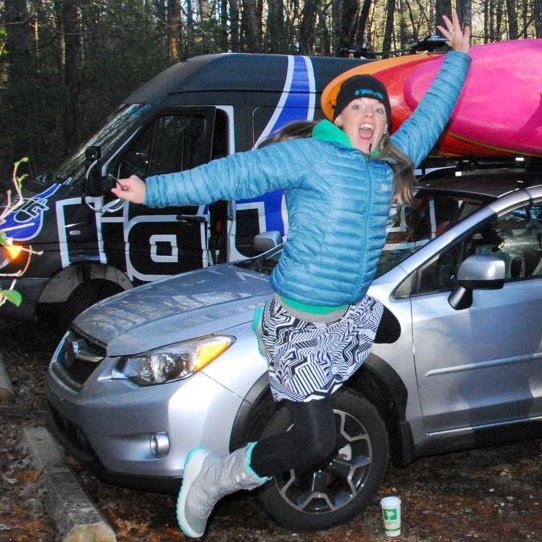 Adriene hoping to jump on another title. There is a tall Amazon in her way. © kayaksession.com / Shane Benedict

Katrina Van Wijk – Katrina finished just 8 seconds behind Adriene last year here at the Green Race.  This year she came down a few weeks early to put in more serious training time.  This might just be the year.  But its a tall order to take out someone who has such a strangle hold on this event.  The other fun thing to think about is that both of these ladies may break the course record and a bunch of boys hearts.  They look fast. 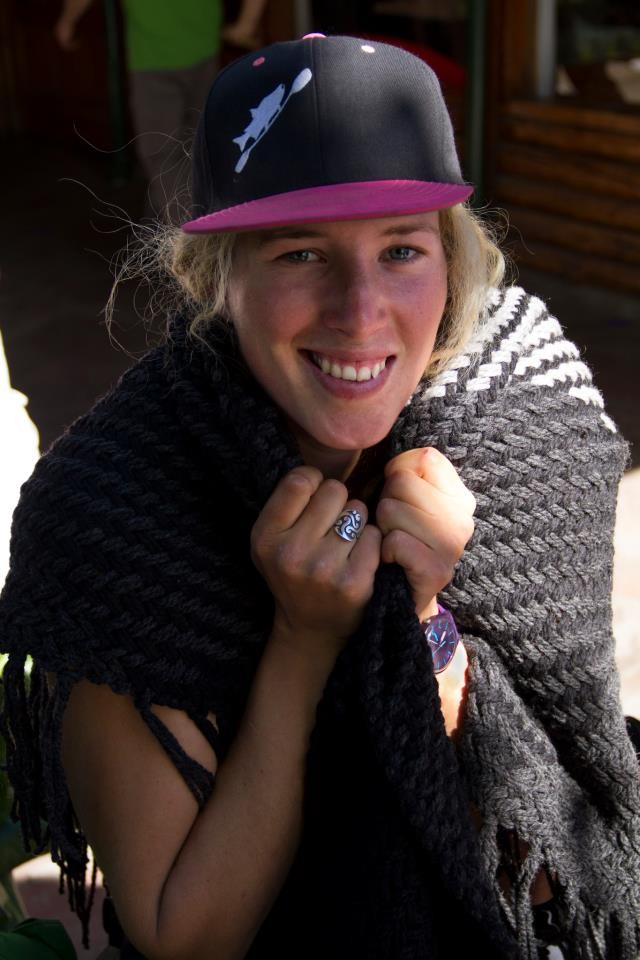 Katrina is looking comfortable in her spot near the top of women’s extreme racing elite © kayaksession.com / Shane Benedict

Bill Clipper – Clipper finally took out 6 time champ Keith Sprinkle in the hand paddle category.  That was a major hurdle for him to over take now he has to hold on to the title.  Bill has been looking good but may not have gotten out on the water as much as in years past but watching him come through Gorilla the last few days he seems right on his game. 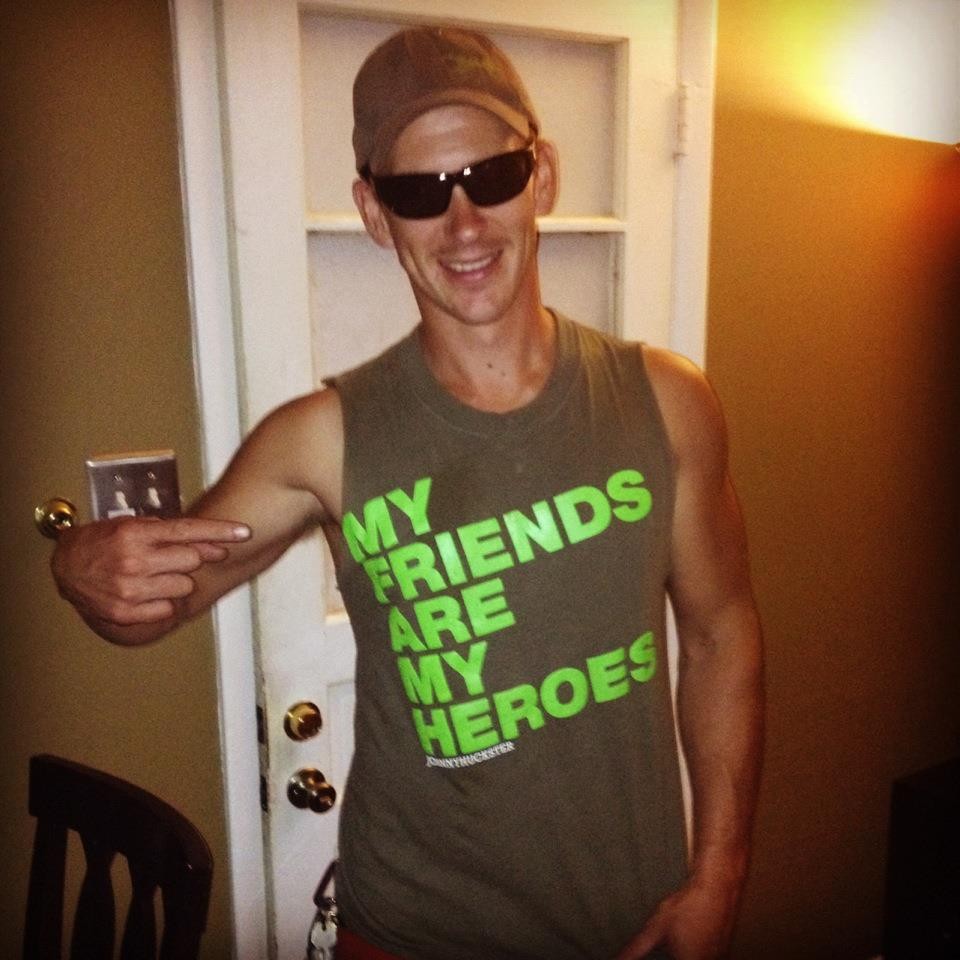 Keith Sprinkle – Sprinkle took a major blow last year losing for the first time in 6 years.  I have a feeling that has brought him back to this race more focused prepared than ever.  In the practice runs I saw of his he skipped through Gorilla as fast as any of the other racers WITH paddles.  It gonna be the age old competition between Experience (some would say old age) and Youth. Sprinkle turned 50 something years old this year and Clipper is a young whipper snapper.  This is going to be a great battle. 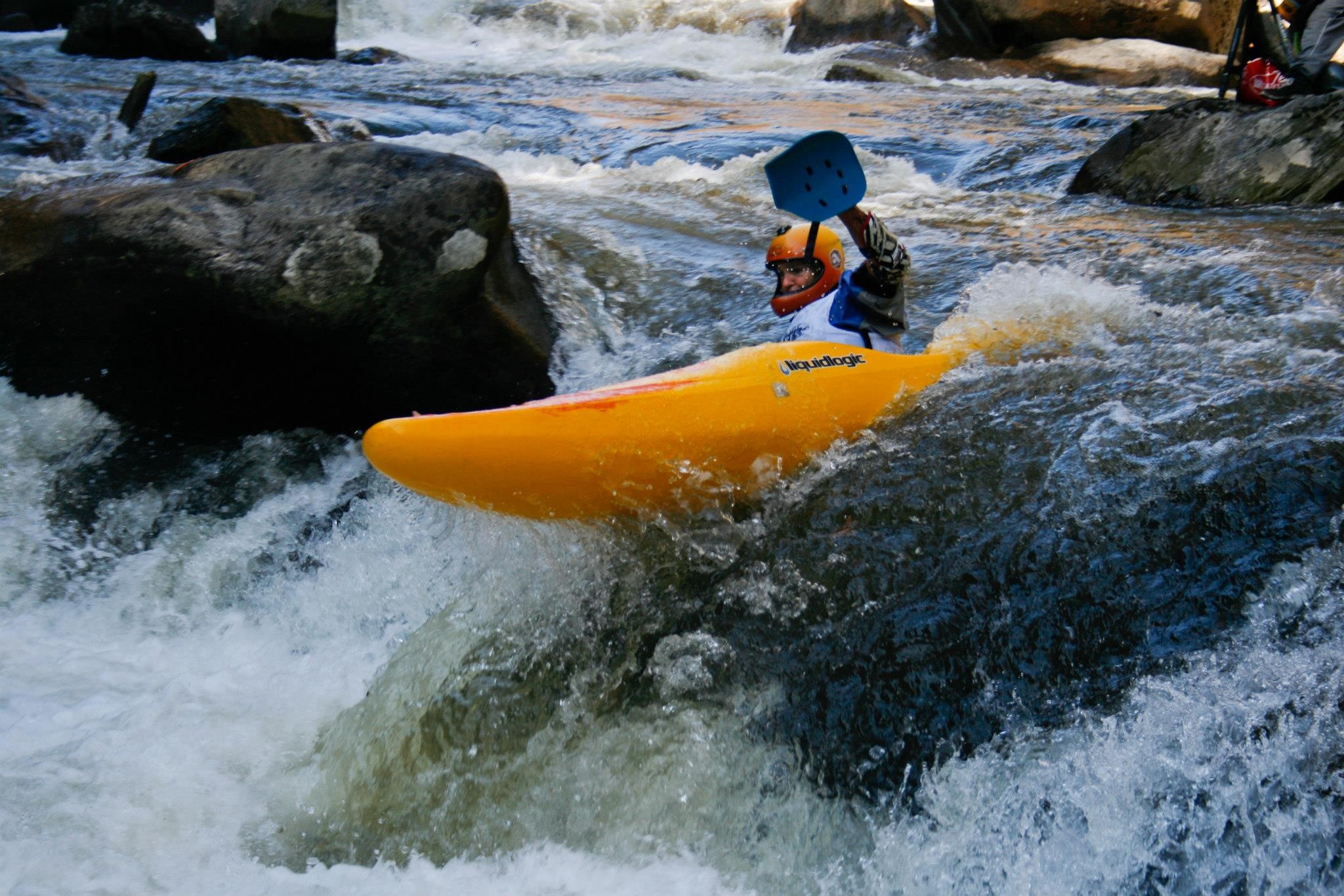 Can Sprinkle is regain his crown? © kayaksession.com / Shane Benedict

Jordan Poffenberger – Jordan is coming off a win last year at the Green Race and more recently two Gold Medals at the Freestyle World Championships so his head is in the right place.  I don’t know that he has been able to train like he would want but he has had a little more time in the long boat.  This year however he also has a couple fast competitors coming back.  Its going to heat up in C-1. 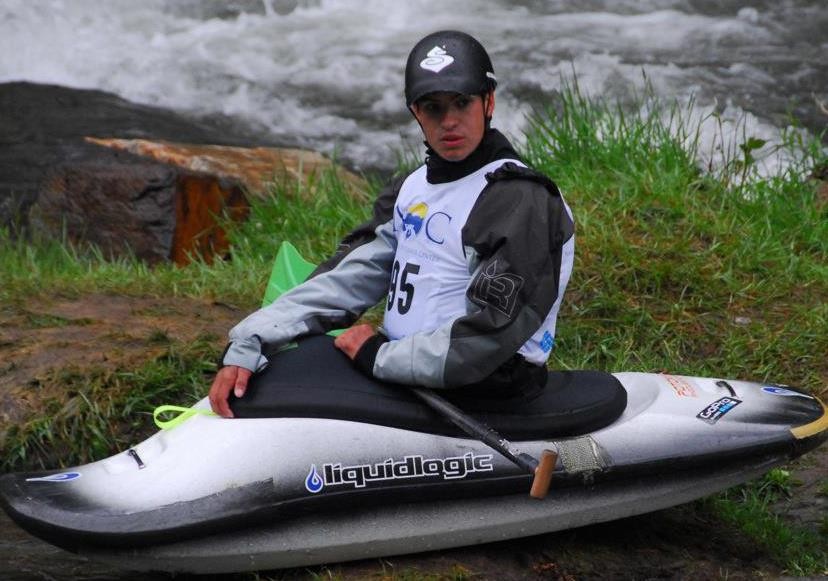 Jordan Poffenberger is hoping to retain his title and add it to the collection from this year. © kayaksession.com / Shane Benedict

Tad Dennis – Tad has been a strong slalom C-1 paddler for years and this year he added a Silver medal in Freestyle to the list of accomplishments.  He has won the Green Race and is coming back for more.  Last year he was only 2 seconds behind Jordan. 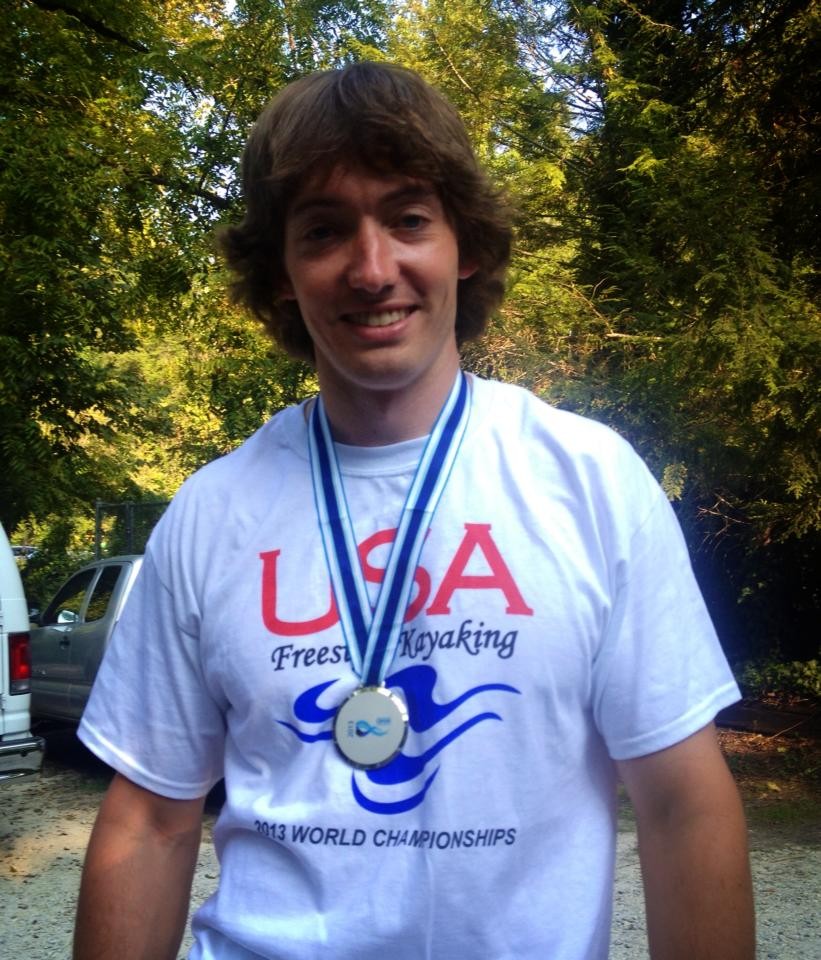 Tad Dennis wants another trophy to add to his collection. © kayaksession.com / Shane Benedict

Ben Fraker – Fraker is one of the best C-1 slalom racers the US has seen in years and at the Green race a couple years ago a broken paddle may have stolen the title away from him but this year he is coming back.  Its going to be a great C-1 competition this year for sure. 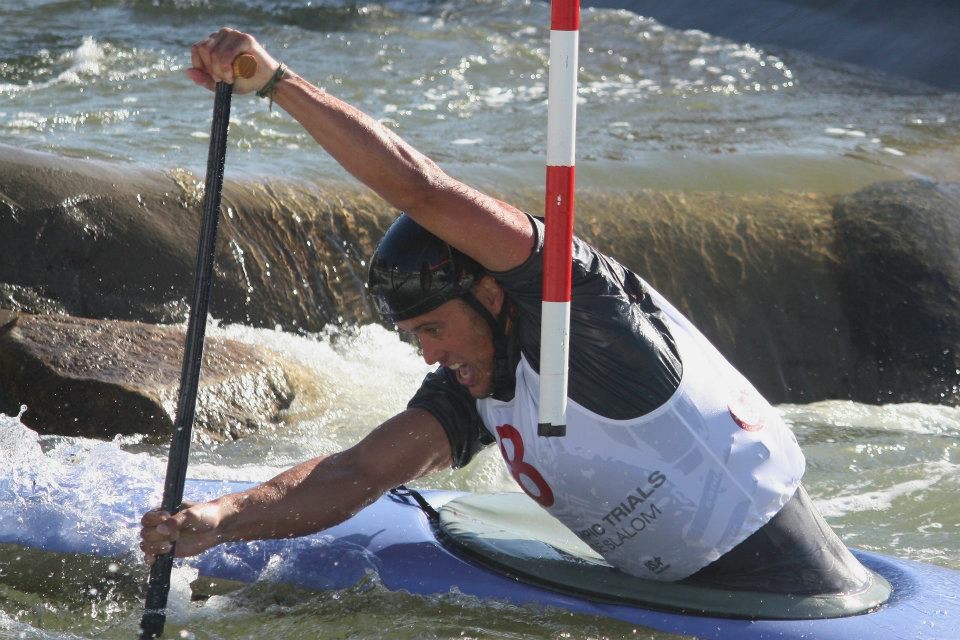 Ben Fraker could lay down a C-1 time for the record books in his return this year. © kayaksession.com / Shane Benedict

Stay tuned for more. Next is party report.

in the meantime you can watch some pre-race carnage. 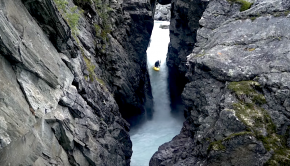