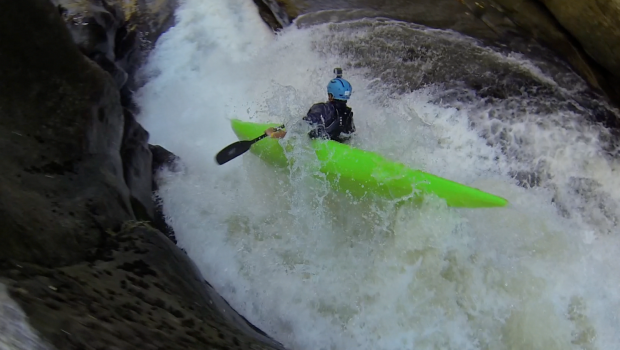 A few remarkable statistics have already emerged in this year’s Green Race, and the event hasn’t even begun.  Six juniors are getting ready to post their time.  Seven women will compete, including an Open Boater, which may not seem like a lot but it is the most women who have ever competed at the Green Race!  To top it all off, as of writing this article,  we have over a 190 start times registered, and people are still throwing their names up on the list.  Given a one-minute break between each entrant, that’s over three hours of paddlers emerging from the cauldron of Gorilla on Saturday. 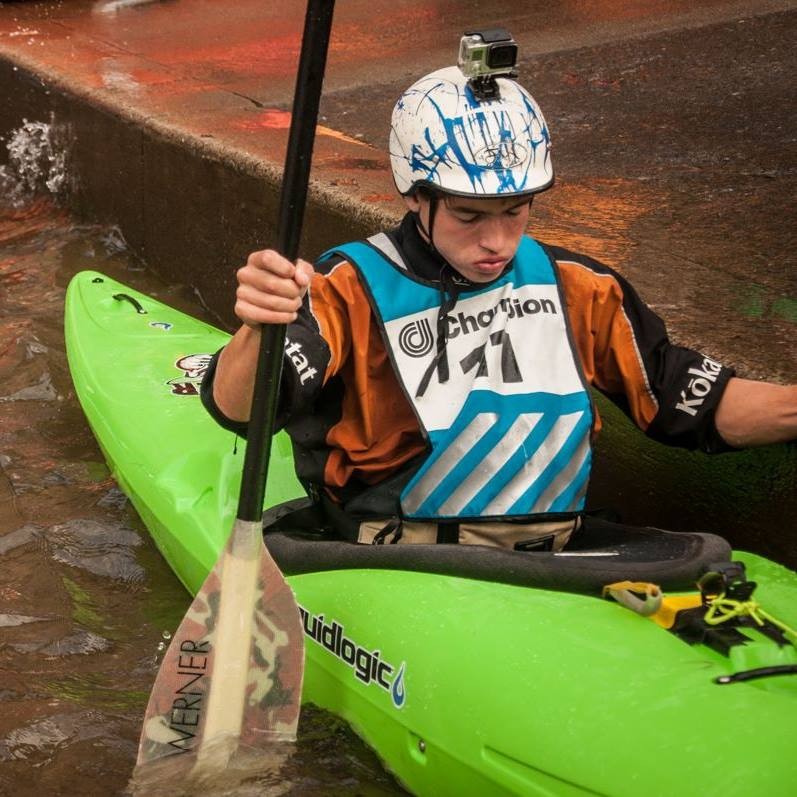 This year’s juniors and young guns prove a very exciting crew to watch.  I have made it clear over the years that I do not support pushing young paddlers to be “the youngest,” or “ the first junior” to achieve a goal.  In this young crew, what I see is that the skill level meets the serious demands of this section of river, the main factor by which I believe any paddler should be measured.  Every one of the younger competitors whom I have watched preparing over the last couple months have demonstrated a ton of skill.  I feel like most, if not all, will finish in the top 50% of the field.

Robert Waldron is the most obvious person standing out in the talented group of young competitors.  At 15 years-old ,he shows remarkable composure and precision while paddling.  Just a couple weeks ago, he came in second at the Moose River Race, beating out top men’s competitors with far more experience. 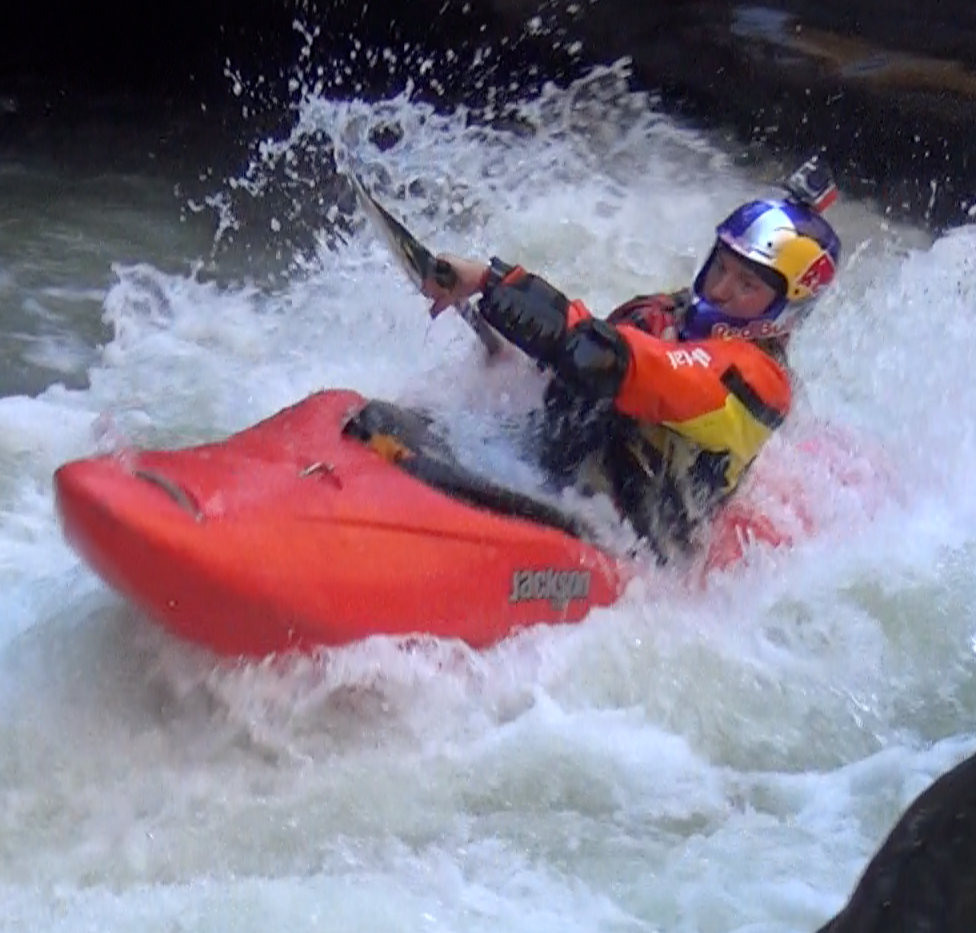 Dave Jackson could well be the 2014 surprise winner ©kayaksession.com

I started writing about juniors– you  know, the folks under 18– but what is crazy is the caliber of paddlers who are only a few years out of high school. (I mean, if they graduated).  A couple have an opportunity to achieve something outrageous at the Green Race this year.  The obvious top young gun is Dane Jackson. At only 21 years old, Dane is my odds on favorite to win this year.  He finished second in the last two races, so he is primed and ready.  The other, lesser-known young gun is 19 year old Hunt Jennings.  Hunt came out of nowhere last year, finishing a minute and twenty seconds faster than his best previous race time and in 5th place amongst the big boys.  He could take it all if the lines are silky and smooth for him.

One of the more exciting developments out here on the Green in the last couple years has been the dramatic increase in the number of women paddling.  A couple weeks ago, there was a “take over” of the Green by a huge posse of close to 50 female paddlers.  It was a tribute to Shannon Christy and a showing of how much the community of  women on the Green has grown.  Though the number of women paddling has grown, the competition is still trying to catch up with long time race champ Adriene Levknecht, but with the insurgence of more paddlers there will undoubtedly be an increase in competition.

There is no doubt it’s going to be a great race, and the sum of all the stories surrounding it will tell the whole tale. 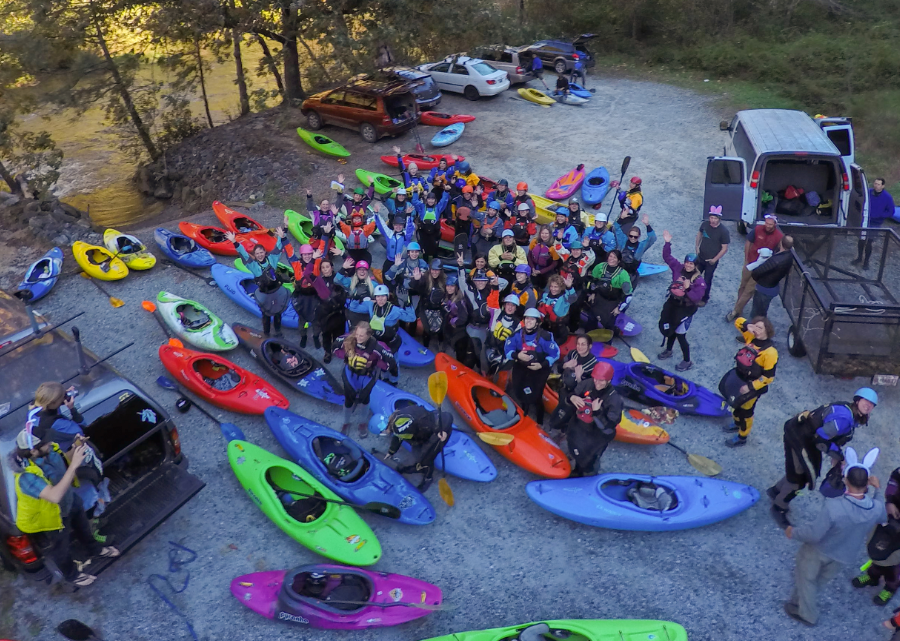 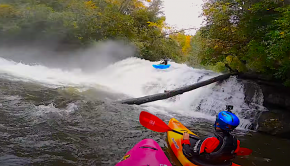 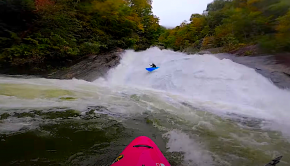 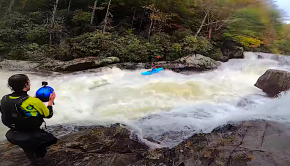 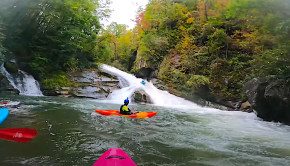