"Tameless" - The rivers of Siberia from Tomass Marnics on Vimeo.

« Tameless » – The rivers of Siberia

In summer 2013 an international group of kayakers from USA, Switzerland, UK, Latvia and Russia did a 10 days self-supported trip down the Kitoy and Biluti rivers in the middle of Sayan Mountains in Siberia which was organized by Adidas Sickline team paddler Tomass Marnics.
The Sayan Mountains in Siberia lie near the border with Mongolia, a short distance from Lake Baikal and Irkutsk. A little known region for paddling, with only a few groups a year venturing into this mountainous wilderness, it offers superb multi-day opportunities for the adventurous paddler. We were to paddle two rivers on this trip; the Kitoy and Biluti. Both spectacular and worthy of the effort required getting there.
More information about kayaking in Siberia on tomassmarnics.com/kayaking-in-siberia/ 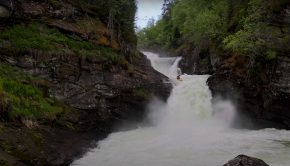 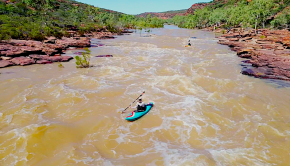 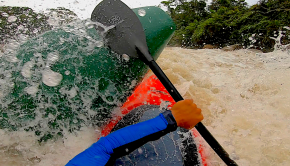