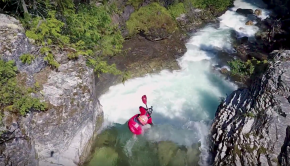 Held annually in the highland region of northern Tasmania, Australia. The Lea river extreme race, now in its 10th year, […

Sometimes you just have to give back. Sporting an injury (something stupid – not kayaking) and bummed to be off […