Browsing the "north fork of the payette" Tag 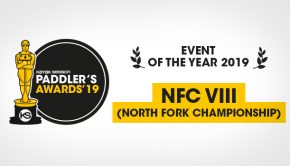 And the winner is in the Events category: The North Fork Championship 2019 This year, the eighth edition of the [… Sweet video recap of the Elite Division – the Finals – of the 2018 North Fork Championships, held on Jacob’s [… Just back from a 24 hours paddling record with Tyler Bradt and the Well bros, follow Aniol Serrasolses down the […