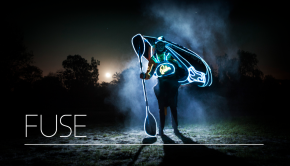 FUSE is a creative kayaking experiment, mixing light and water with freestyle and night. Electroluminescent Wires light up the waves […

When a newbie kayaker goes paddling, he discovers a posse of pros on the river and wonders whether someday he […

In the Central North Island of New Zealand a bunch of local kayakers were dream chasing, sitting in the thermal […

OF SOULS + WATER: THE SHAPESHIFTER

Episode III – THE SHAPESHIFTER The supernatural… does it exist? The curious explore unbound by restrictions of place and mind […