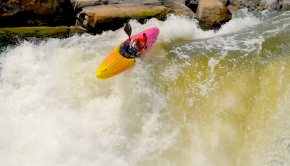 31 year ago, the Great Falls Race on the Potomac River began, and now today this event is bigger than […

A solo trip I took on the top of the Youghiogheny river in Maryland By: Jason Liggett

The story of the first descent of the Upper Yough in Maryland, completed almost 55 years ago today on May […