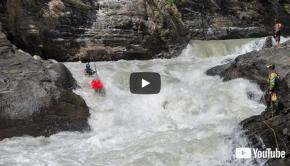 The final phase of our summer roadtrip saw us head to Golden, then over to Banff and Jasper National Parks [… Stoutsgiving – Drone Filming on Leap of Faith on the Elk River, British Columbia

Sweet film my cousin put together from last weekends (Canadian) stoutsgiving for the kayak communities viewing pleasure, check it out!!! […

Made in Canada Episode 5 | The Elk

For Canadian paddler Mikkel St-Jean Duncan, the Elk River in British Columbia holds a special significance. Not only is it […