For those who embrace chaos and zen whitewater can provide pure joy on many levels. Take a ride through the [… 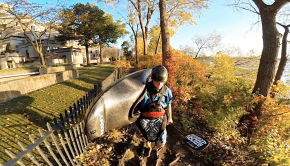 A drone video of Athlete Devyn Scott and Filmer Ben Fraser set off for a weekend fall mission.  Friday morning […