Stakeout is the search for big water and big waves that comes with every spring melt in northern Quebec. 2013 brought some of the biggest water from the past 30 years. This epic high water and great group of paddlers brought a whole new progression to the table with more air time, combos and crashes then ever before. 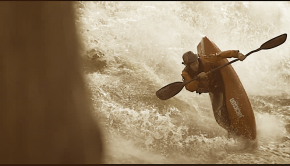