Walking into the freestyle arena this morning is noticeably different from the past week of team training – there is a new intensity and energy resonating across the venue. Music pulses out of speakers and camera crews are setting up on the river’s bank. Announcers are testing out the PA and the timing system, and the grand stand is full. The athletes are filtering in and gearing up to test their mettle against competitors from around the world. It’s show time. Spectators line the arena as the competition heats up in the junior men’s preliminary rounds. ©Peter Holcombe/kayaksession.com 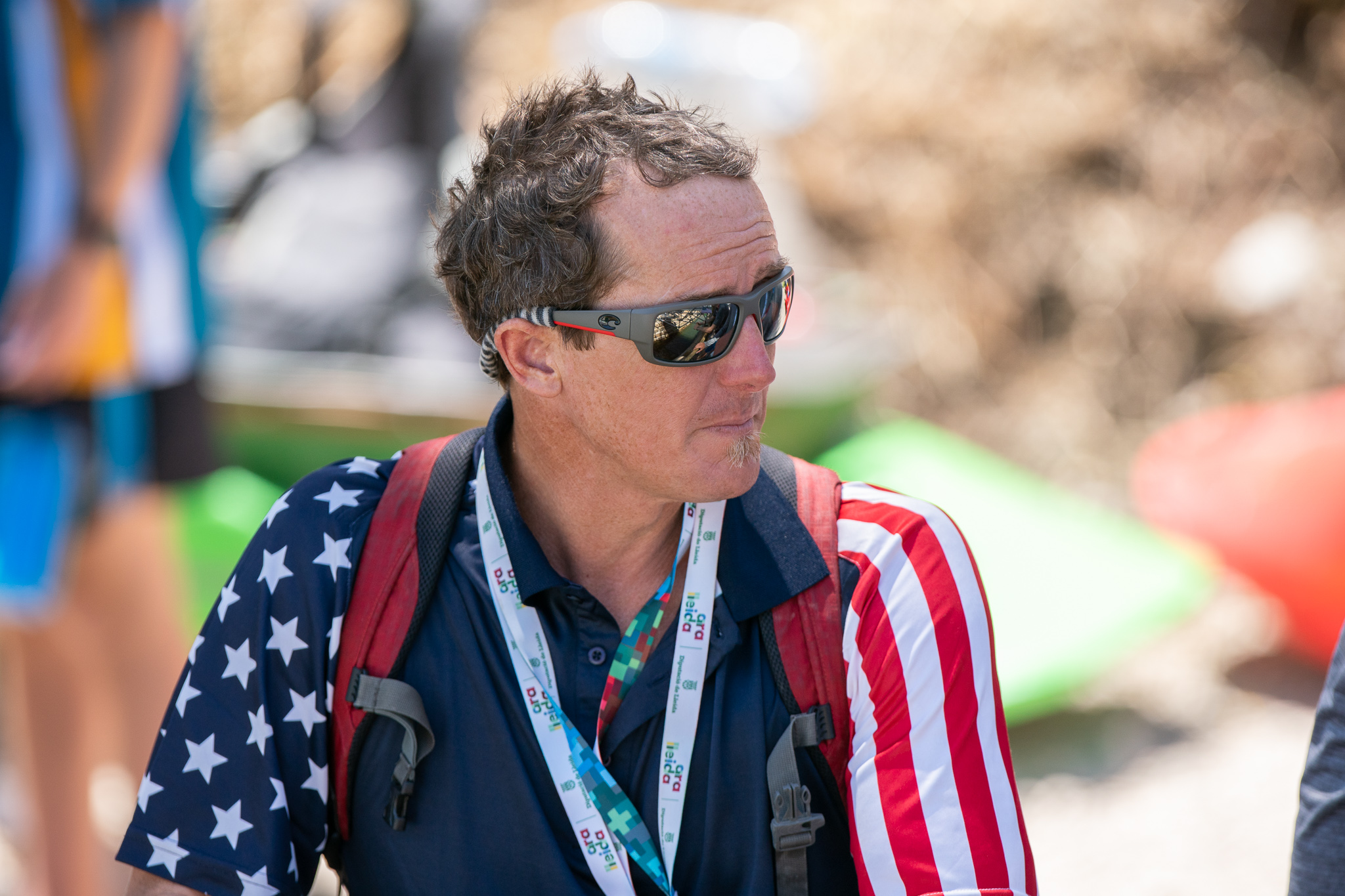 Now that Clay Wright has claimed the gold in squirt, he has shifted gears and is coaching team USA athletes. ©Peter Holcombe/kayaksession.com 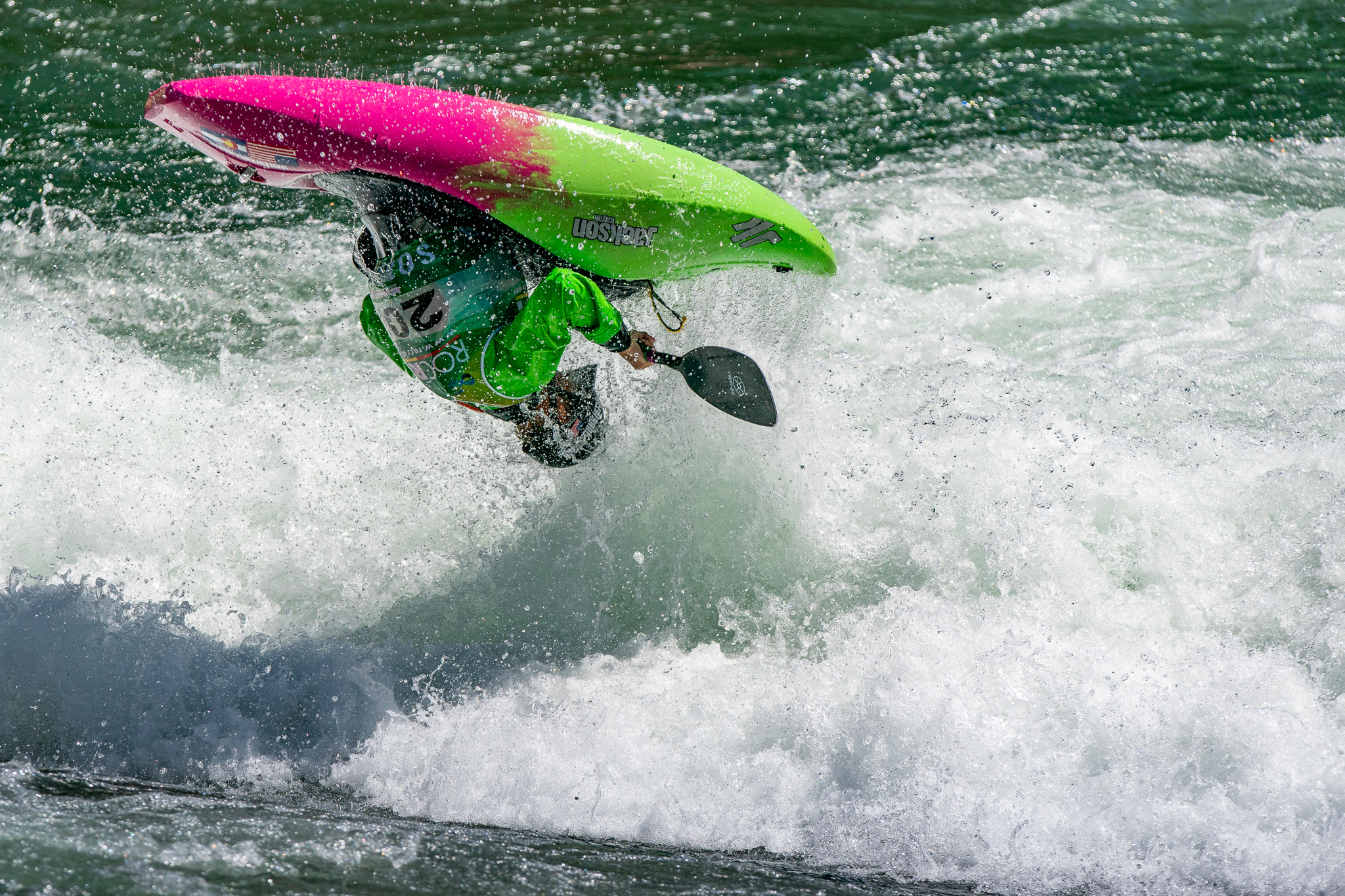 Today marks the beginning of a culling process where athletes will vie for a position first in the preliminary rounds that cut to the top 10, then semi-finals that will cut to the top 5, and culminating in a final round to determine the world champion. I think Clay Wright summed up the dilemma in competing in preliminary rounds brilliantly when he said “I’m always torn between playing it safe and ensuring that I get to paddle again in the next round, and going all out to give the audience a show stopping performance. Hopefully it all comes together and you get to do both.” 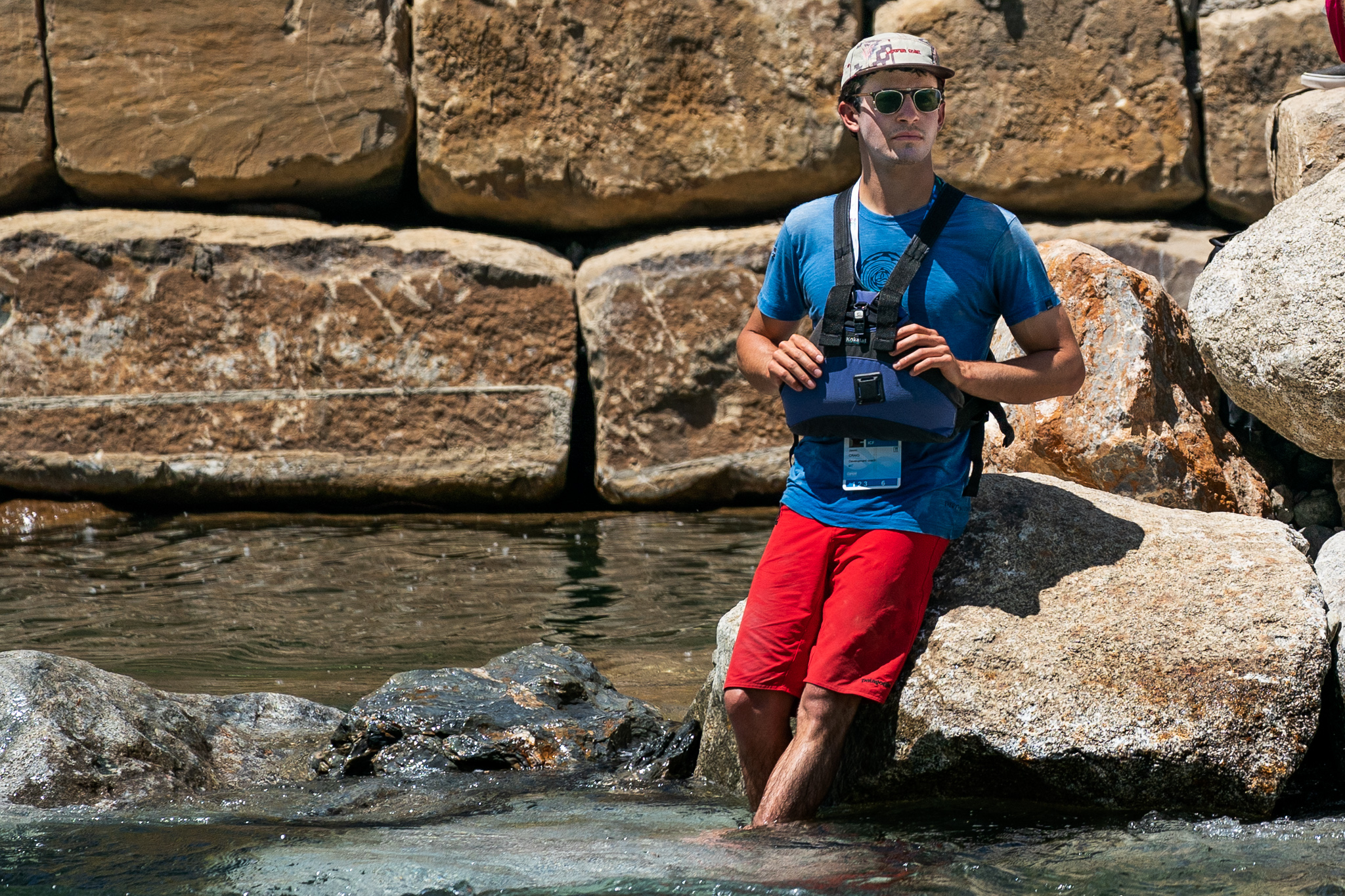 Former Junior World Champion, Jason Craig (Usa) serves as a coach for several of the young men who participated in the junior development camp during their preliminary rides. ©Peter Holcombe/kayaksession.com 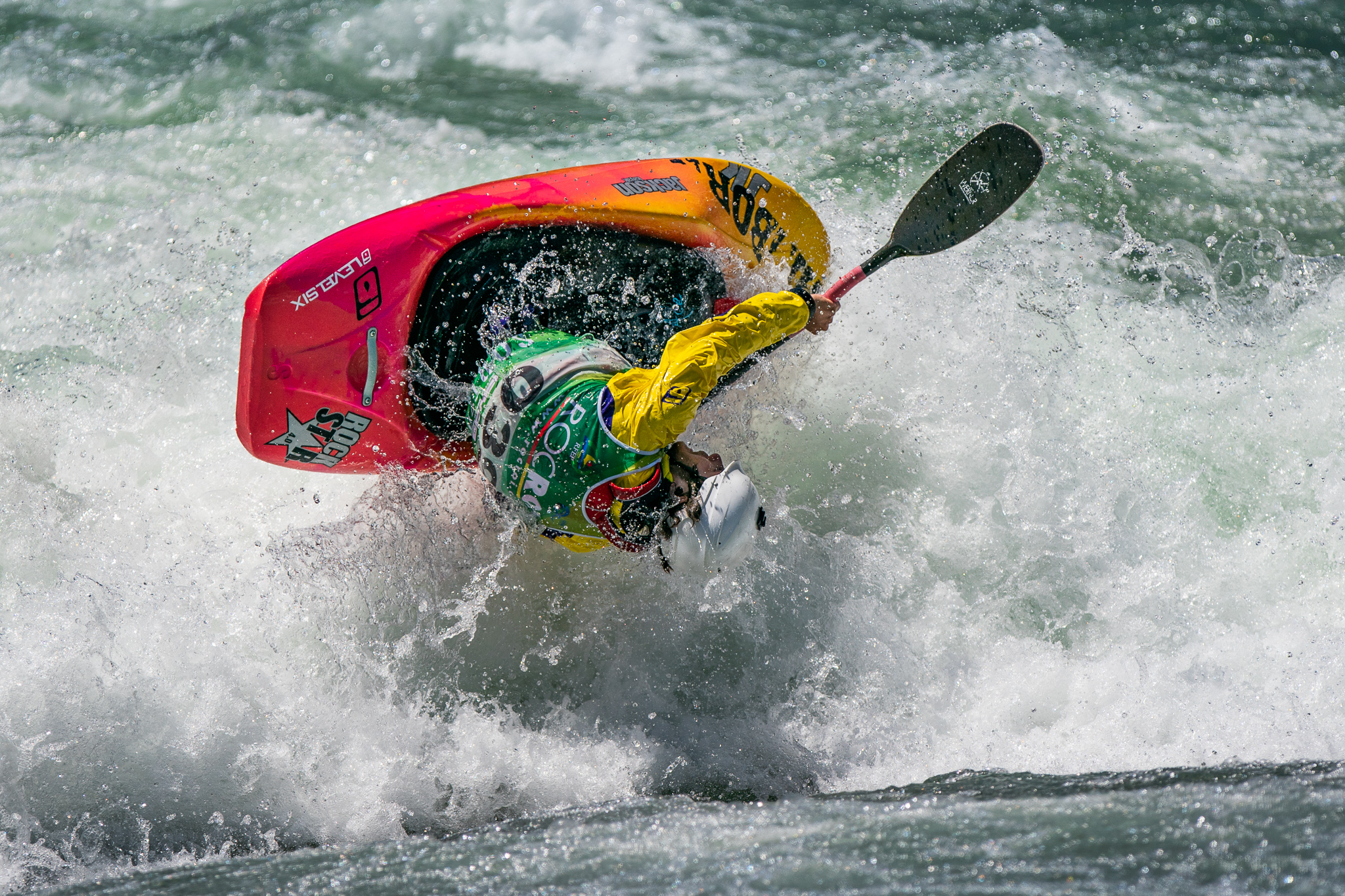 Although Luke Pomeroy (Canada) is known as a wave specialist, his hole tricks are not to be underestimated. Luke placed 8th today and will represent Canada in the semi-finals on Friday. ©Peter Holcombe/kayaksession.com Allan Stievenard from France sets up for a huge McNasty. ©Peter Holcombe/kayaksession.com

First up was the open canoe class with twelve competitors from seven countries. The competition heated up Jonas Unterberg from Germany attempted a McNasty in his first ride, and which Jezz Jezz matched with a stellar entry move in his subsequent ride. I expect these men are going to go even bigger in the semi-final rounds as they battle their way into the top five spots for the final competition. 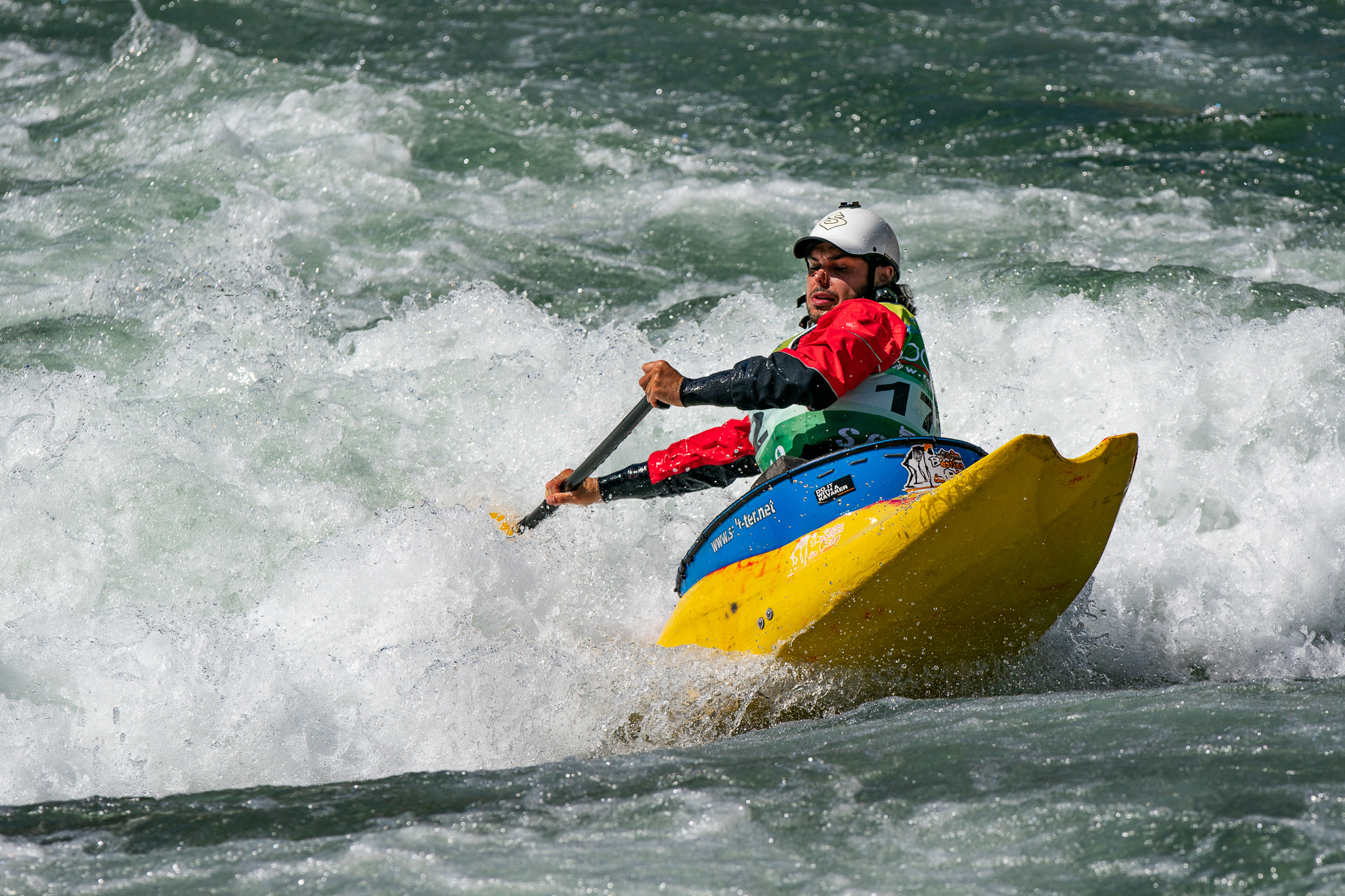 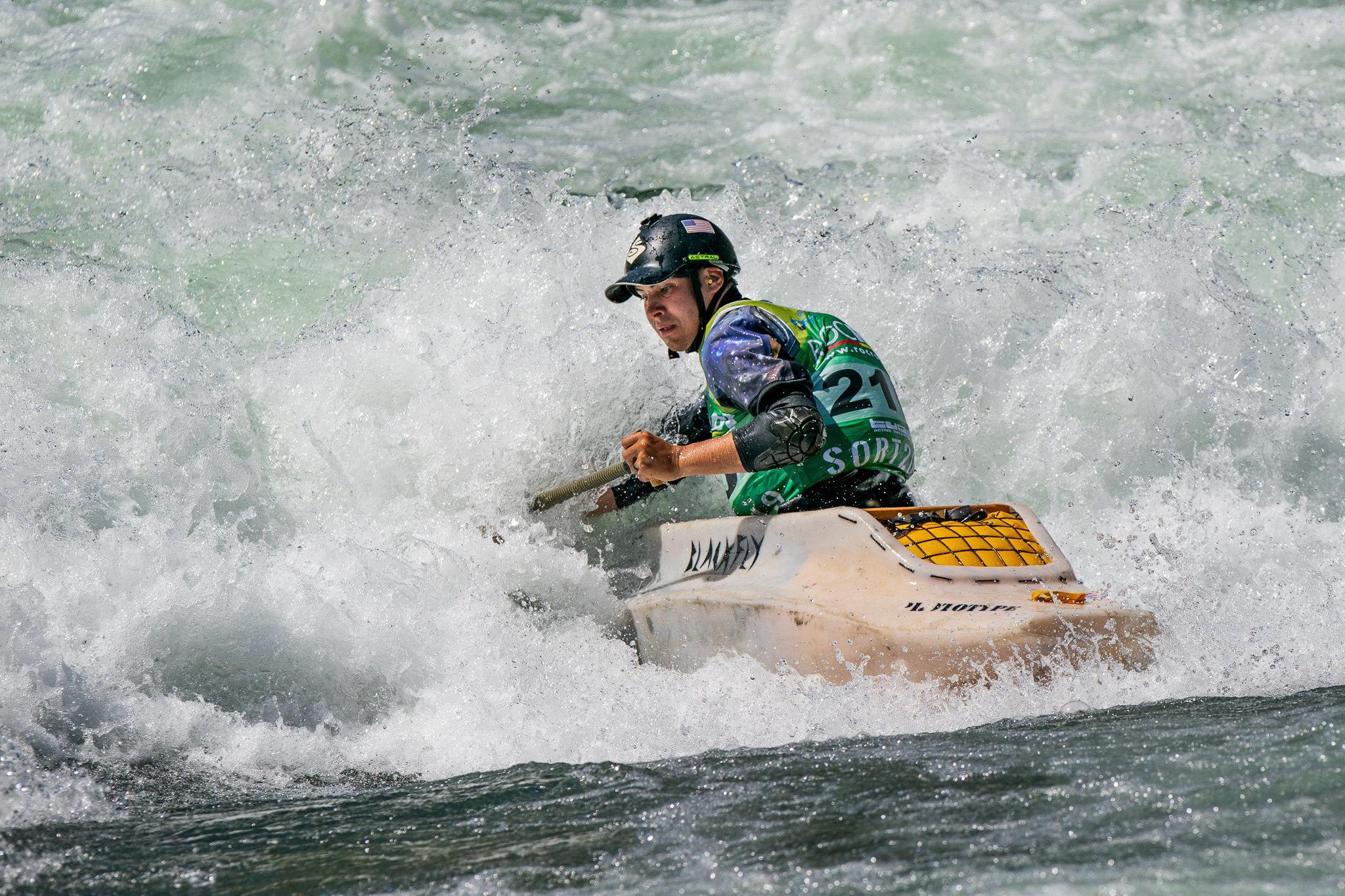 Prelims results for the Open Canoes at the 2019 Freestyle worlds in Sort (Spain) Top 19 move to next round. ©kayaksession.com 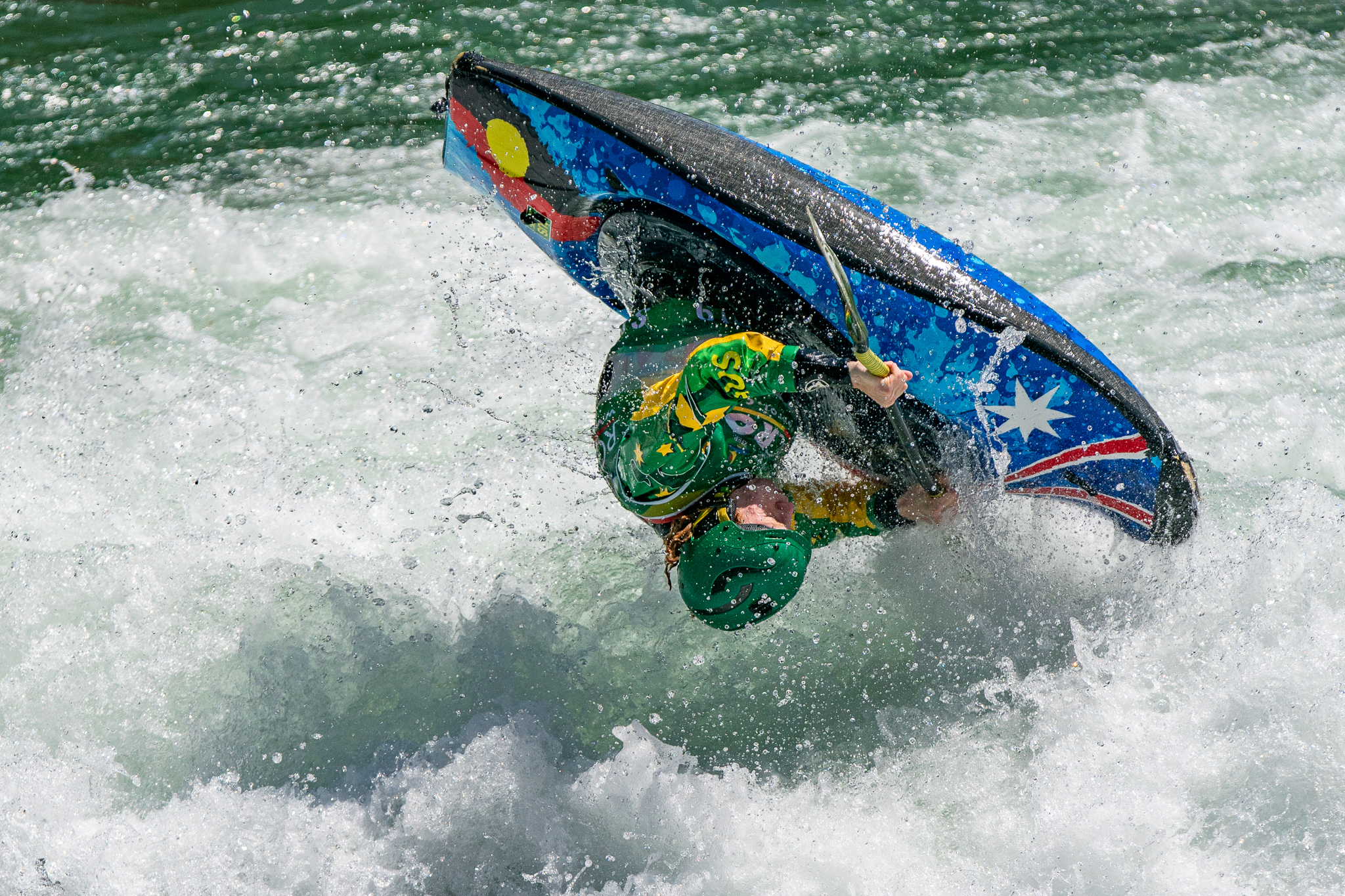 The remainder of the day was dedicated to the junior men’s K1 competition. This class was comprised of 35 young men, ages 15-18, from fifteen countries. The dynamics in this class are fascinating in the regard that for some of these young athletes have been kayaking for a very short time and are just beginning to master the freestyle fundamentals, while others in this class have been paddling most of their lives and are skilled enough to hold their own against the top men in the sport. The three athletes from team USA topped the heap today with Dally Kellogg in the lead followed closely by Mason Hargrove and Riley Frank. Interestingly enough all three athletes from Spain will also advance to the semi-final rounds. Regardless of the paddling skillset or performance of all of the young superstars who took to the feature today, they have spent the week in the eddy alongside their freestyle heroes who frequently offer shouts of encouragement and advice throughout their training rides. 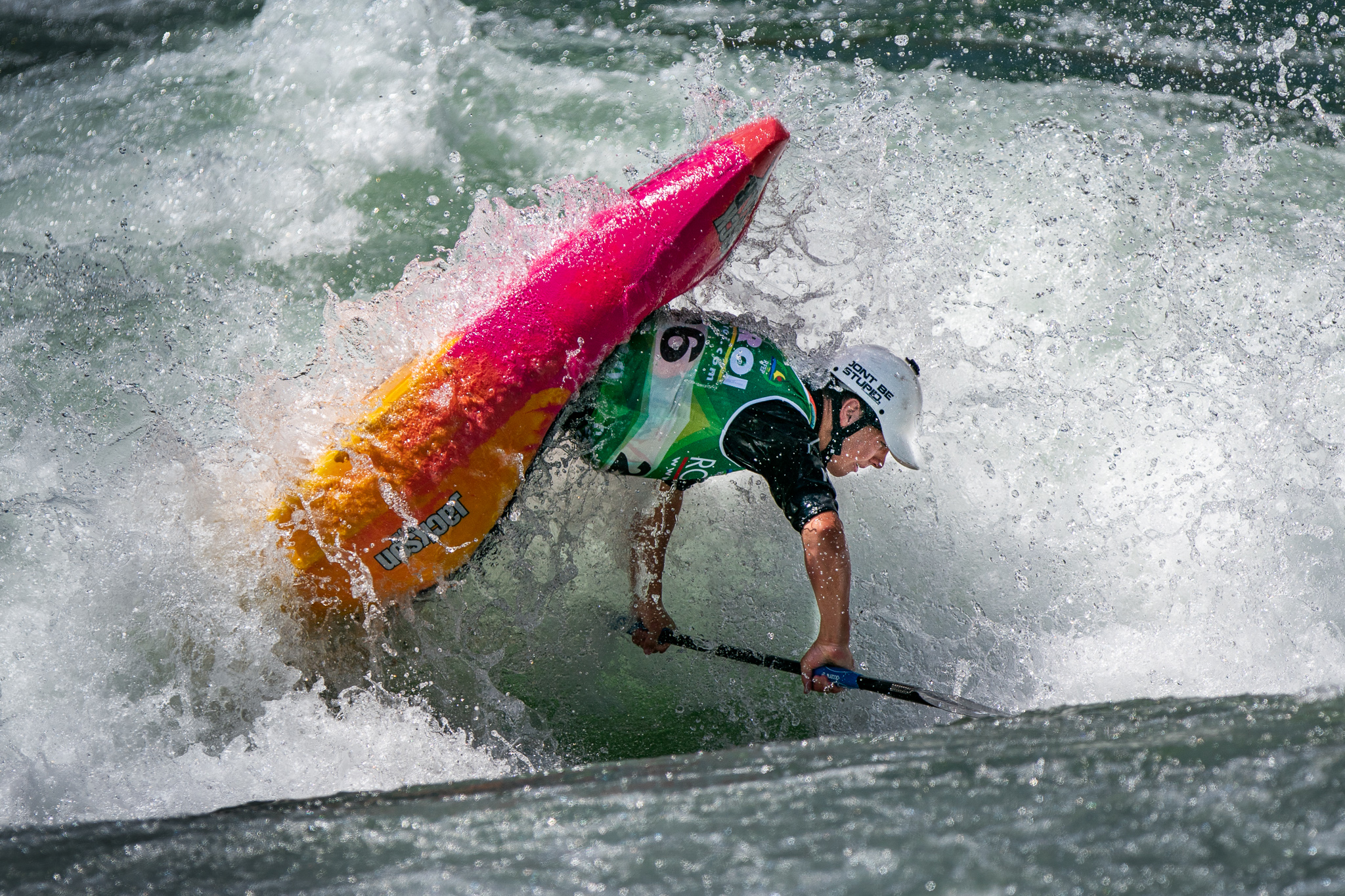 Dally Kellogg (Usa) threw down the top scoring ride of the day in the second ride of the event. ©Peter Holcombe/kayaksession.com 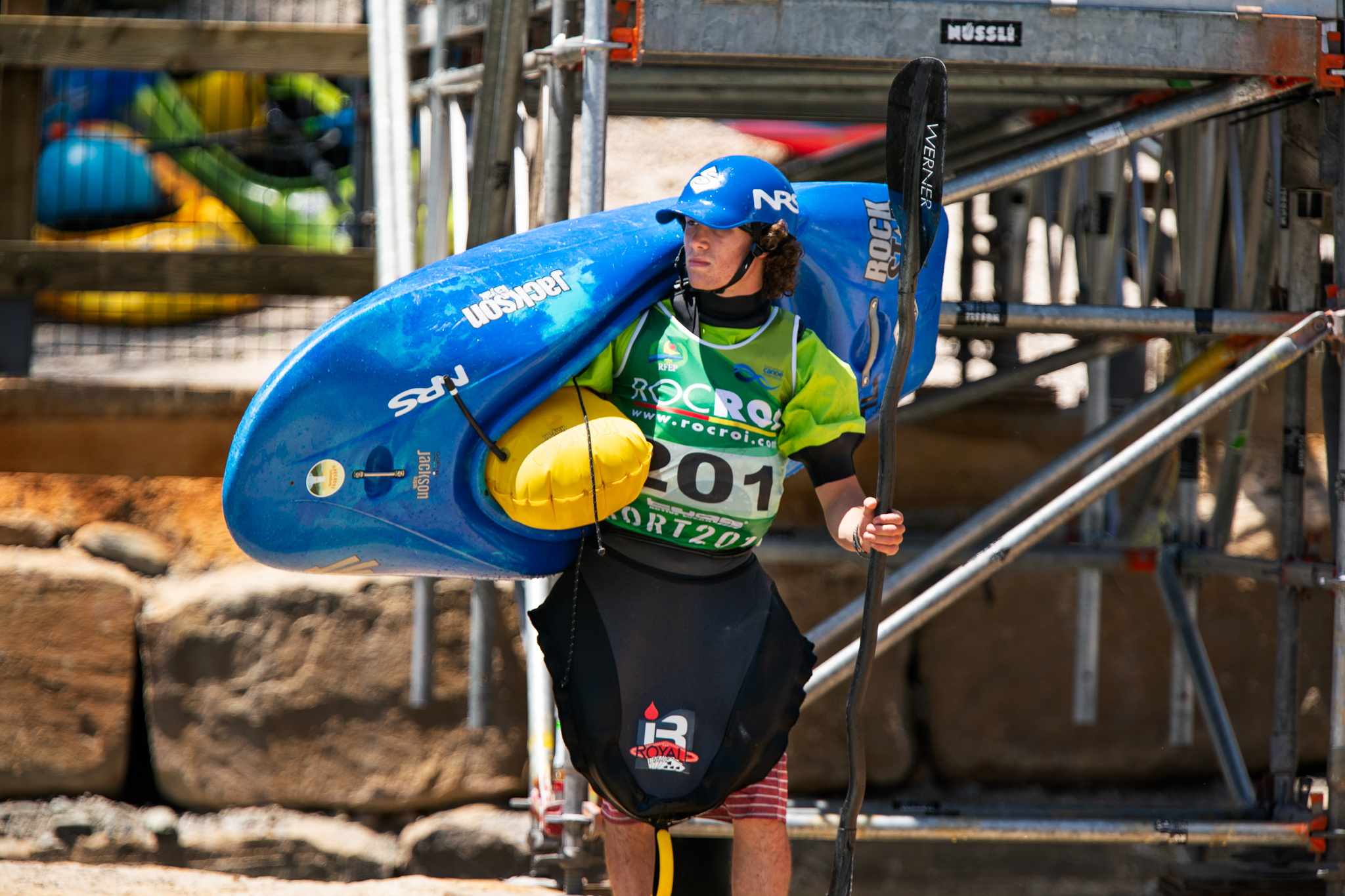 Mason Hargrove (Usa) watches the competition as he awaits his turn. ©Peter Holcombe/kayaksession.com 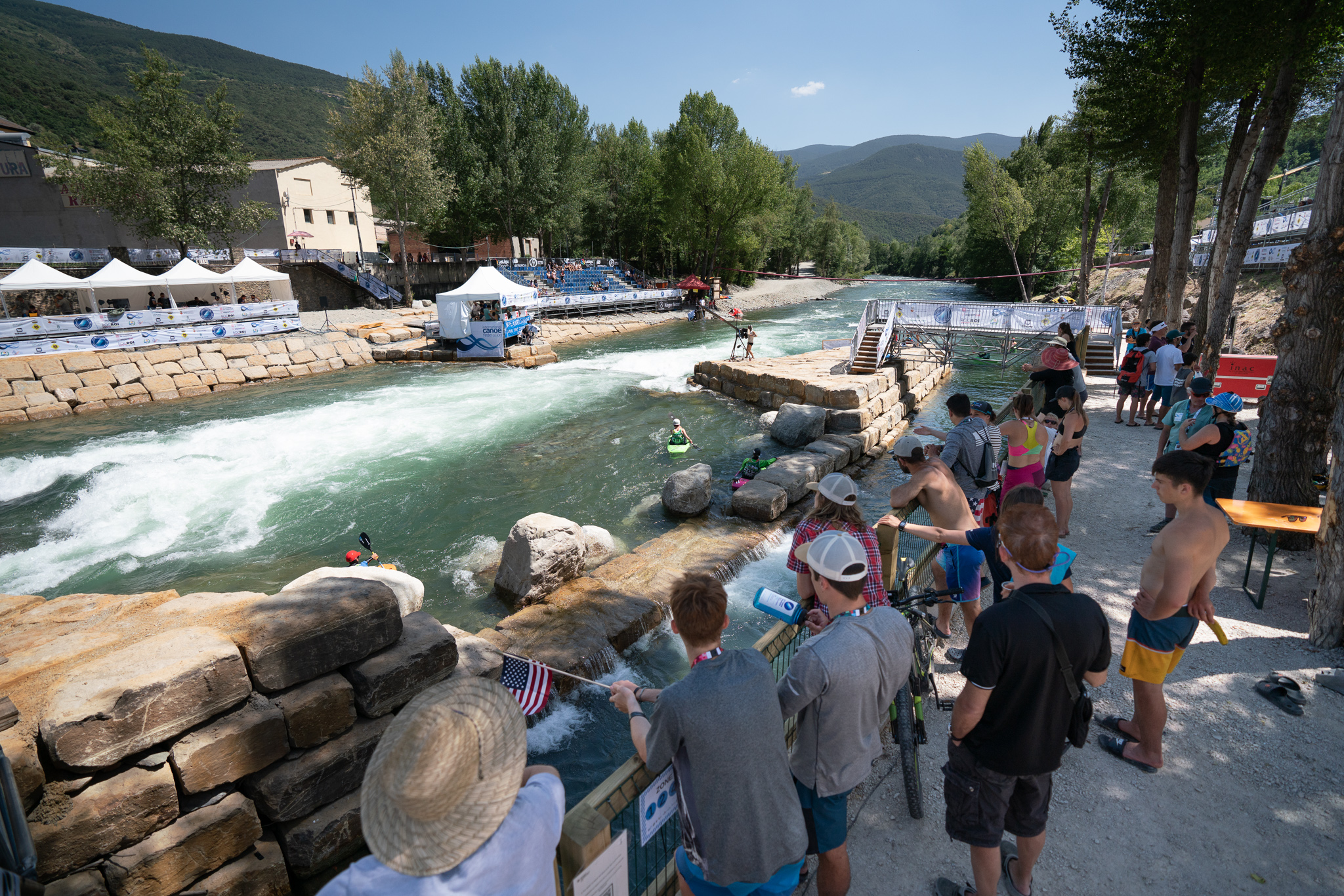 The Sort Playspot is an incredible location for a Freestyle Competition. Inlet for TV Crews, large area for spectators, athletes area, all this downtown. ©Peter Holcombe/kayaksession.com

Prelims results for the Juniors at the 2019 Freestyle worlds in Sort (Spain) Top 10 move to next round. ©kayaksession.com

Beyond the informal tips provided by the pros during team training, many of the young paddlers at the event have taken advantage of a junior development camp provided to all competitors, aged 15-18, by the International Canoe Federation. The camp is run by Jason Craig from the United States, 2011 junior freestyle world champion, and Pancho Castello Bello from Mexico. Jason and Pancho have been incredible resources for the junior paddlers here in Sort, over the past two weeks through on-water training sessions, coaching during the competition and offering clinics and workshops with top paddlers from around the world. It is great to see the ICF investing in the future of our sport, and based on the performance of the junior men today, that future is incredibly bright. 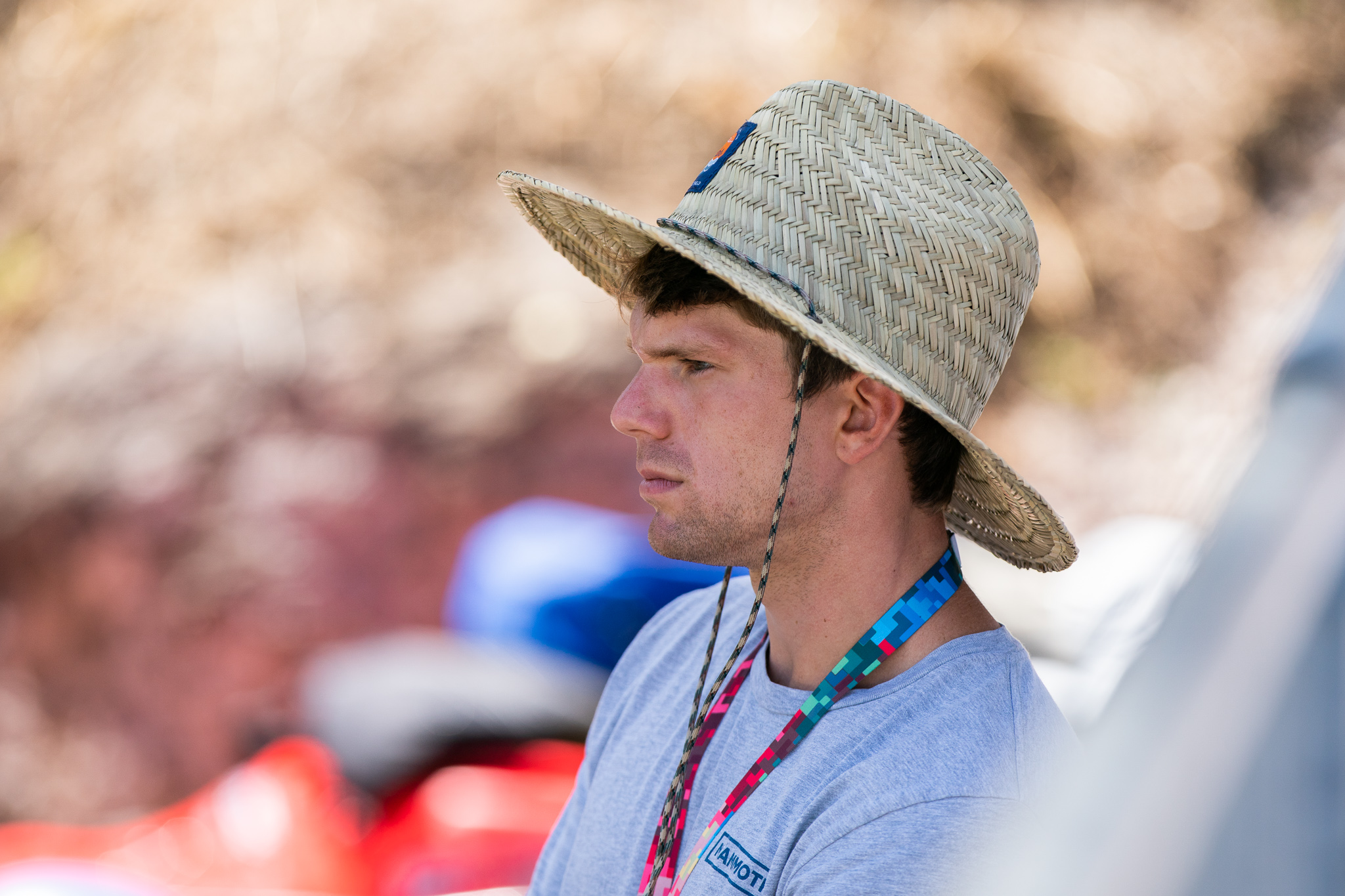 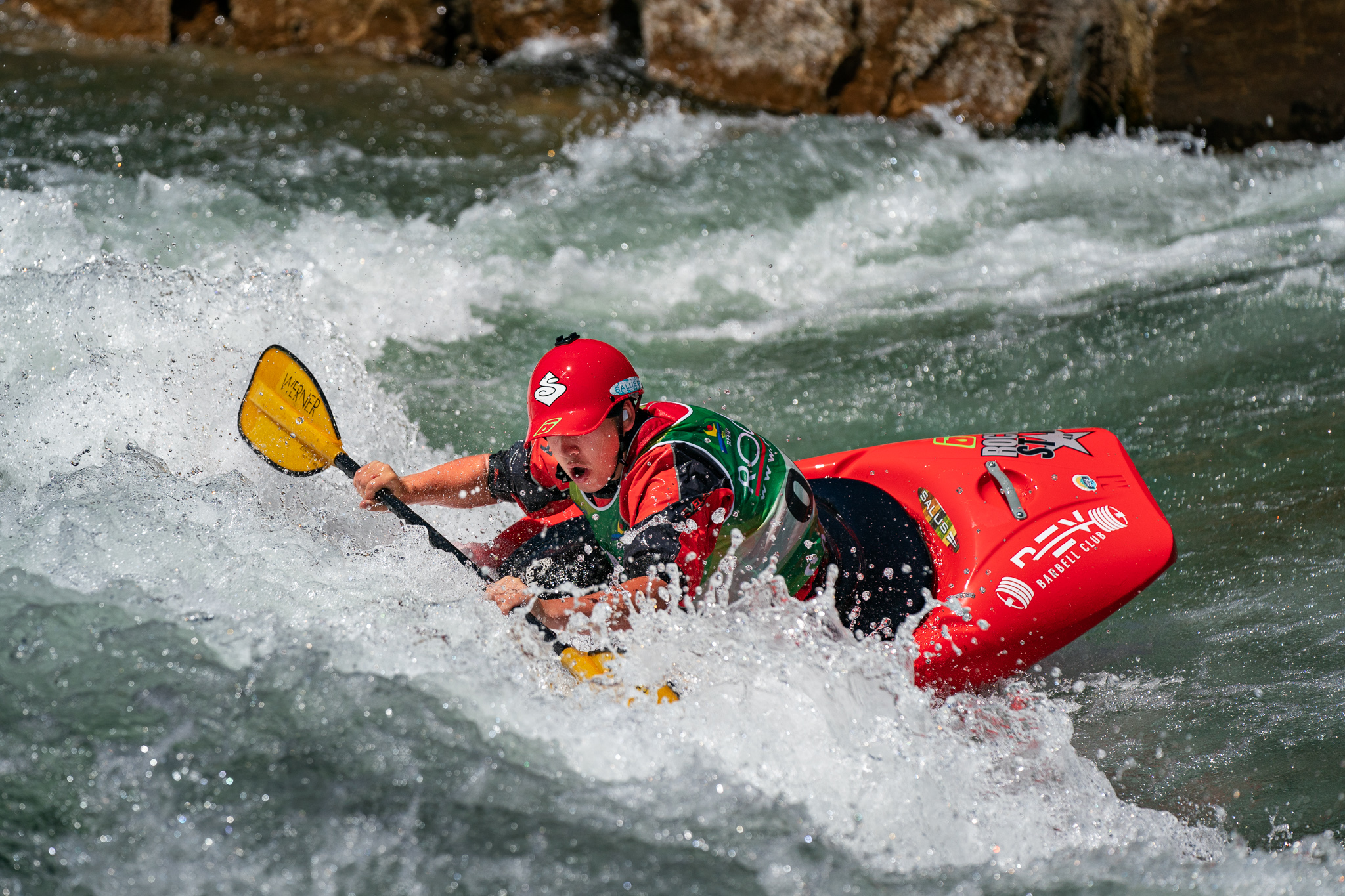 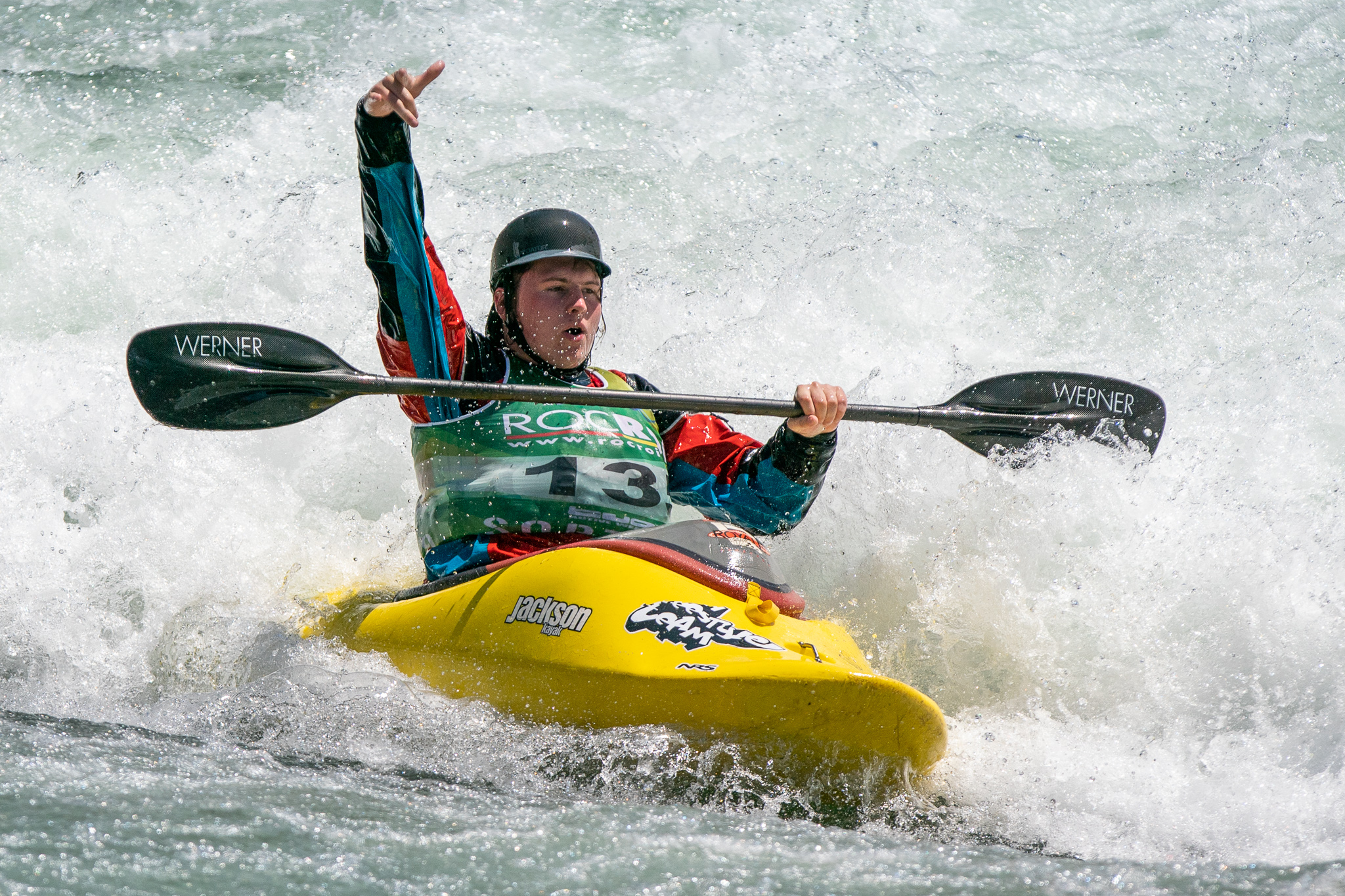 Aleksei Mzhachev from Ireland celebrates at the end of his ride. ©Peter Holcombe/kayaksession.com 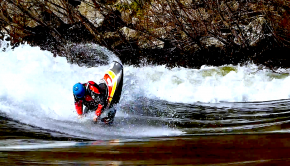 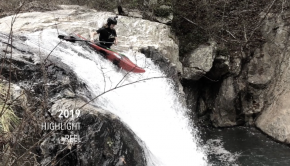