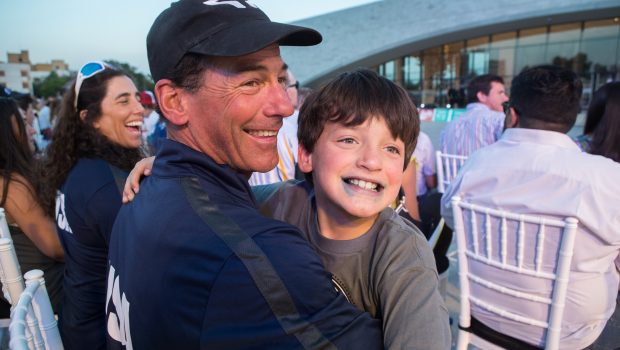 Good thing I’m not in Argentina!  My 9th hour sitting watching the live feed and this cushioned chair feels pretty good compared to those stands.  Yes, I’m that guy 😉  Today is one of those ‘don’t miss’ days as the junior’s take to the feature in San Juan.  These kids are the future of freestyle kayaking.  Where yesterday at the squirt competition we saw a span of generations, today we witness the Next Gen. 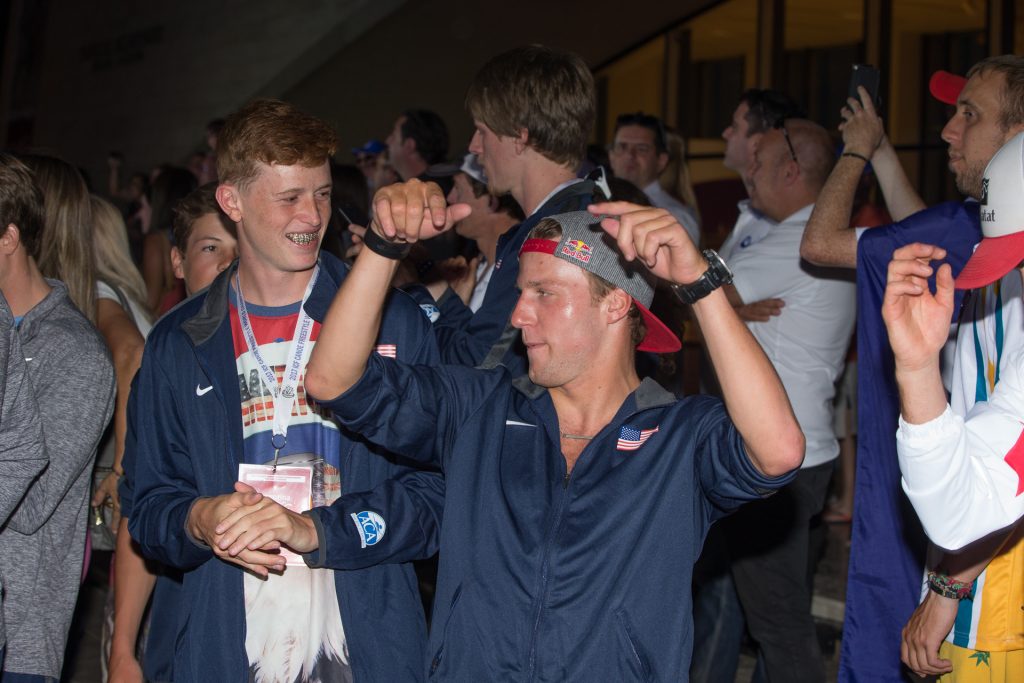 First, a little history and a humble opinion:  The next generation of elite athletes in freestyle has had a great deal to do with parental programming.  When you hear horror stories from teachers about kids acting out at school, the comment is oft raised “probably poor parenting”.  Nasty dog growls at you?  “Probably the master”.  In freestyle we have a history of elites coming from a family and community environment where encouragement is front and centre; sometimes to incredible levels!  There are a lot of elite athletes in the field this week in Argentina that have come from such positive settings.  Its easy to see the ultimate example/model of family support in the Jackson clan.  Kristine and EJ have toured non stop since the 90’s and their kids clearly benefited (Google “understatement”).  Remember little Nick Troutman?  Raised by river guide dad, hugely encouraging mom, non stop paddling on the Ottawa a block away and whisked off on an RV tour with the Jacksons where he trained continually for years till he finally took title and daughter from EJ. Hunter Katich also benefitted supporting parents and the Jackson tour/training program a few years back and stands ready to do battle near the top of the K1 Men’s senior field this week. I mention this family because there’s this movement in the freestyle tour that rings familiar and has expanded.  Bottom line without core support, its harder for kids to achieve.  Thumbs up parents. 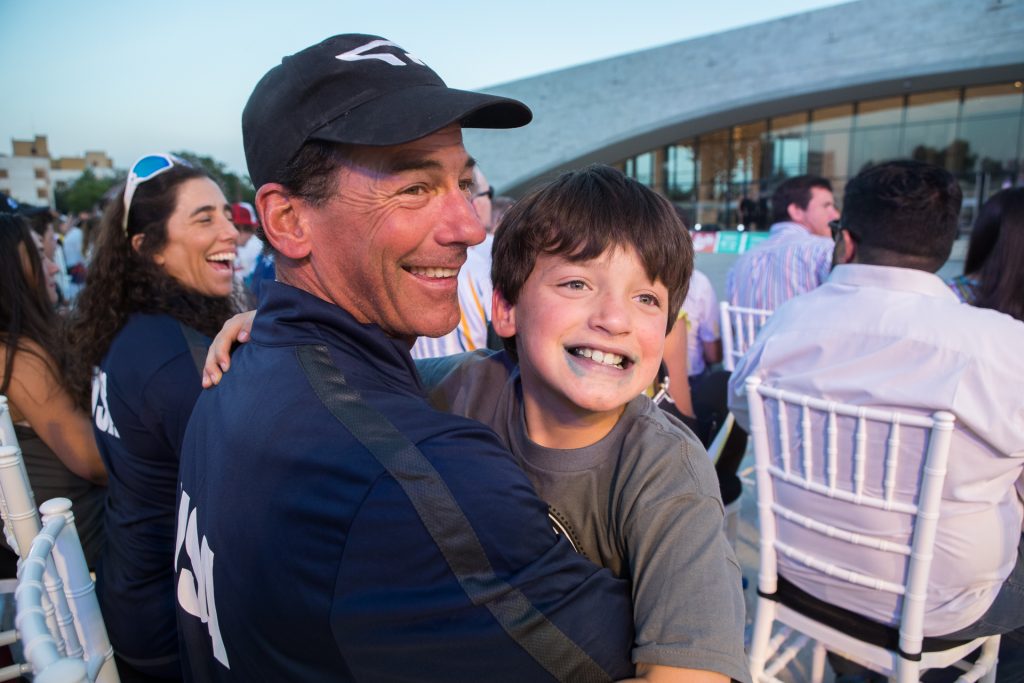 If you look at the names that keep popping up in that junior class there is an eery familiarity to their stories.  Sage Donnelly, currently sitting first in prelims points:  travels with mom and dad, 2 dogs (at last count) and an orange van with 20 kayaks stacked on the roof.  Alex and Hayden Voorhees (over achievers already in both freestyle and river accomplishments): Travel with mom and dad and then the Jacksons pretty much full time.  Then the Ultimate Road Trip family, the Kelloggs! Dally, Kenny and Katy all made the show this year, two on to the next round today:  They are 12 kids and 2 parents in one RV cutting path from event to event across America.  Not sure if dogs are involved (another theme) but TWELVE KIDS ON THE ROAD with most of them paddling non stop!  Further down the road we have the Holcombe’s driving the back roads to hit as many rivers as possible with their daughter, Abby, who placed in the Woman’s division this summer at the age of 14.  I won’t pretend to know all the stories out there but most of the kids that immediately pop out as contenders in today’s junior classes are gaining access to as much on water time as possible; thats a parenting thing. 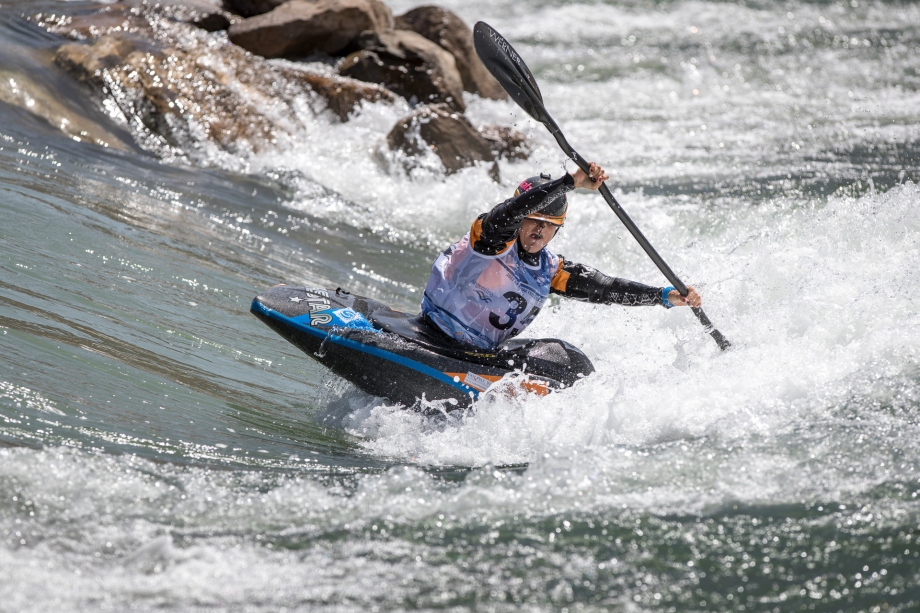 If the family situation does not lend to constant training there are a growing number of opportunities with adventure based schooling.  Organizations like World Class Academy don’t just offer kayak lessons, they offer full high school curriculums.  World Class plays host their scholastic programming in a variety of kayak dreamlands around the world and lend to daily training opportunities that ‘regular’ school can’t unless homeschooling.  There are many programs, like the Ottawa Kayak School’s Keener program and Otter Bar’s Not Quite Grown Up class, that focus on busting kids through to the elite level at a young age.  These programs are becoming the mainstay for quick evolution into kayaking and both tend to sell out immediately each year.  Lots of kids coming our way via kayak schooling!  Where a full time scholastic program might mean you missing your kids for a good bit per year, I can guarantee you that they don’t miss you… sorry, just one of those things.  Where was World Class when I was a kid??!! 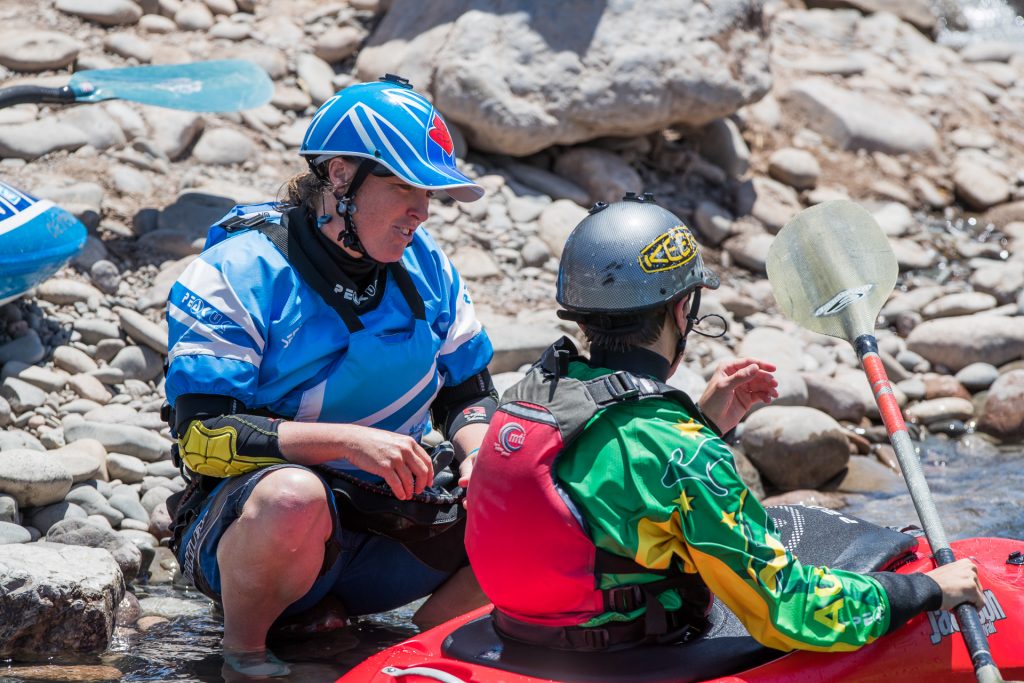 As I watch the “scrunchy” version of the live feed (pro feed on later, super annoying) I see super star folks like Stephen Wright, Dane Jackson and Claire O’hara on the rocks lending advice to this next generation of competitive kayaker.  Where many sports have formal training and support staff, freestyle has some incredible built in coaching.  Unfortunately the answering machine at most national canoe organizations states “freestyle is not an olympic sport so no funding is available”.  This places the burden of training the next generation of kayakers into the hands of ‘this’ generation of kayakers.  Thankfully the kids out there are in great hands.  Over the years of working with some of the top paddlers I can’t think of a single case where the Next Generation of paddlers isn’t fully supported with coaching from those still competing.  If you ever go out early enough (like « still dark and no coffee yet” early) you will see the entire elite clan first on the feature.  With them, many of the juniors.  I was listening to Jez on the microphone today (another of those uber coaches who travels each year with kids on a tour of his own).  You can hear an emotion in his voice as some of the kids were laying it all on the line; it was distinct pride in that next generation’s performance today.  Its just that kind of community.  Freestyle is currently without a net.  With all the sports out there with paid coaching, nutritional guides, chiropractors, massage therapy, make up and foot grooming, I have to say Freestyle has done mighty fine with the awesome internal support the junior ranks get from the senior ranks.  Standing ovation please.

I sit here watching the second last heat and out comes this kid, Dolle from France.  After watching Sage,  Ottillie and the thousand point boyz (Harry, Alex and Hayden) this Next Gen kid, Tom Dolle lays down a 1500+ point ride.  I don’t pretend to know all these young kids  but I’m guessing that Dolle too is getting the freedom to be on the water 24/7, the support from family, awesome mentorship and will become the next elite to beat (hey, that rhymes).  Just watch, betcha Dolle barely trains, started a week ago and is just freaking good 😉

Note from author: using Dolle as an example ’cause the owner of this magazine is French.  Kids, its called “brown nosing” 😉  Learn from the master kids … you’re welcome! 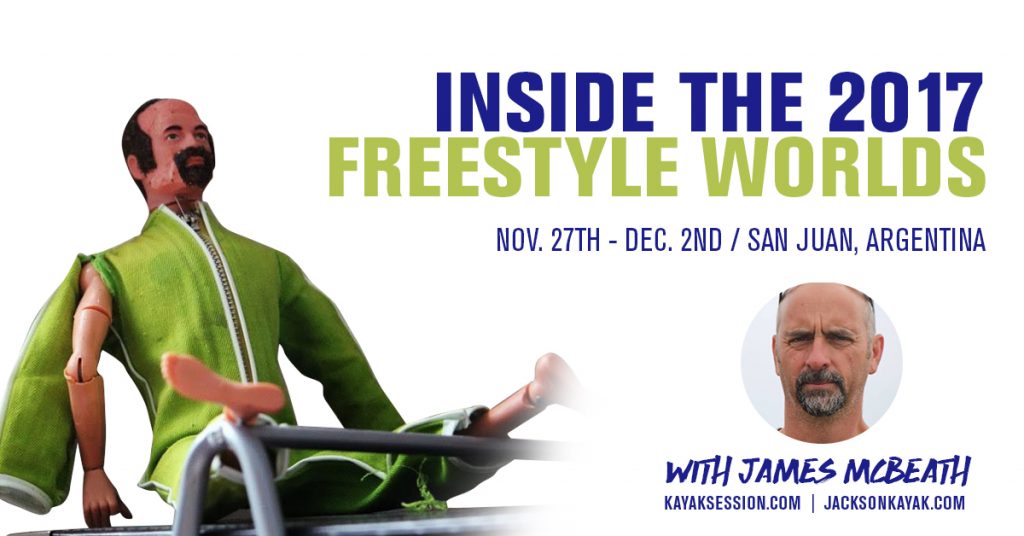 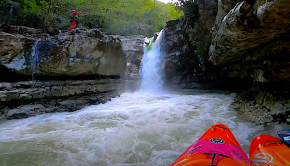