Highest recorded levels of punishing whitewater in Tumwater Canyon? Don’t mind if we do!! This spring, one of the stoutest international crew met up in LEAVENWORTH, Washington! Why? Because Tumwater Canyon, a big water classic was running above 16 000 CFS, the highest flow ever recorded for this river. As big as it was, some of the rapids were still runnable and the team decided to try their luck. Watch epic beat-downs and sick lines on some of the biggest water on the West coast! Director: Jules Domine Producer: Jules Domine Athletes: Lane Jacobs, Evan Garcia, Erik Johnson, Jules Domine, Ric Moxon, Gerd Sarrasoles. 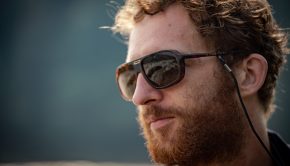